The other day I made some Hedgerow Jelly with Blackberries, Sloes, Elderberries and Apples. It turned out so nice that I've now got the jelly-making bug! As I wrote yesterday, I went and foraged some Rosehips, which I wanted to be the basis of an improvised Mark 2 version of Hedgerow Jelly. 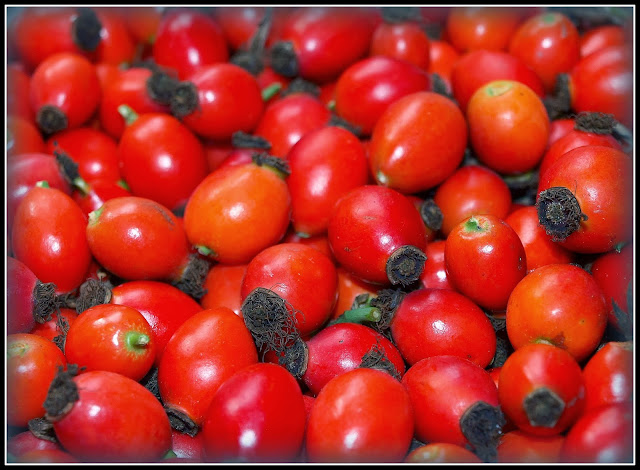 Rosehips are not often used these days, despite their easy availability. I think they have a reputaton for being too "good for you". Apparently they have a high vtamin C content, and I know that my Father's generation would definitely have associated them with the Rosehip Syrup that many people made during World War Two, when fresh citrus fruit was hard to come by. 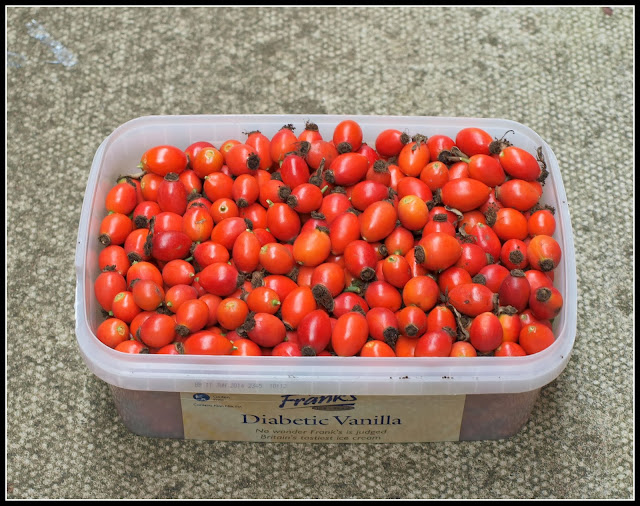 Since I was a bit unsure whether Rosehip Jelly on its own would be pleasant, I decided to combine the Rosehips with some Apples and some Sloes. Apples are always a good thing to use in fruit jellies because their high pectin levels aid setting. So my 750g of Rosehips was combined with 450g of Sloes and 1.2kg of Bramley apples. For extra flavour I even chucked in a handful of Raspberries from the garden! [My Raspberries are very late and very scant this year, so I didn't have a quantity big enough to do anything with.] 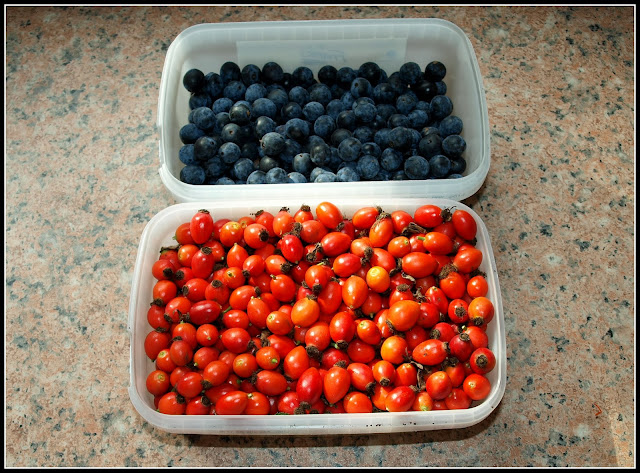 So here's the fruit cooking: 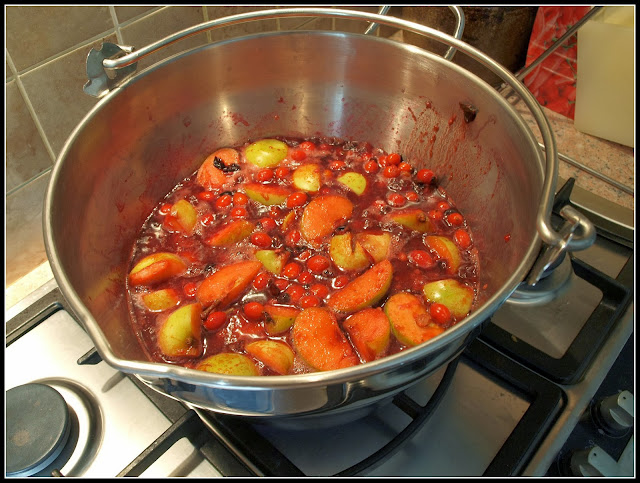 The Rosehips were very firm and took a long time to soften. I helped them a bit by squashing them with the back of a wooden spoon. 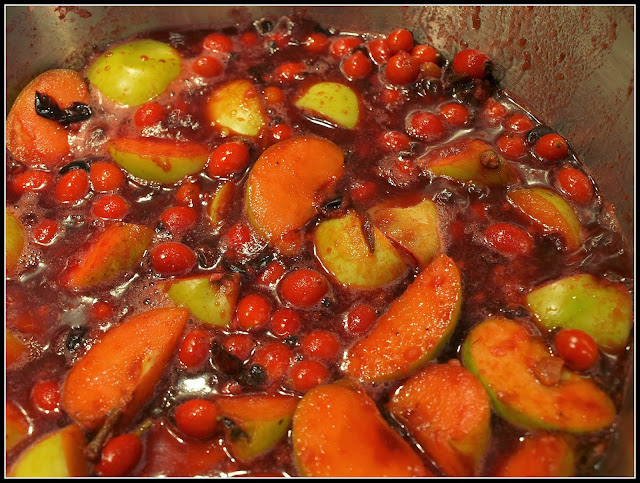 I strained the pulp overnight through a jelly-bag, and the following morning I had almost exactly 500ml of juice. With the addition of 450g sugar, this eventually made two jars of jelly: 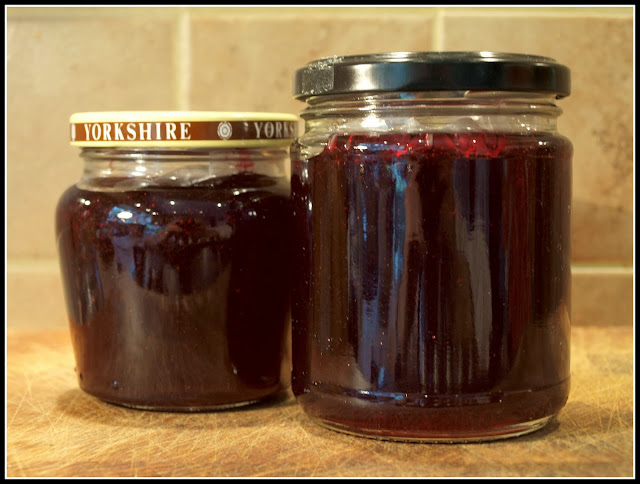 I'm not going to describe the method I used for making this jelly, because it is exactly the same as that which I described the other day. If you would like to see what that was, please follow this link: Hedgerow Jelly


Just a word on that first batch of jelly I made:  It is absolutely delicious. The depth and intensity of its flavour are miles greater than anything you can buy in a shop. I had some on a buttered crumpet on Saturday morning - heavenly! I haven't tried any of this second lot just yet (other than licking the spoon while I was making it), but it is a fair bit lighter in colour and hopefully it will taste significantly different. I expect it to taste quite "plummy" because of the sloes. I'll let you know...
Posted by Mark Willis at 12:00