Although the harvests are beginning to thin out now, I'm still getting some nice things from the garden. 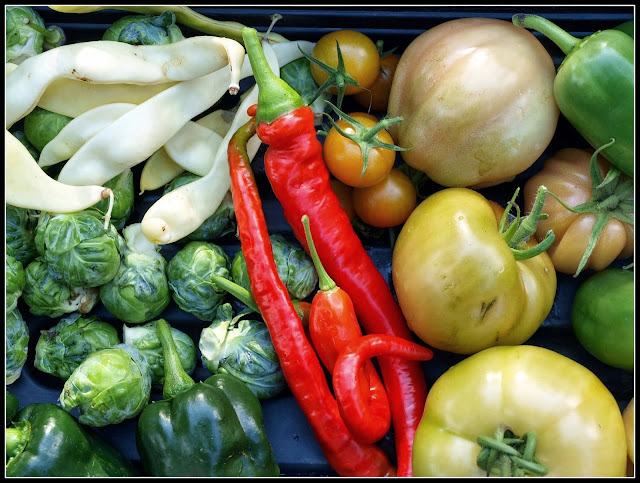 I've published so many photos of tomatoes recently that you probably don't want to see any more, but I am still picking them, so here's evidence that they are still being put to good use in the kitchen. This is a batch of sauce in the making, using a variety of different tomato types: 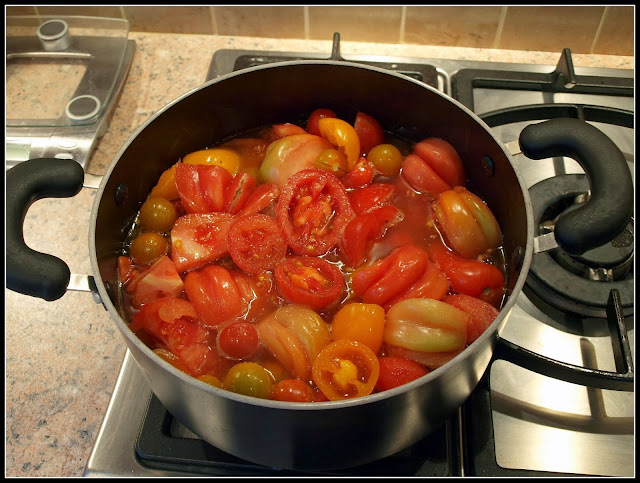 ﻿
The cucumbers haven't given up yet either. 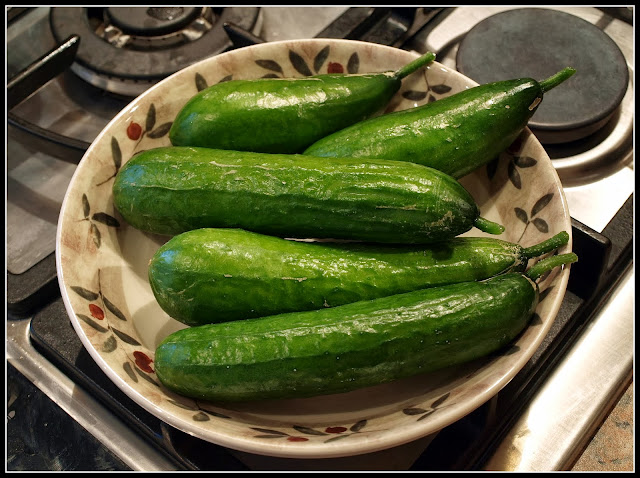 We have had seven fruits this week. A couple of them seem to think that they are pears, not cucumbers! 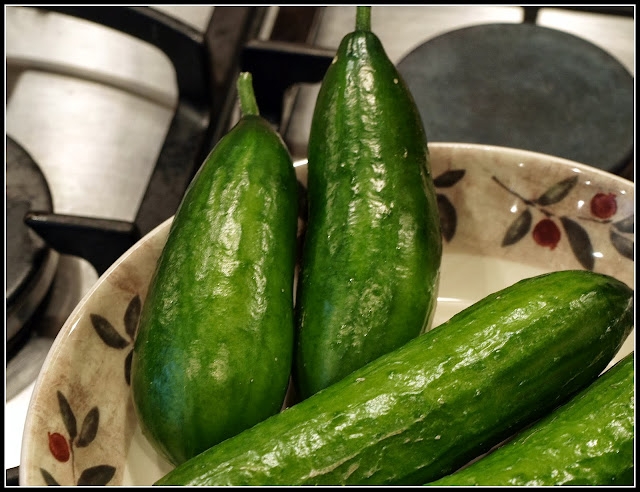 Why should the fruits be a different shape, just because it is late in the year? Does anyone know?

This was Friday's harvest. It included a few more beans from the "Cobra" plants - about 150g. Beans harvested late in the season are often a different shape too. The "Cobra" beans are usually long and straight, but these ones are short and mostly curved: 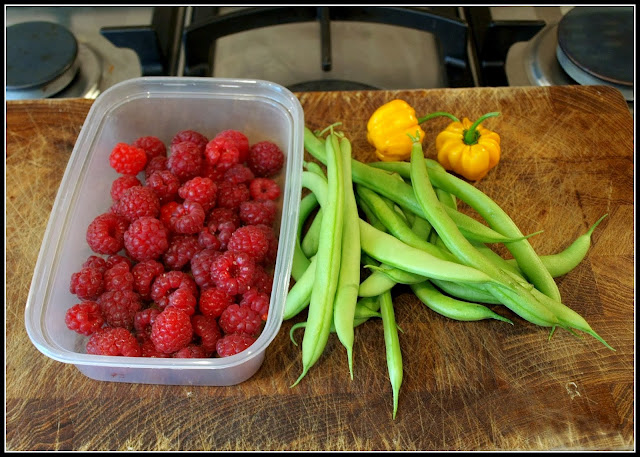 ﻿
In the picture above you can see a couple more chillis. I am continuing to pick quite a few of those, most of which are going into a basket in the airing-cupboard where they are slowly drying.  You can also see a rather meagre box of raspberries. They have been one of my least good crops this year. They were very slow to get going, and have produced only a small quantity of fruit.

This week I have picked the first of my Brussels Sprouts, amounting to 450g (approx 1lb): 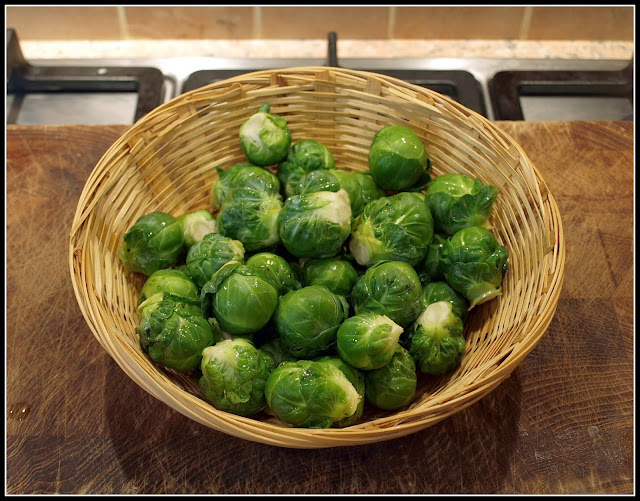 They are still quite small, and would probably have got bigger if I had left them, but our daughter Fiona (the one who lives in France) is staying with us for a week, so I wanted to show off to her! 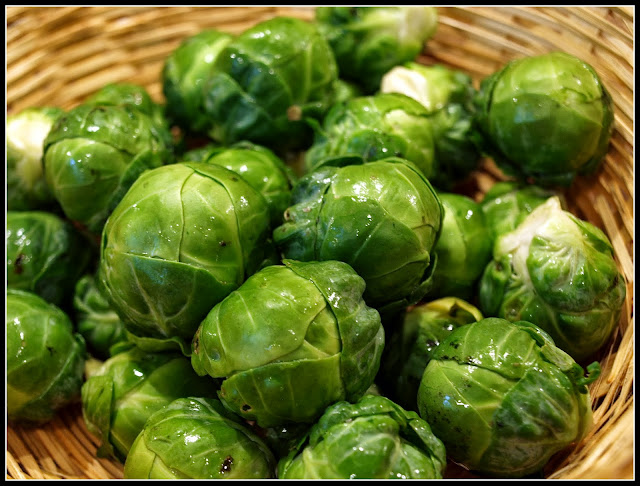 And this is Saturday's harvest - quite a mixture of bits and pieces, including green peppers, beans, Brussels Sprouts, chillis and tomatoes. Actually, although you can't see them, there were also half a dozen blueberries in there somewhere.﻿ 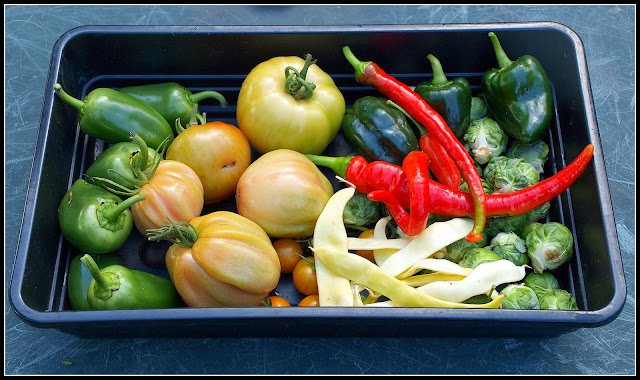 ﻿And here it is laid out on the kitchen worktop 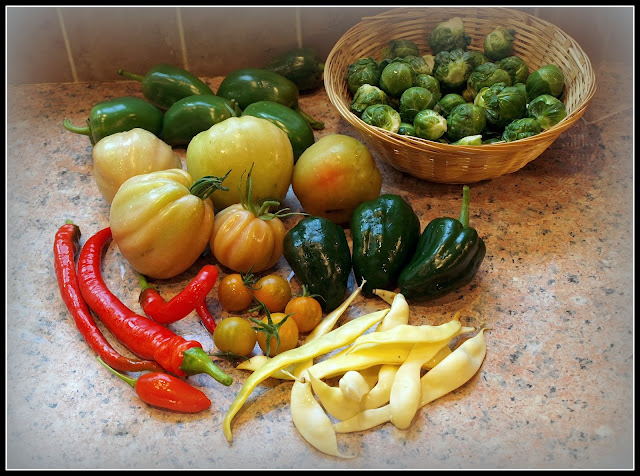 You will notice that I have picked the tomatoes very under-ripe. I have done this to avoid having them infected with blight, although I have to say that the blight is spreading very slowly, its progress inhibited by the cooler weather conditions we are experiencing. The tomatoes will ripen just fine indoors in the warm.﻿

My final harvest of the week is another wild one - foraged Chestnuts. Chestnuts and Brussels Sprouts are often paired with one another (especially with Christmas Dinner), so while I was out for a walk I gathered a few chestnuts to go with the home-grown sprouts. I boiled them in a pan of water for a minute or so, just to soften their skins: 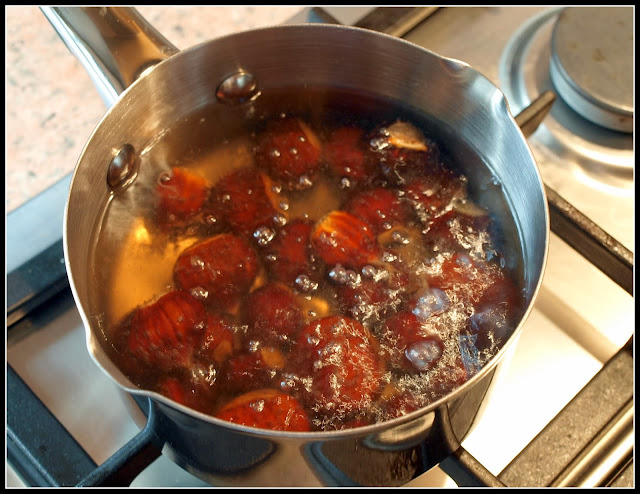 When the water had cooled down a bit, I peeled them and this is what I ended up with: 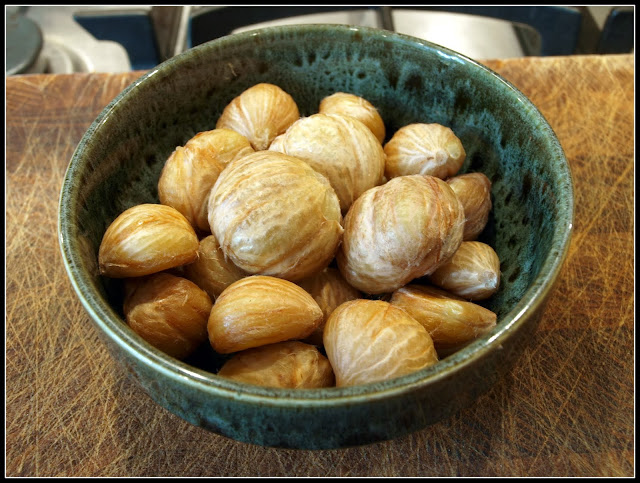 Yet another source of FREE, tasty and nutritious food that many people overlook these days!﻿ 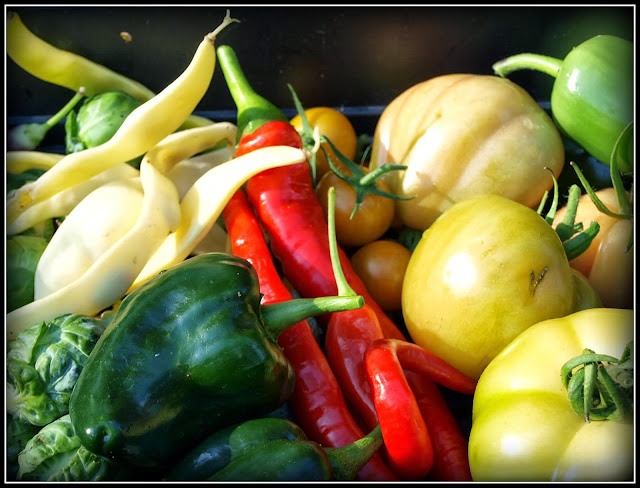 I'm entering this post to Harvest Monday, hosted as ever by Daphne's Dandelions, where you can see what lots of other keen gardeners have been harvesting this past week.
Posted by Mark Willis at 12:00