October, and the growing goes on

Most of the Summer crops have finished now, but there are some that still keep on going - like the Alpine Strawberries. In this their first year they have not produced a big crop, but the biggest individual berries have appeared since the weather turned cooler: 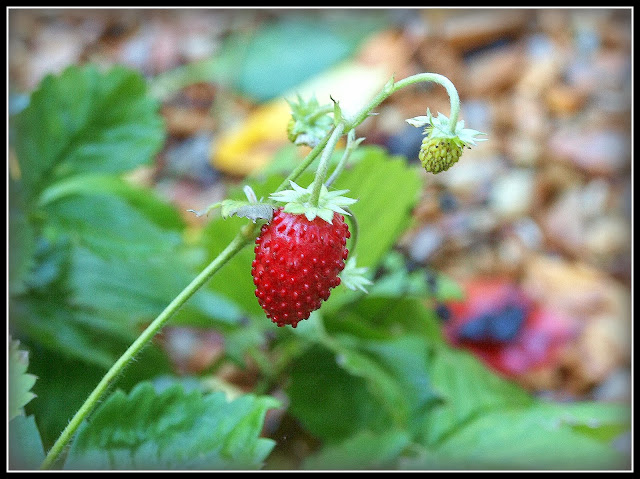 ﻿
I usually grow Basil indoors, but this year I put some spare plants into one of the raised beds, and they have just reached full maturity now. As it happens, our freezer is already well-stocked with Pesto, and the Dining-Room windowsill is full of potted Basil plants, so it's unlikely that the outdoor ones will get used. 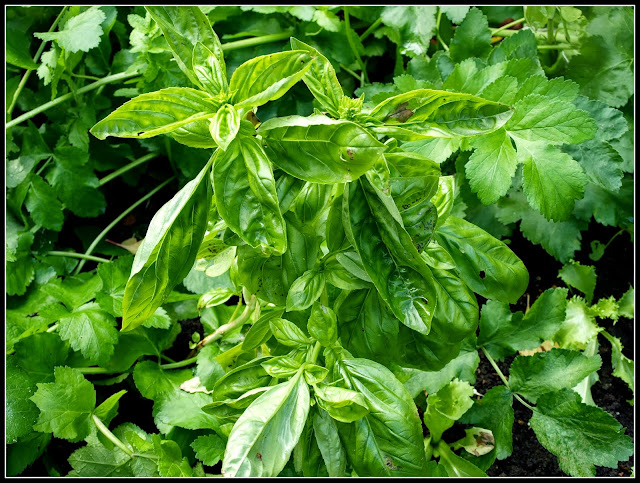 I also planted a few Purple Basil plants, though many of them died very quickly. They are not as robust as the green type, and they really crave full sun conditions. The one or two that are left never really looked strong. I think they may be OK for a bit of embellishment on a salad, but they are no substitute for the green types if you want to make pesto! 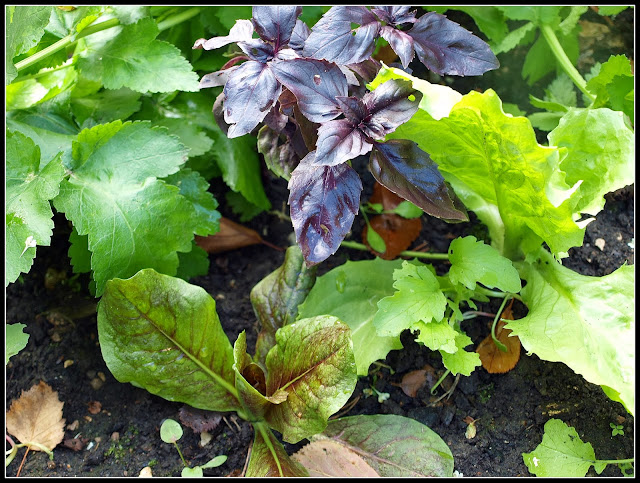 In that picture above you can see one of the many Radicchio plants that now pervade my plot. I couldn't afford to devote "official" space to Radicchio, but I have slotted in a few plants here and there, whenever a space has become available. 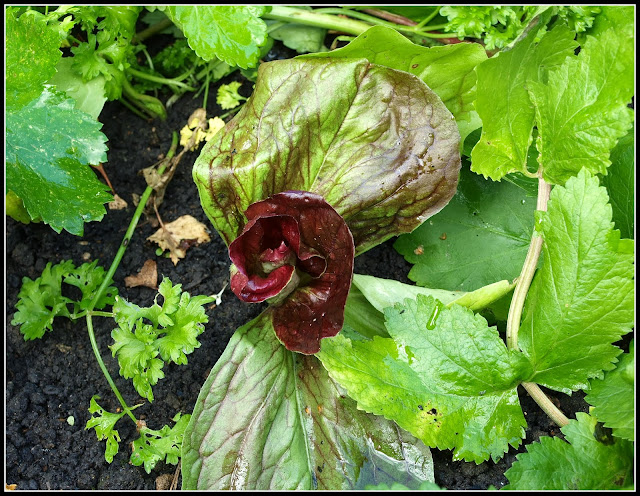 Radicchio is a good crop to grow in Autumn. Many varieties are very hardy and (unlike most lettuces) will survive several degrees of frost. They are also very decorative: as the weather gets cooler, their leaves get progressively darker. 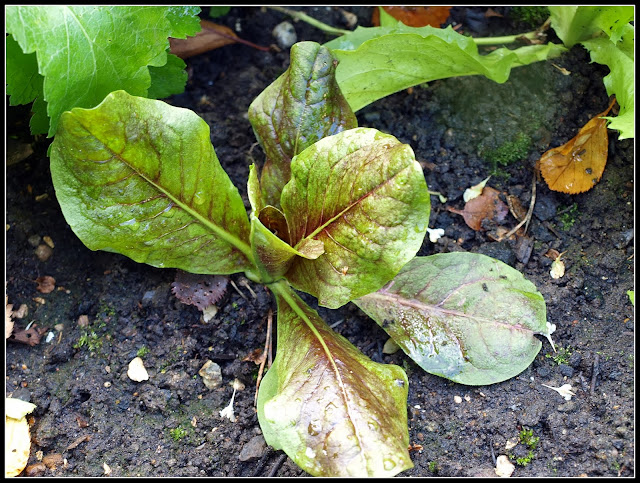 ﻿
Likewise, there are a few Endives dotted around the place, in the hope that some of them will make it to maturity before the weather gets too cold: 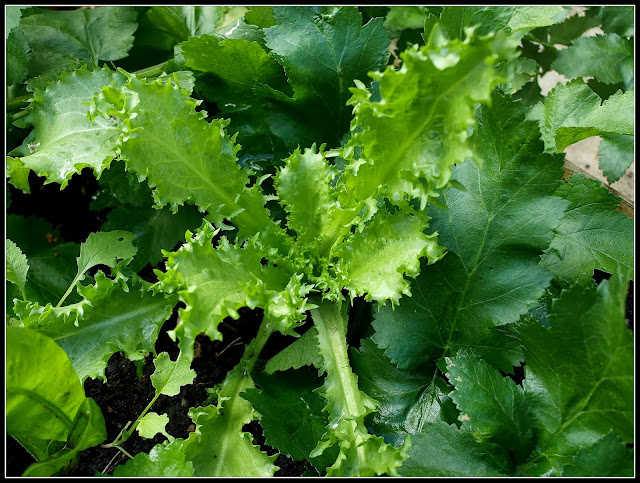 As well as the Radicchio and Endives I also have some lettuces on the go. A few weeks ago I sowed some
mixed lettuce seeds in a couple of big pots, sowing them very thickly - hoping for an ample supply of "baby leaf salad" during the early Autumn. Regrettably, only a very small number germinated. This means that using them in the way I had originally intended is no longer a viable prospect, so I am leaving the few that did come up to grow to a much larger size. They are not ready yet, but not far off: 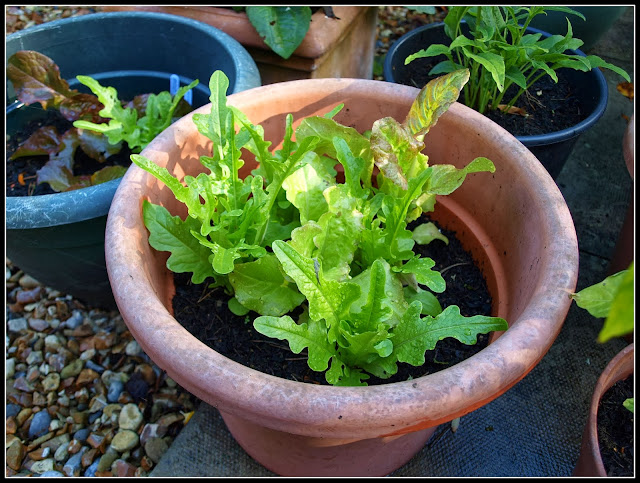 ﻿
My two remaining cucumber plants are determined to keep going until the last possible moment, and are once more covered in little yellow flowers! 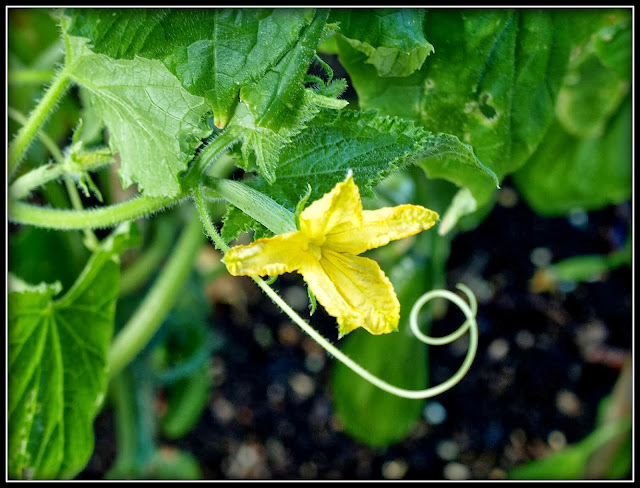 ﻿
I have decided that the Brussels Sprouts are going to be used sooner rather than later. I am a bit concerned for their health, since many of the big leaves are covered in a type of mildew that is an unsightly brown colour. 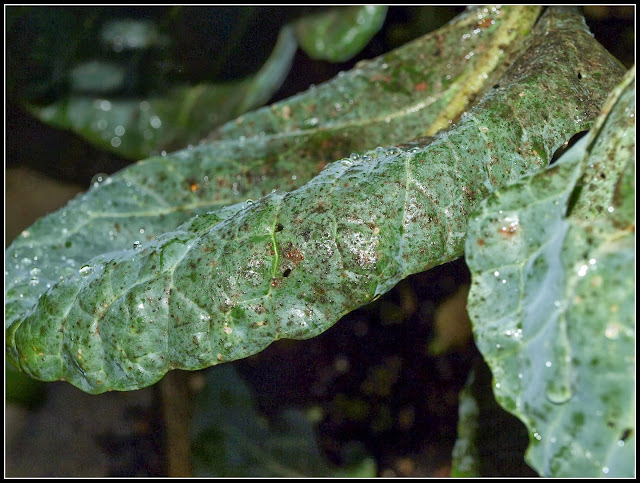 Fortunately the actual sprouts don't seem to be affected (yet). Still, I don't want to risk losing them, so as I reported in "Harvest Monday" this week, I have begun cropping them. We ate the first batch at the weekend (with chestnuts cooked in with them), and very nice they were too! 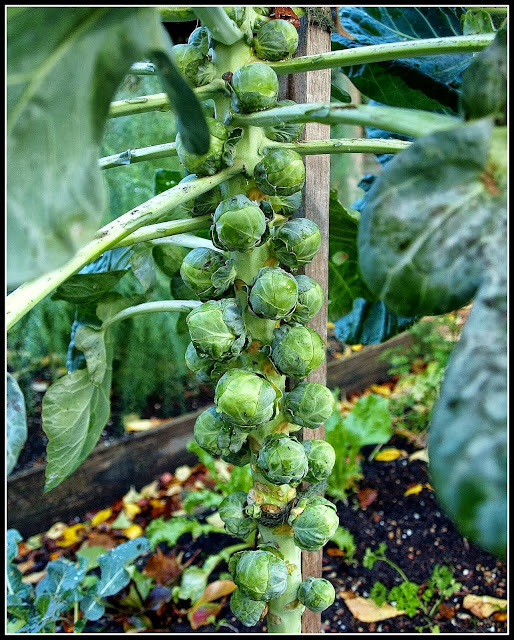 As I sit writing this the weather is dull and a light rain is falling steadily. I think it may be time to harvest those Veitch's beans. I don't want them going mildewy too. And the rain has weighted-down the Asparagus fern, and made it topple over. It's days are also numbered... 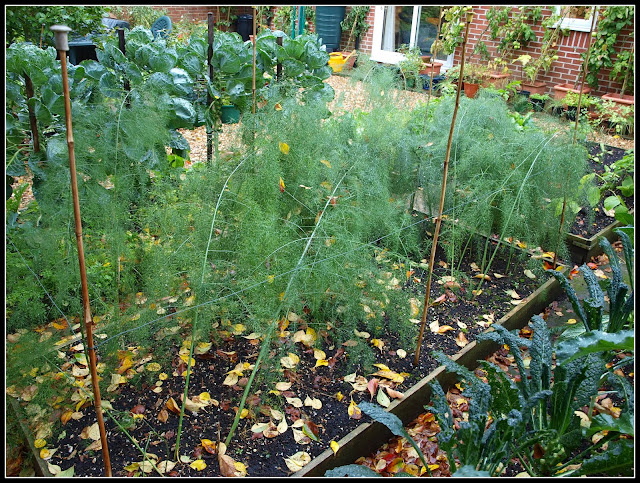 On the positive side though, I might try lifting one of my Parsnips this week, just to see what they're like.
Posted by Mark Willis at 12:00