This year I have grown a variety of bean that I had never encountered before. It is a climbing French Bean called "Veitch's". 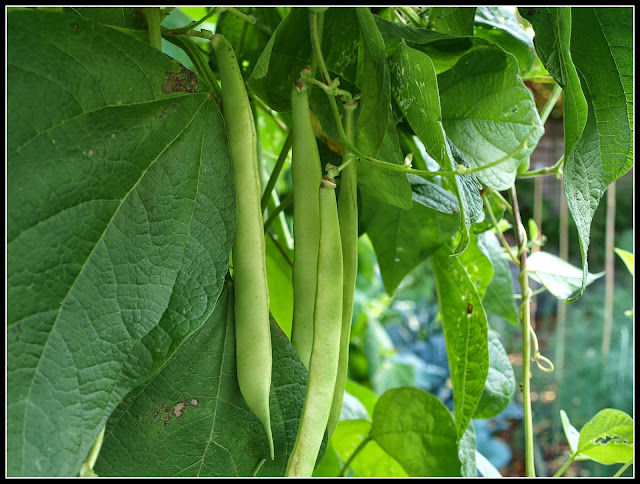 I don't know much about this bean, and in researching it on the internet I see that there are several different types of beans with this name, so which one this is I don't really know. I was given the seed by a reader of my blog, without any indication of its origin.

The first issue I had was that it was hard to get any of them started. Maybe the seed was old, or maybe the weather conditions were wrong? I eventually got two plants: 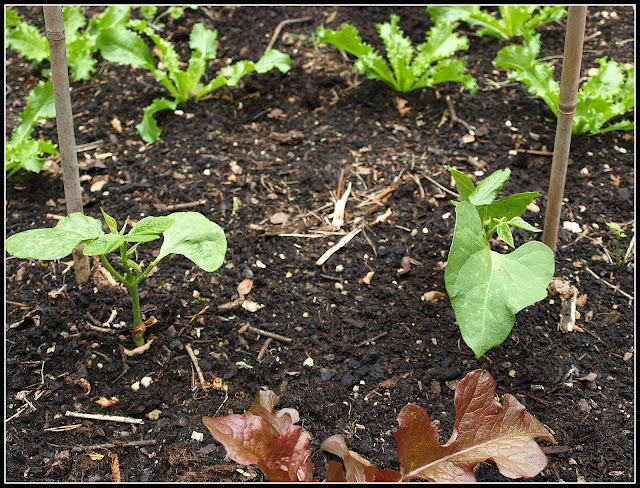 ﻿
These two plants grew to be quite big and developed some very luxuriant foliage - many more leaves than their cousins "Cobra" - but it took a very long time for them to produce flowers, and then pods. 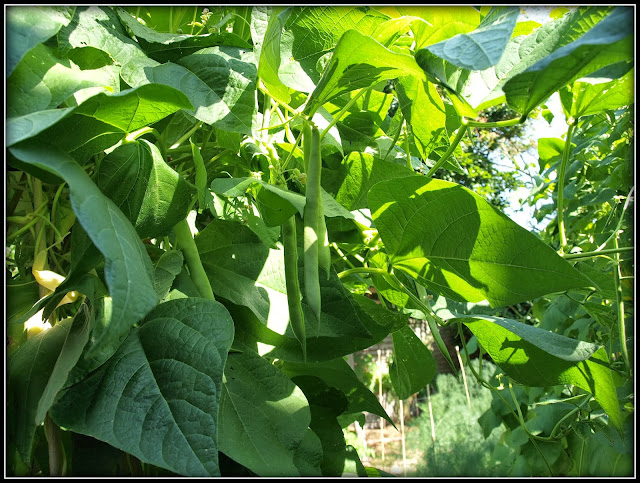 Now, I wasn't really sure whether to eat the pods young, like I would with a normal climbing French Bean, or to let them mature for drying. Since at the time when a decision was required I had huge quantities of Runner Beans I opted to keep the Veitch's for shelling beans. 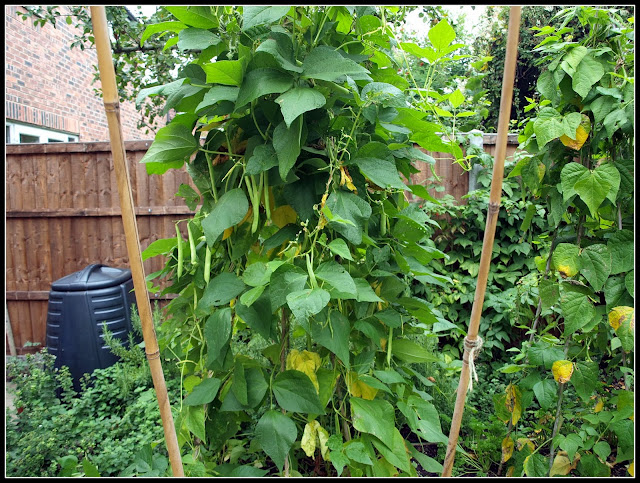 Well, the plants have a fair few pods on them, and they are looking quite plump, so a couple of days ago I picked one to see how the beans inside looked.﻿ 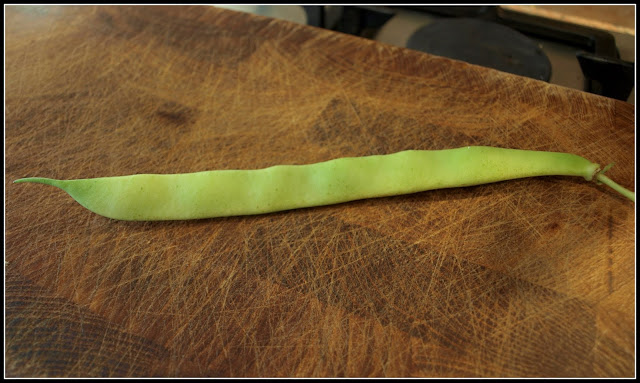 The pod was about 18cm long, with a very pronounced "nose". Inside I found six large pink beans: 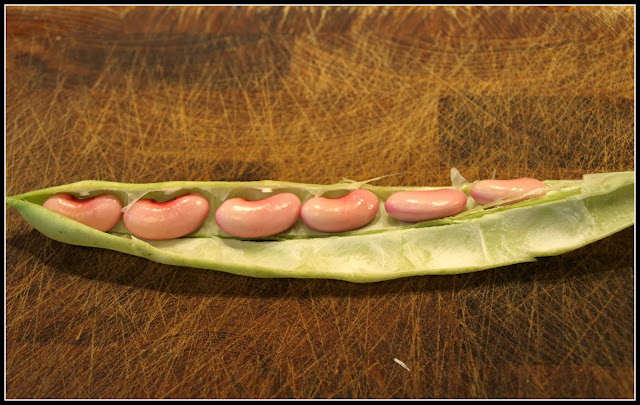 ﻿
The pod was of course not dry, so the beans are still immature. Presumably in the drying process they will darken in colour. This is what they look like now: 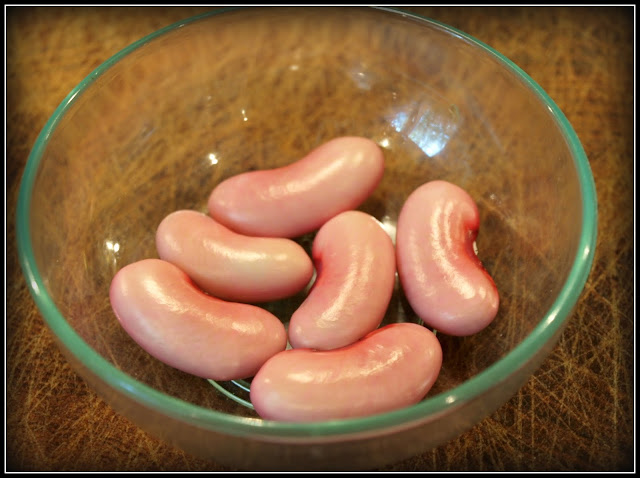 But the seeds I have left over from the batch I sowed are a deep chocolatey brown like this: 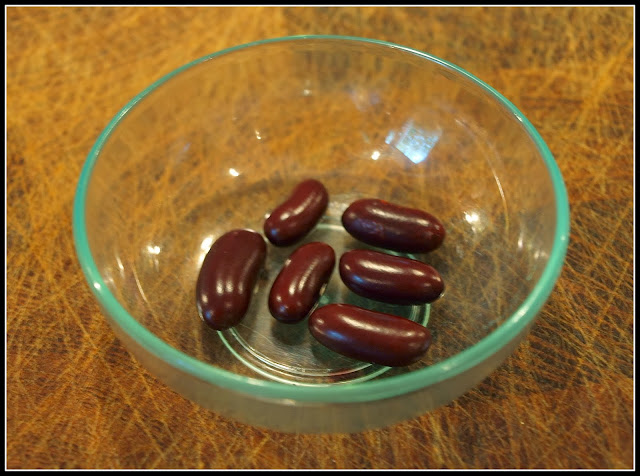 ﻿
Since our weather is still fairly mild for this time of year, I am going to leave the pods on the plants for a bit longer - maybe 10 days or a fortnight - then I will pick them and dry them indoors.
Posted by Mark Willis at 12:00