This week I harvested this last batch of my bumper crop of tomatoes. A total of 2.75kgs: 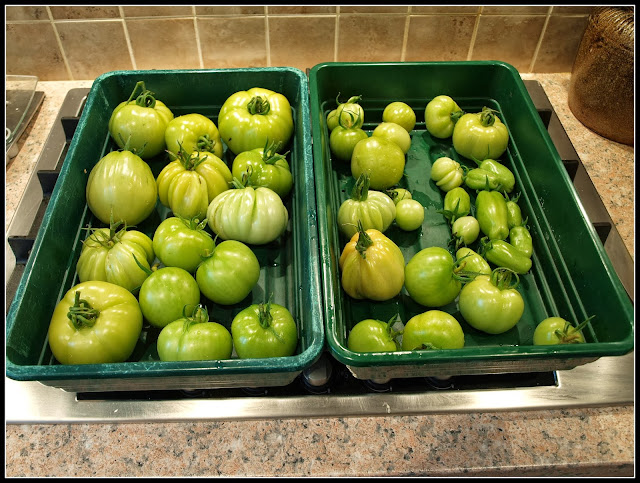 ﻿
Tomatoes still continue to figure prominently in our cooking, and I expect that to be the case for a while longer... These ones are being semi-dried.

We have had a second batch of Cavolo Nero (which I described earlier in the week) - the first one having gone to my daughter Emma. 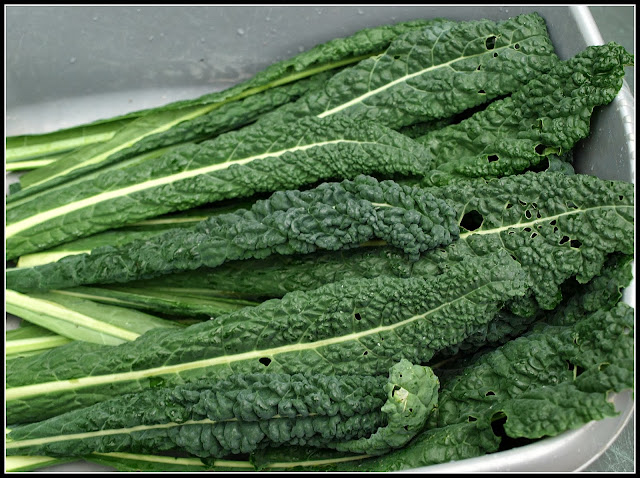 I have also picked all of my "Veitch's" climbing beans, a total of 1.4kg: 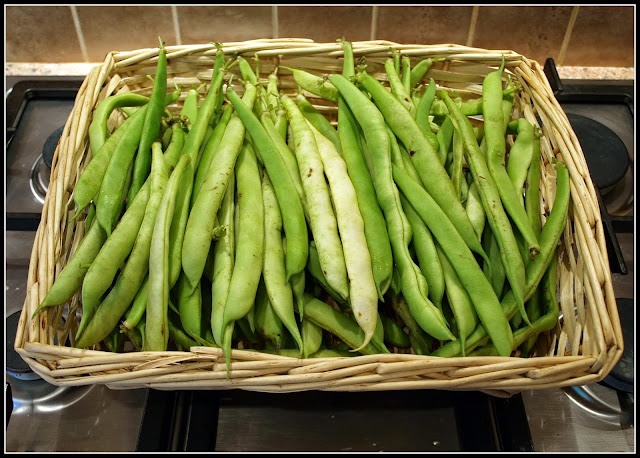 ﻿
It's not a big harvest, but you have to consider that those beans all came from two plants. They are not ripe either, so they will spend a spell in the airing-cupboard until the pods go dry and crisp. I brought them in because our weather is damp and still very mild for the time of year - ideal conditions for mildew and fungal diseases various. When the pods are dry and I extract the beans I'll probably have 300 or 400 grams of them, enough for maybe four meals for the two of us. I think I'll keep a few of the best beans for sowing next year, in the hope of getting a better germination rate.

I picked the last of the cucumbers too, prior to removing the plants. Just these three "tiddlers", about 6 inches long. 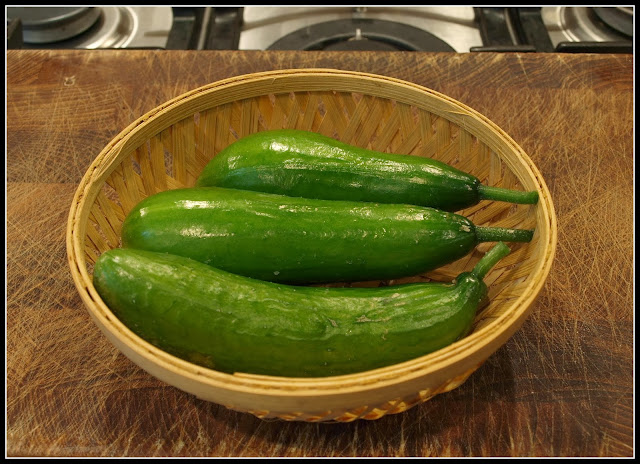 Next year I will probably plant fewer cucumbers! This year I initially had six plants, then four (because two died before producing any significant fruit), and the crop was enormous. The variety called "Melen F1" was the more prolific of the two, but the other ("Iznik F1") was good too.

A few days ago I wrote excitedly that some of my "Poblano" chillis were turning red. They're all doing it now. Just look at this:-

While I'm on the subject of chillis (again), let me show you these enormous ones. They are of the variety "Sumher". The longest is 22cm from shoulder to tip. 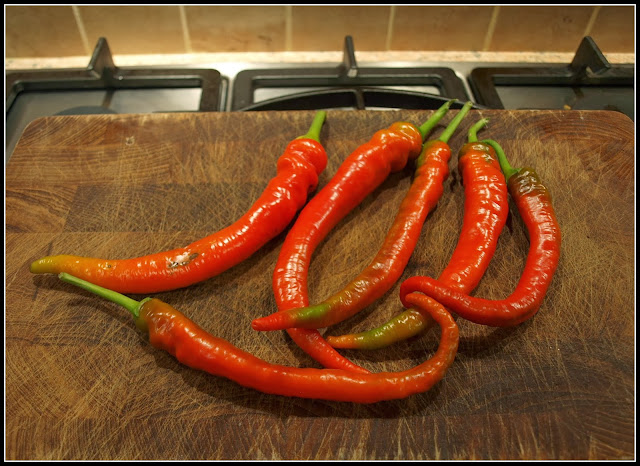 My contribution to Harvest Monday is going to be very limited over the next few months, because I don't have many Winter-harvesting crops. I have decided that next year I will make more of an effort in that area. It doesn't seem right to have most of the garden being unproductive for so long! Maybe I'll gve Leeks another go; maybe try some Swedes; perhaps some Winter cabbages... The big dilemma is deciding which Summer crops will be omitted to make space for sowing the Winter ones.
Posted by Mark Willis at 12:00