One of the jobs I do every year at about this time is pruning the Raspberries. Mine are the "Autumn Bliss" type, which bear fruit from about August to October (or later if you're lucky). The fruit is borne on the current year's growth, and it is normal to cut the plants right back to the ground every year. This is best left until after the leaves have fallen, so that you can see what you are doing. This year the plants held onto their leaves for a long time, but they have nearly all fallen now: 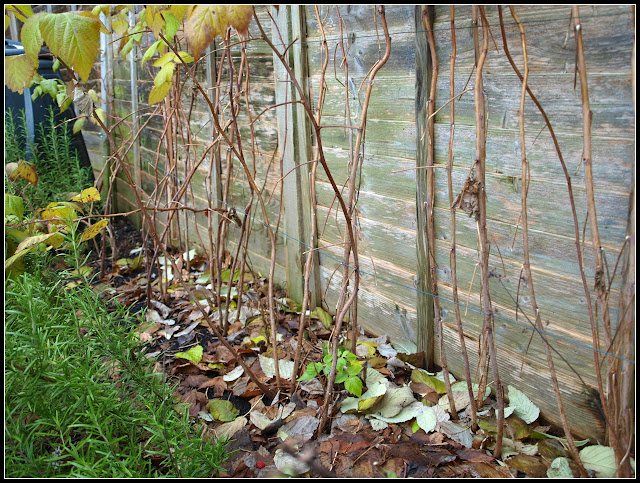 So it is time to cut down the canes now. This is not a job that I enjoy, because the canes are covered in tiny sharp spines. I don't really like wearing gloves for gardening, but this is one job for which gloves are essential. 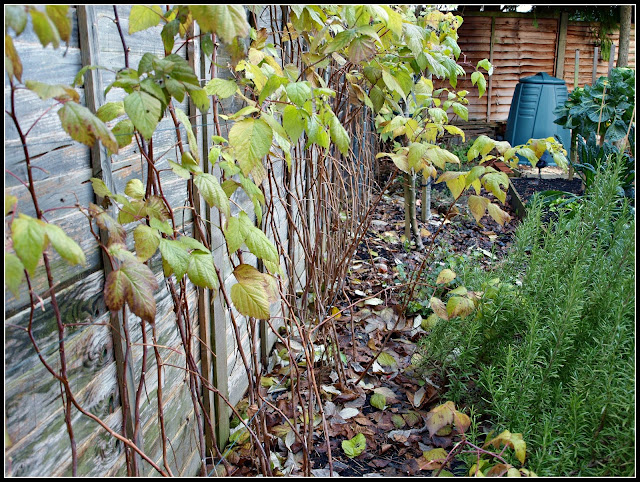 The Raspberry plants did well this year, probably because of the unusually copious rainfall we had during the Summer. Raspberry plants are very shallow-rooted and they often suffer because of this when the weather is hot and dry. No such problem in 2012. Look how many canes this plant produced: I think it is 14. 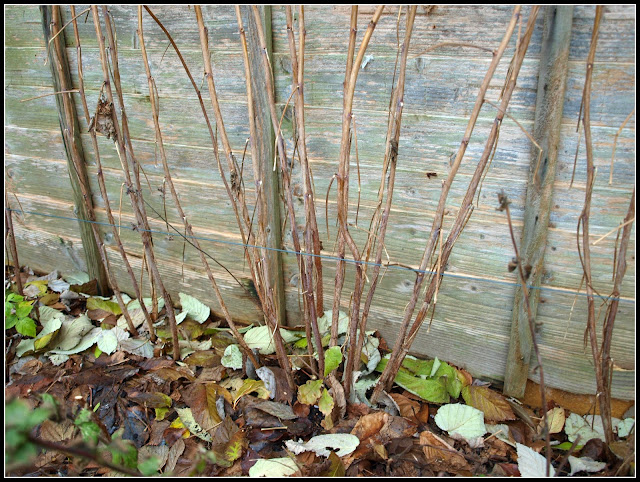 I normally take my Raspberry canes down in two stages. First, during December I trim them to about 3 feet tall, and then in February I take them down to about 3 inches tall. 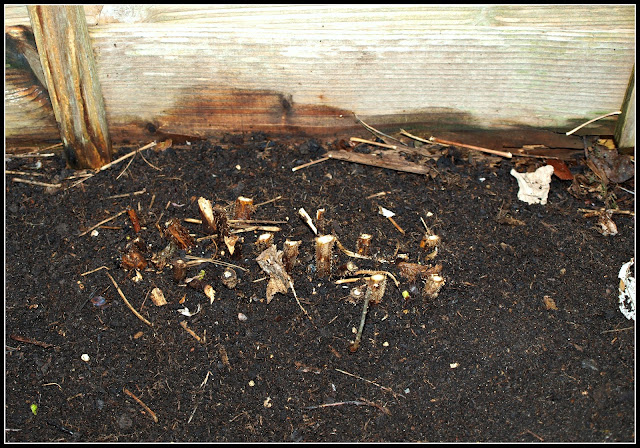 This year I'm doing it all in one go because my neighbour tells me that he is going to replace the Larchlap fencing panels to which my Raspberries' supporting wires are attached. [Temporary repairs were made after that big storm a couple of weeks ago knocked down a portion of the fence.] I'll remove the wires and the big metal eyelets to which they are attached. Naturally, I'll re-attach them when the new posts and panels go in (though I hear rumours of concrete posts this time, so it may not be easy!). 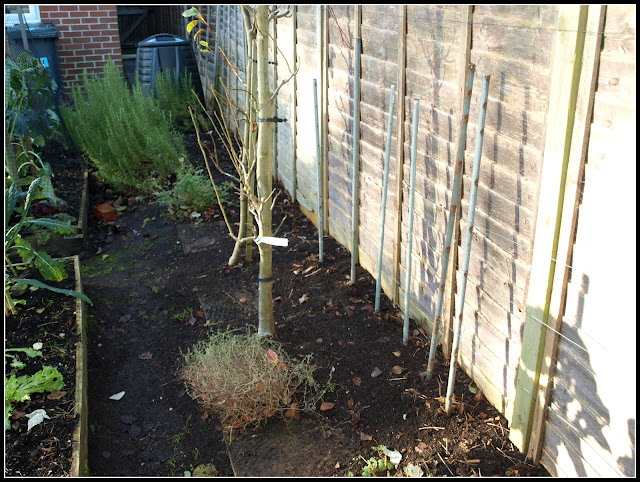 While I was cutting down the Raspberry canes I took the opportunity to have a general tidy-up, so now it all looks nice and neat. 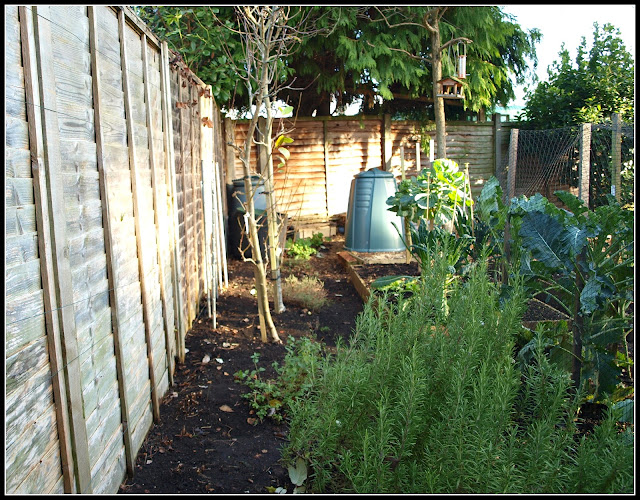 I don't put Raspberry canes in the compost. They are very tough and dry at the best of times, so they break down very slowly, and they are quite likely to be harbouring pests and diseases so I chop them up and put them in bags for taking to the municipal tip.
Posted by Mark Willis at 16:00