Just recently we have been eating a lot of Radicchio, because the ones in my garden have been maturing. You can tell when they are ready to harvest when the big outer leaves go brown and shrivel up (or slimy if the weather is wet), leaving behind the tight, red heart. I have posted several photos of Radicchio, but to be honest they all look much the same, so I thought this time I would show you some Radicchio actually being used in the kitchen.

So here we are then - some of my Radicchio combined with beetroot, tomatoes and red onions to make a "Red Salad". Lots of nice colour, taste and texture. 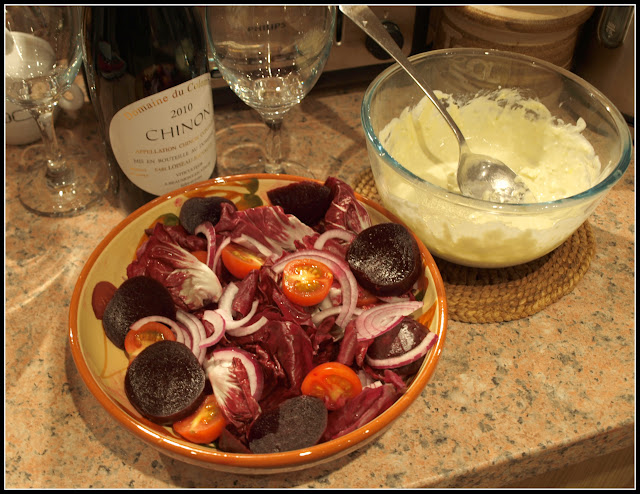 To accompany the salad, Jane made our favourite one of our favourite salad dressings, which is a mustard vinaigrette enhanced with cream and Blue Cheese (in this case Danish Blue). It comes out pretty thick - more like a sauce than a dressing, but we like it that way. The trouble is, it doesn't look very elegant! 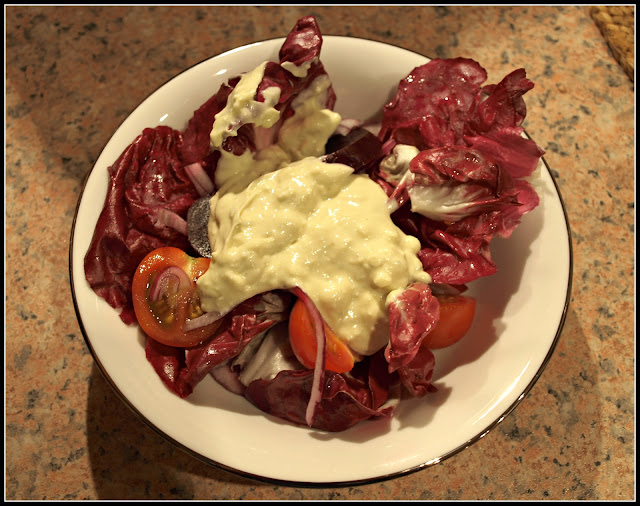 Just take it from me that it tastes a lot better than it looks, and it goes brilliantly with the Radicchio.

I also want to show you what I did with those chillis I wrote about on Friday. I made them into Chilli oil. I just boiled them up in some plain vegetable oil for a few minutes and then left them to infuse, before decanting the oil into a bottle. Actually, I must admit that I added to them one of the Scotch Bonnet chillis that had been hanging around in the fridge for a while (just to use it up, you understand...), which certainly pepped-up this oil a fair bit! 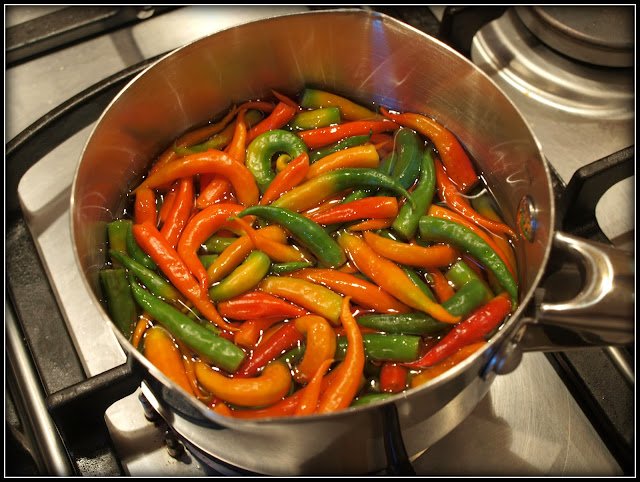 Because it is so hot, we will use this oil a few drops at a time, drizzled into a soup maybe, not in big spoonfuls for frying with.﻿
Posted by Mark Willis at 16:00