I decided last weekend that my collection of Cornus (Dogwood) shrubs needed tidying up.I pruned them all very hard in the Spring and during the Summer they put on a lot of new growth, but much of it was very higgledy-piggledy, growing in all sorts of silly directions (mostly downwards!), and the border was looking a right mess. 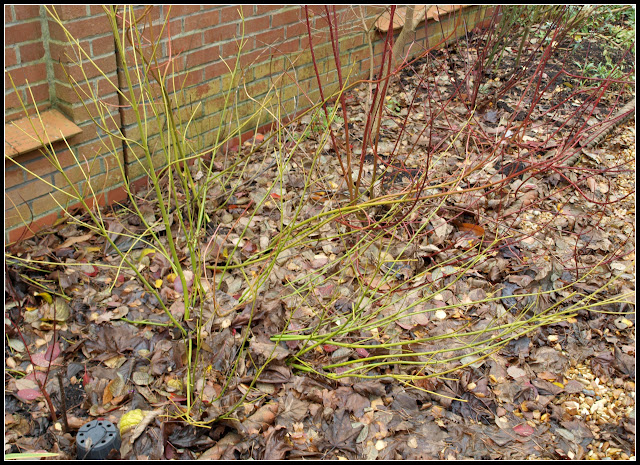 I'll show you a couple of close-ups of the "Before" situation.  Exhibit 'A'... 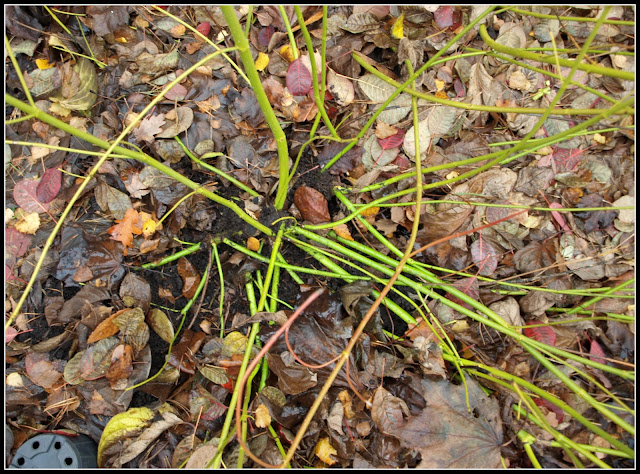 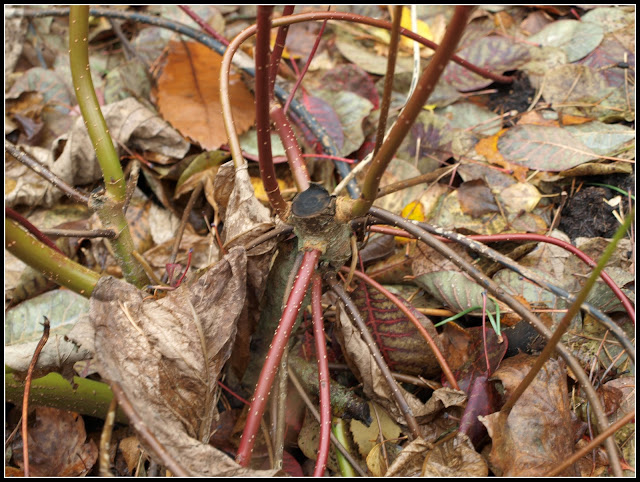 A lot of the droopy, downward-growing shoots had touched the soil and begun to root. Presumably this is one of the Dogwood's normal methods of propagation.

Using my heavy-duty loppers for the big bits and my secateurs for the smaller ones, I removed all the stray branches, leaving only the best of the upward-pointing ones. This meant removing about two thirds of everything! This is Exhibit 'A' in its "After" state. Much neater, I think you'll agree. 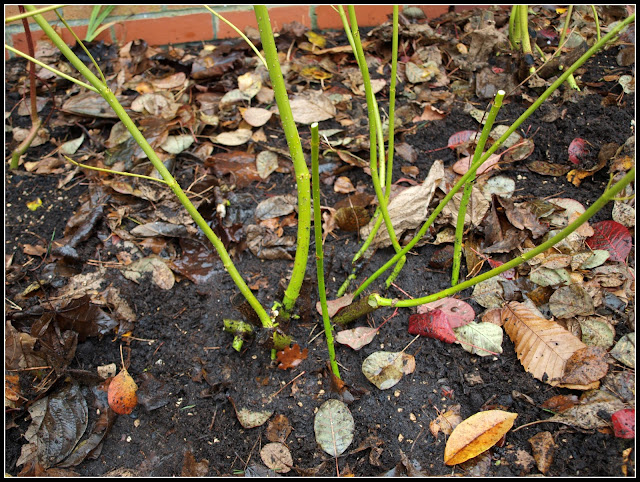 Likewise, Exhibit 'B' after its operation: 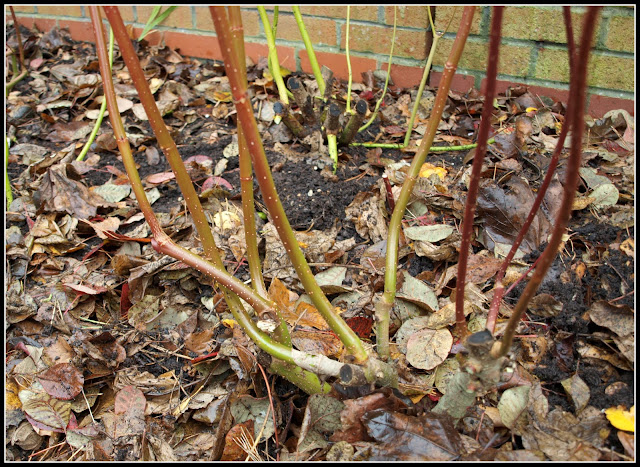 I think that what this will do is allow the shrubs to put most of their energy into a smaller number of better branches. This should hopefully pay dividends in the Spring when new growth begins to appear once more.

Only a very small number of the cuttings I planted in the Spring had taken root - which is just as well I suppose, since I do already have plenty of Dogwoods!

My Cornus Alba "Kesselringii" - the one with the very dark-coloured stems - got a bit of a tidy-up too, but it is already quite a nice shape, with lots of upward-pointing stems. 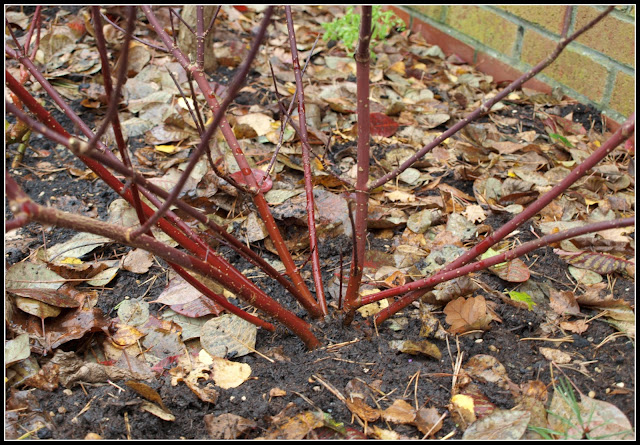 So now the shrub border is looking a lot neater. You won't be able to make this out in my photo, but there are actually six different Dogwood varieties in that bed, and another elsewhere. 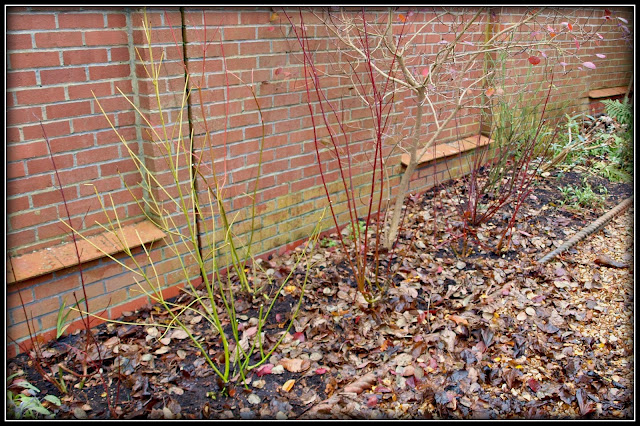 You might think that caring for Dogwoods seems like a lot of trouble, but I disagree: a few hours of pruning each year, and you are rewarded with THIS:-