Tools of the trade

Well, with a title like that you were doubtless expecting to see me write about spades, trowels and shears, but today I want to tell you about some new kitchen knives I have acquired.

Some of you will know that I won a prize in the Achica bloggers competition earlier this year. I have been keeping an eye on the Achica website, looking out for things that really appeal to me. Just recently I saw a range of kitchen knives that "spoke to me", and I ordered a few of them. Of course, following the Achica concept, these items were offered at a big discount compared with their normal price, so I was able to get several without spending a huge amount of my prize money. 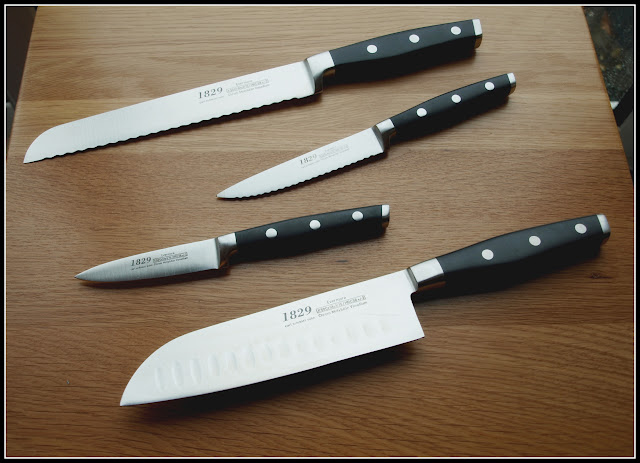 Each knife was presented individually in an attractive box with a 2-part hinged lid. I won't be keeping the boxes though - I plan to use the knives too often for that to be worthwhile. 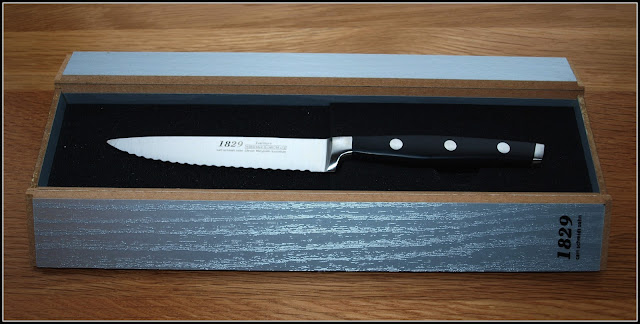 The knives are very nice items - substantial, and quite heavy. I like their long comfortable handles. I think they will probably last quite well, but they will have to be very good if they are to persuade me that they are better than my existing Henkel knives:- 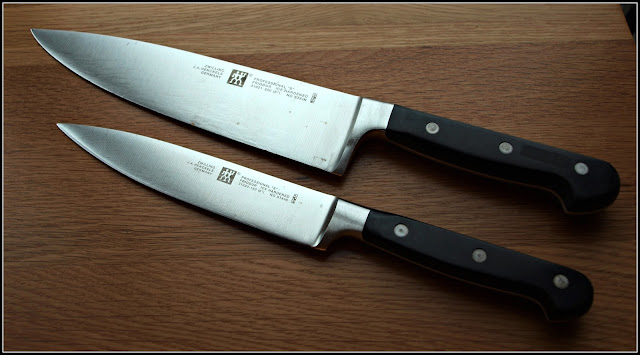 Those two are my favourites - an 8" / 20cm Cook's knife and a 6" / 15cm one. The bigger one is especially useful for tough jobs like cutting Butternut Squash or Celeriac.

Jane has a very nice set of Henkel knives (5 knives, scissors and steel) which she won as a competition prize some years ago. [The black-handled ones in the photo below.]  They live in a wooden block, which is an ideal way to keep them. The individual slots stop the blades coming in contact with each other, which could damage their edges. 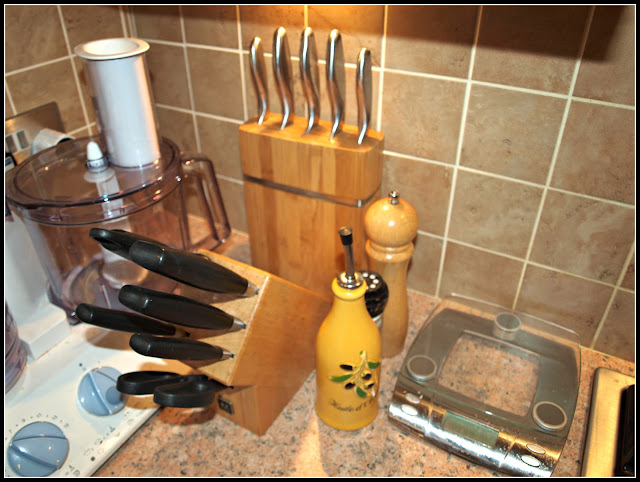 If you don't have a suitable knife-block, you could always use these:- 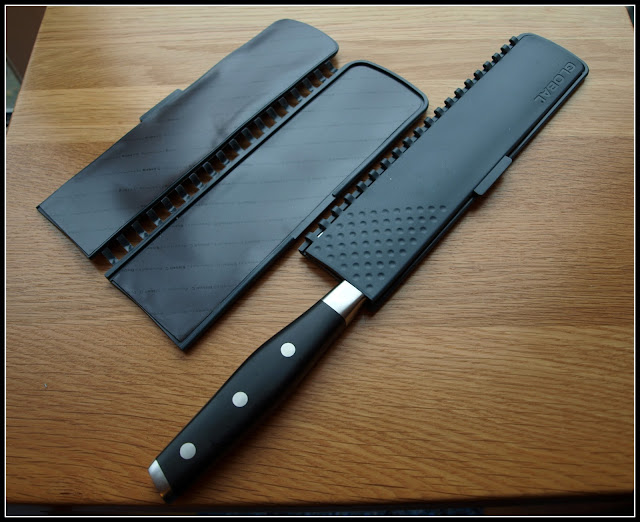 These hinged plastic knife guards have a magnetic lining which keeps them in place on the blade. Protected like this, the knives can happily live in a drawer with other utensils.

While I'm on the subject of knives, I want to show you one more. It is a Japanese knife - the type used for preparing Sashimi I think. I bought it a few years ago as a present for Jane, so I won't mention how much it cost (a lot!).

We had expected to use this knife frequently for slicing meat very thinly, for instance when we have a Korean-style tabletop barbecue, but then the Henkel knives came along, and they are just better. A disadvantage of the Japanese knife is that the edge of the blade is angled (as opposed to symmetrical), in a way that would suit a right-handed person. We are both left-handed.

You can probably tell that I like knives! I believe that having the correct tool for the job makes a task a lot easier, and since I love cooking so much these days I'm prepared to invest a fair bit of my money in qood quality utensils.
Posted by Mark Willis at 16:00