The mice recently discovered that I was keeping a big bag of seeds in the garage, as Winter food for the birds. I had stored it in a big plastic container in which I had previously grown tomatoes or something (hence it had some drainage holes). Anticipating the possible rodent problem I had put a close-fitting lid on it. However the mice outsmarted me - they managed to enlarge one of the drainage holes so that it was big enough for them to get in, and therefore to gorge on what to them must have seemed like a lifetime's supply of food. Round 1 to the rodents.

Round 2: a visit to the shops to buy some patent rodent-eradicator (about which the less said, the better), and a removal of the source of temptation. Keeping back a small quantity of seeds in some large glass jars with screw-top metal lids (hopefully mouse-proof), I put the rest out in the garden down by my composters and the insect hotel, for the birds to eat. They were going to have had it sooner or later anyway. [The seeds are visible as the white splashes in the photo below.] 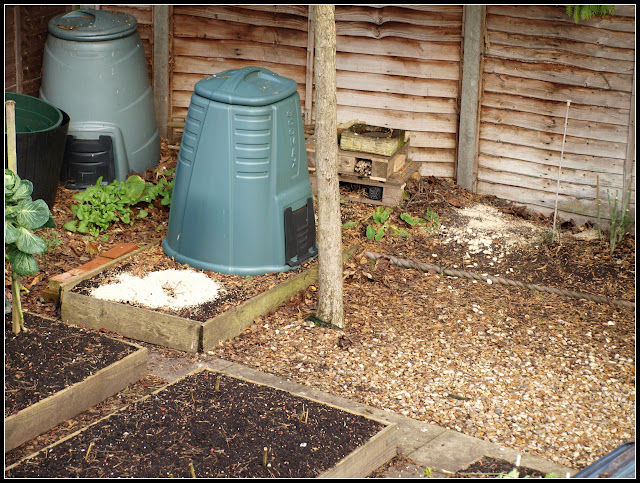 Well, no sooner had the seeds hit the ground than a different sort of rodent entered the scene: a Grey Squirrel. 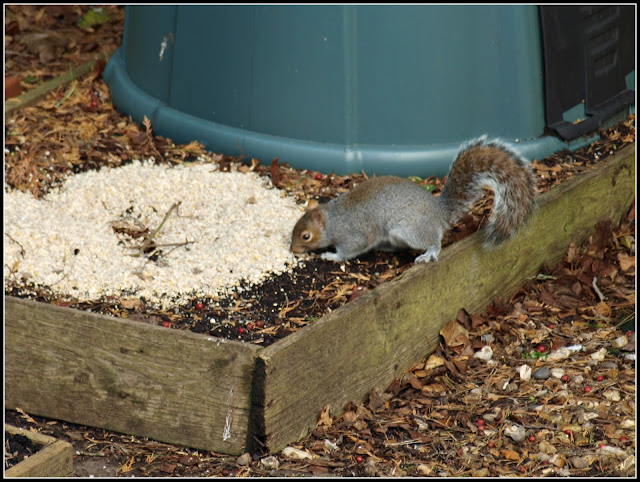 This squirrel is undoubtedly the one we see so often dangling upside-down eating seeds from the bird-feeder. He certainly looks well-fed. He couldn't believe his eyes! He started dashing to and fro, digging little holes and filling them with seeds for later use (and in between trips pausing to eat another few mouthfuls). He must have been thinking "Christmas has come early this year". 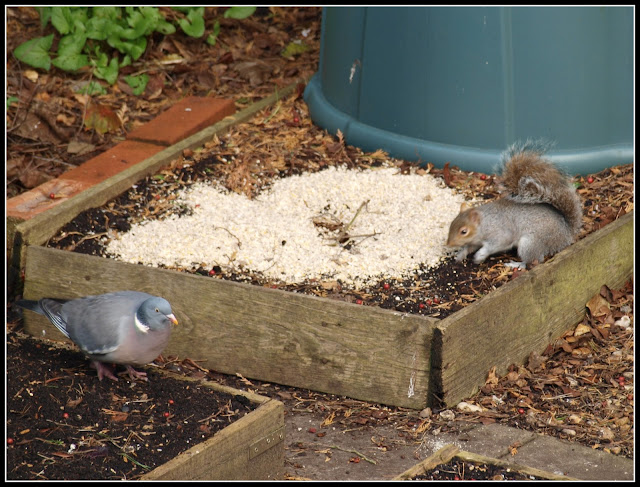 As you can see, the squirrel was also eventually joined by some birds - in this case a Wood Pigeon. I have to say though that I was slightly surprised not to see a huge flock of birds descend en masse, as opposed to the occasional rather reluctant Pigeon and an apathetic Blackbird or two. Well, I expect after dark Mr.Fox waded in and ate his fill. Makes a change from dry bread, I suppose! 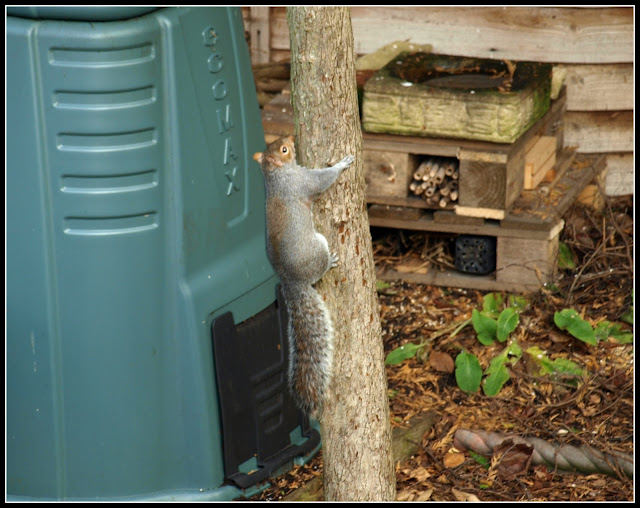 I just hope the mice haven't turned their attention to something more precious than a bag of bird-food (and / or the rodent-eradicator stuff has done its thing by now...)