Here in England, one of the traditional accompaniments to our Christmas roast turkey is the Brussels Sprout. This year there will be 7 adults and 2 children at our table for Chistmas Dinner. So what does one do when one has enough Brussels Sprouts in the garden to give each person only two sprouts each? 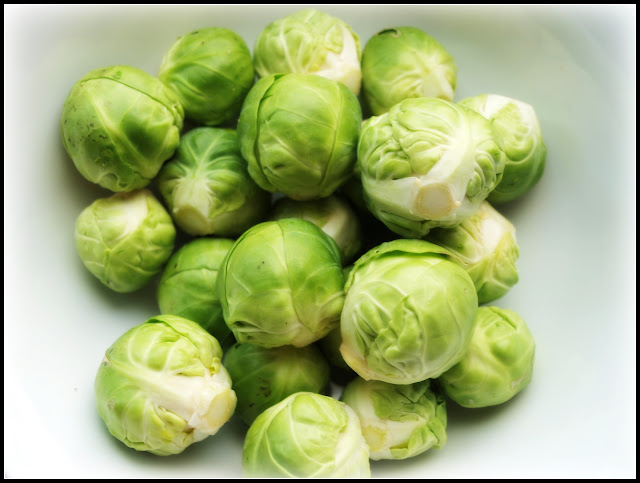 Much as I would like to think I had enough to feed everybody, I know this is not the case, so I decided that Jane and I should eat the home-grown ones, and we will buy an adequate supply of them for everyone from the shops next week. 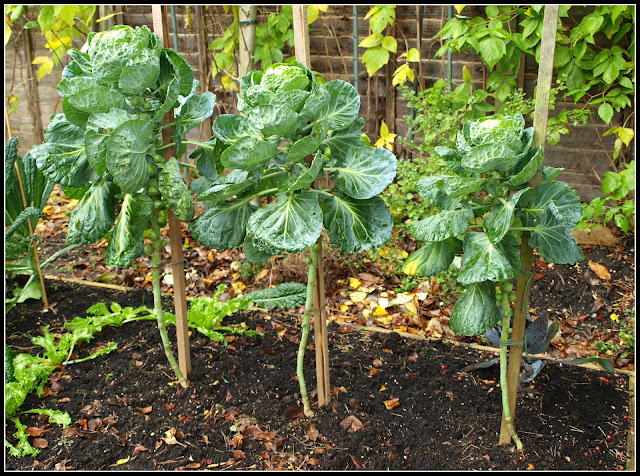 My plants have produced plenty of sprouts, but most of them are individually very small. 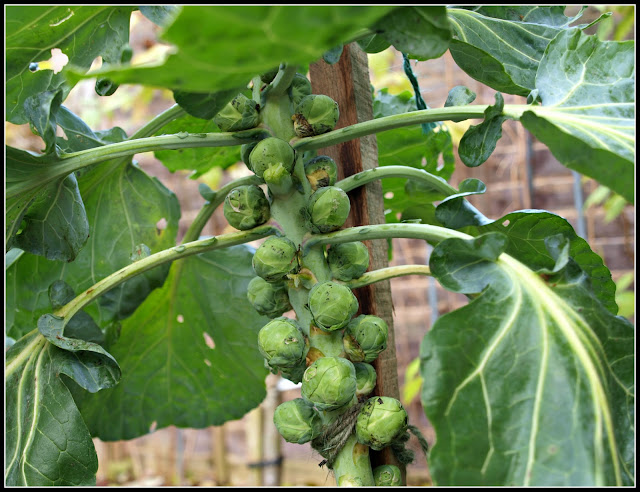 It could be that my sprouts didn't have enough room to develop to their full potential. I put in just the three plants down at one end of what is probably my least-favoured raised bed, which is rather shaded by the trees (whose roots are probably sucking up much of the available moisture and nutrients). At the time of planting, half of this bed was devoted to garlic and shallots, so I was only able to space the Brussels Sprouts about 40cm apart. Next year I'll give them some more room. 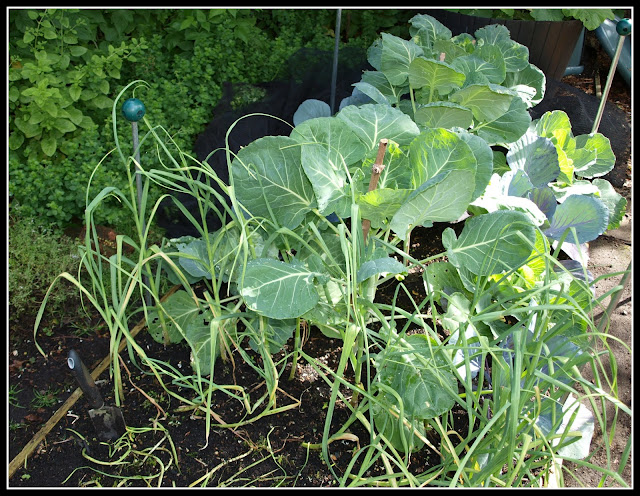 On the other hand, the diminutive size of the Brussels may have been nothing to do with spacing. Maybe it was just the wierd weather conditions we had in 2012. Significantly, very few of the Cabbages did anything much either. 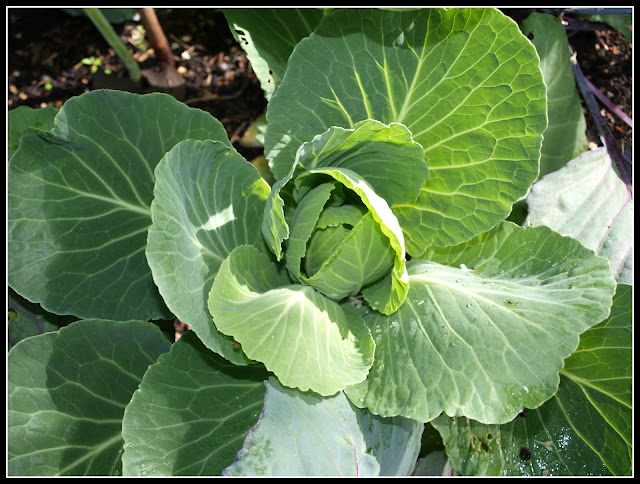 Well, at least they were not "blown", as happened the only other time I grew sprouts, many years ago! They say that planting in very firm soil prevents Brussels Sprouts blowing (producing sprouts that are loose rather than closely compacted), but I'm not sure why. Does anyone know?
﻿

This, my first-ever harvest of Brussels Sprouts is hardly something to shout about from the rooftops (being a total of only 170g), but the very fact that they are home-grown makes them all the more special! 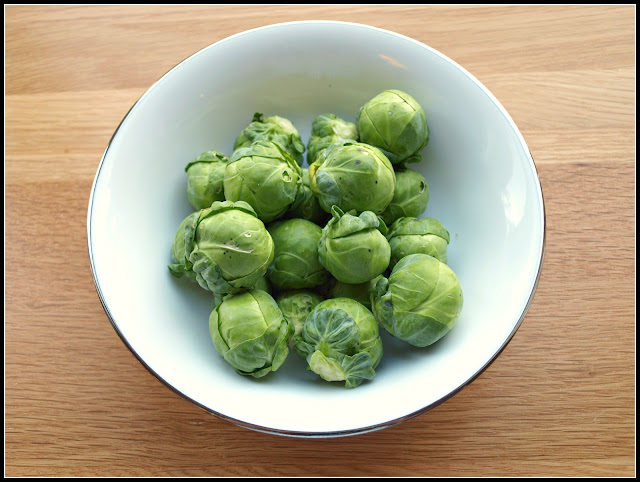 Here they are prepared and ready for the pot. Small, but perfectly-formed, in my opinion. We ate them alongside some roast Goose. 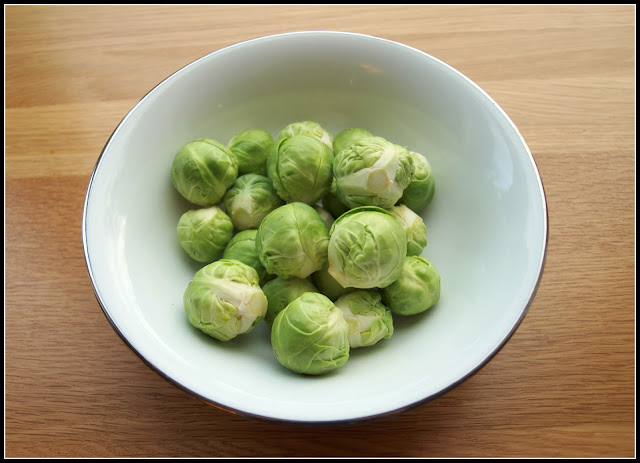 OK, the quality aspect is fine. Now I have to work on quantity.
Posted by Mark Willis at 16:00