I'm sure that many of you are (like me) fans of Hugh Fearnley-Whittingstall, and have his fabulous book "River Cottage Veg every day!". It often provides us with recipe inspiration, even if we seldom follow the recipes precisely. This week Jane and I co-operated to produce Hugh's "Baby Beet Tarte Tatin" (page 48) I grew and prepared the beetroot. Jane made the tart. That's fair isn't it?

The reasons for choosing this recipe were twofold: there was half a pack of chilled ready-made Puff Pastry in the fridge; and I had a load of small beetroot in the garden that seemed unlikely to grow any bigger and needed using up. Here's my contribution: 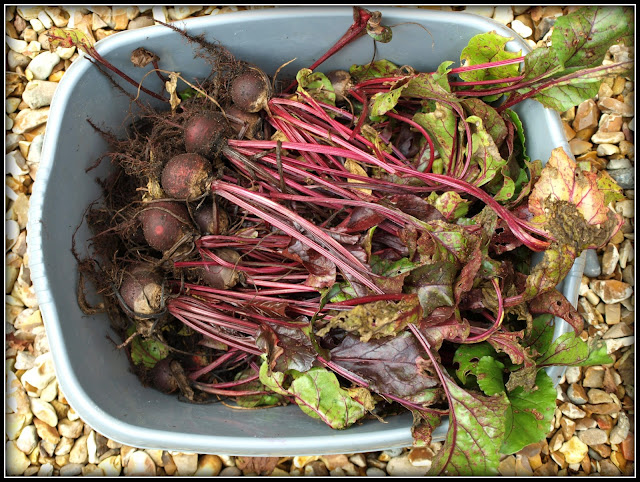 The recipe calls for small beetroot, about the size of a golfball. I think these fit the bill perfectly. 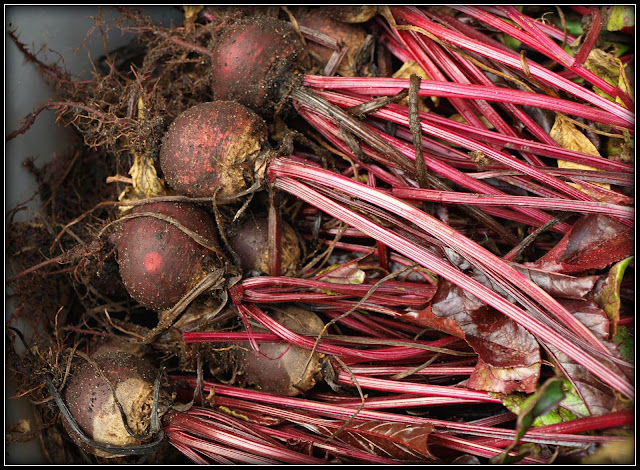 As I prepared the beetroot I actually counted them. There were 38. This brought home to me how amazingly productive my double row of beetroot had been this year. These little ones were just the "tiddlers" left at the end of the season. I devoted just half of one of my raised beds to this crop, so technically only 1.2 square metres of space. I consider this to be good VSR. [If you are not familiar with the concept of VSR, follow this link to a post I wrote in November 2010 -  VSR] 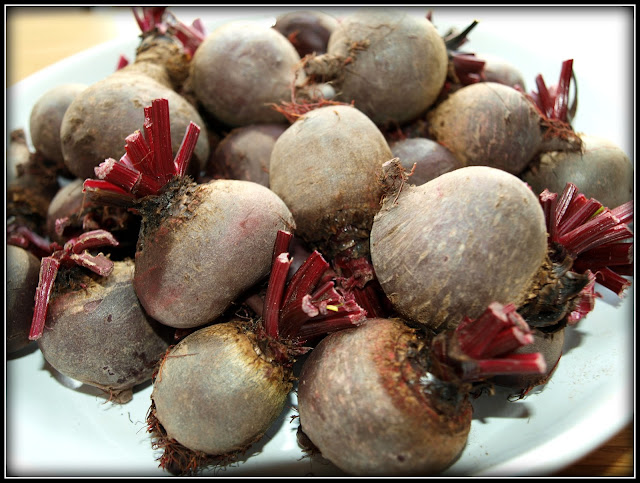 This is what we were aiming for - as in the illustration from Hugh's book - I'm not going to describe the recipe in detail, so if you want to know the full details, buy the book! 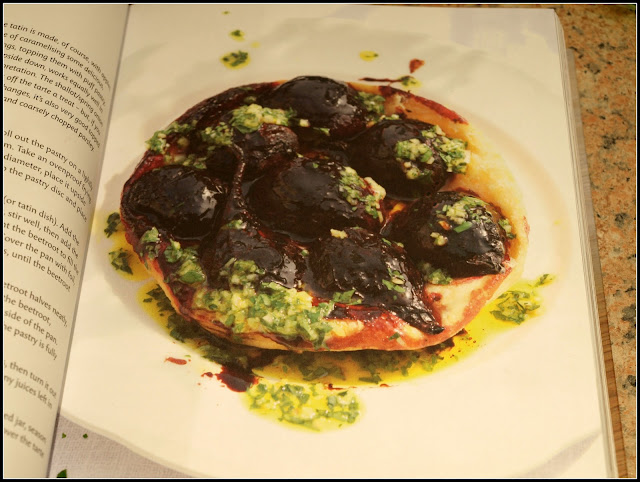 First step was to top-and-tail the beetroot, scrub them carefully, cut them in half and arrange them cut side down in a frying-pan with the butter, oil, vinegar and sugar (we used Agave nectar); 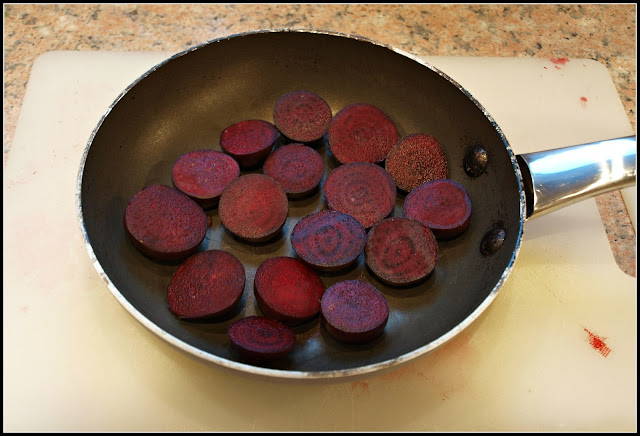 The pan full of beetroot was then covered all over with foil to protect it during its time in the oven: 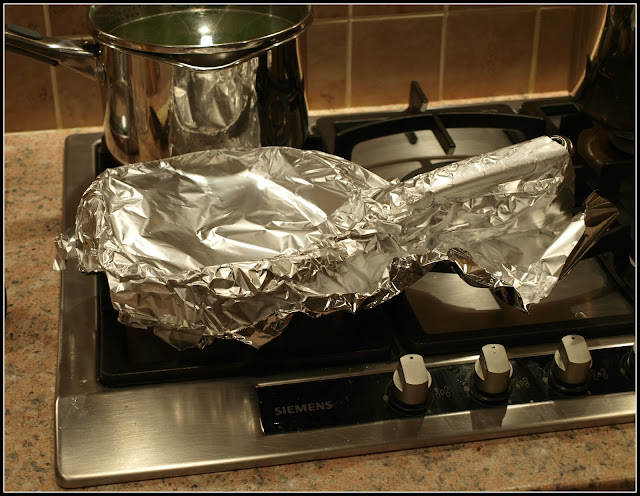 and placed in the oven for about 40 minutes, after which it was brought out and the foil was removed, revealing the caramelised beetroot inside: 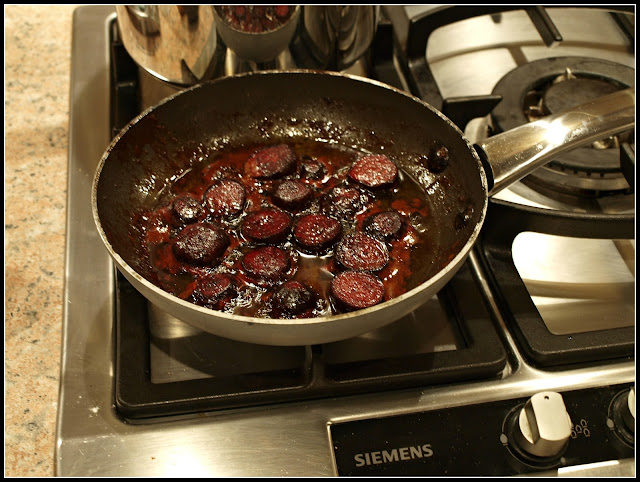 The pan was then covered with rolled-out puff pastry, tucked down (informally) as much as the heat of the pan would allow! 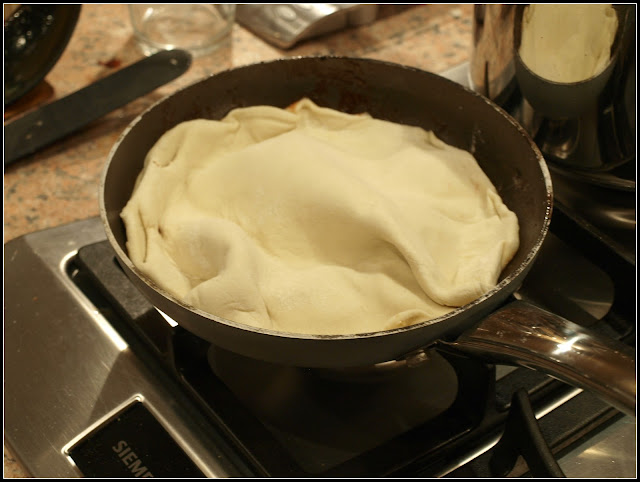 Then back into the oven for another 20 minutes or until the pastry looked cooked and golden. 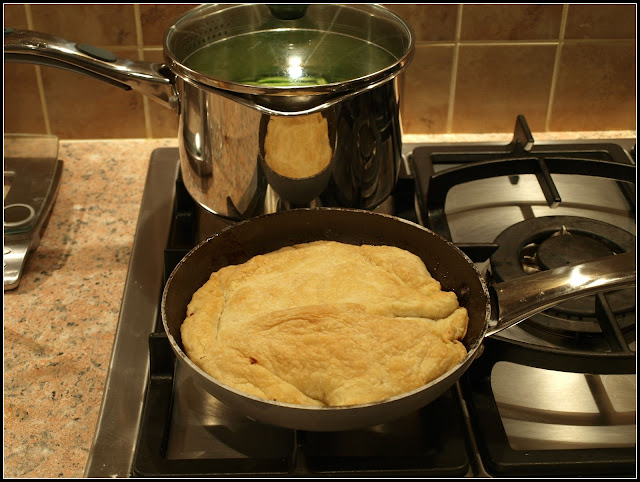 Then the critical part - the pan is inverted over a plate and the tart is revealed in all its finery. [OK, we didn't use all 38 beetroot, but we made a start on them!] 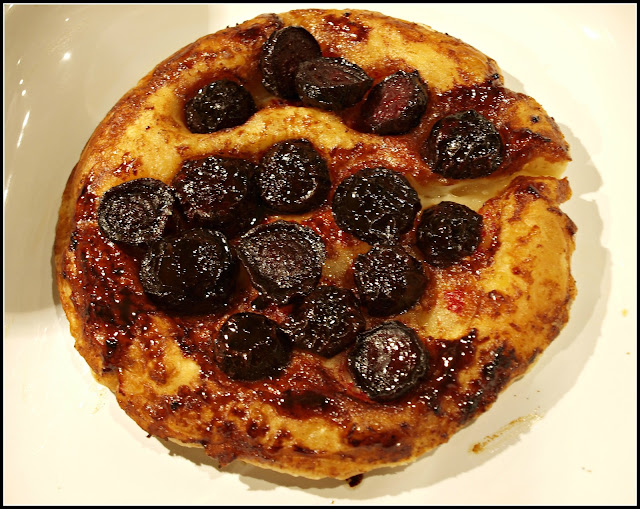 Then you just have to add the shallot-and parsley balsamic dressing... 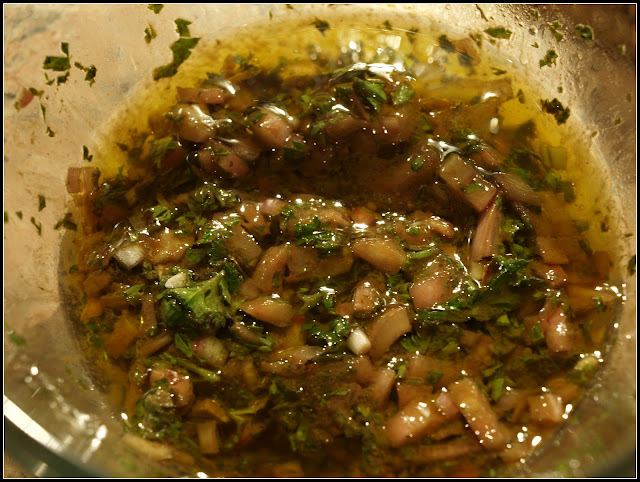 ...and serve up the tart with your chosen accompaniments. Ours was served with Cumberland sausages, sliced Runner Beans and boiled new potatoes. 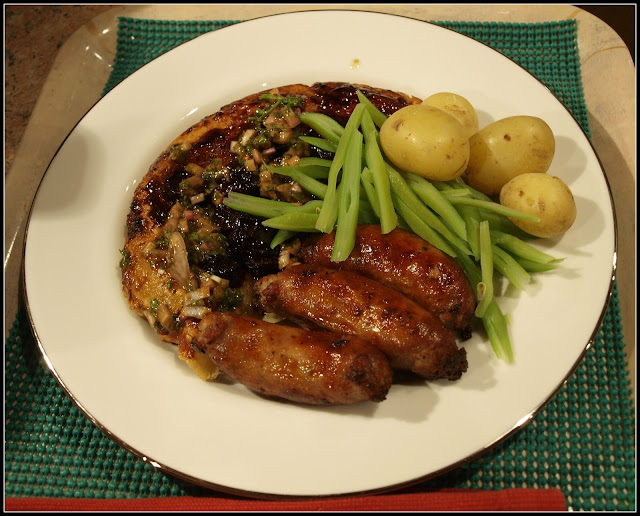 The verdict:- very nice indeed! A completely new twist on the traditional Tarte Tatin made with apples. I think this general idea would work well with other veg too, especially the sweet ones such as carrots and parsnips. We loved the dressing too, and plan to use it elsewhere. The Balsamic vinegar just lifted what was otherwise an ordinary vinaigrette to new heights.
Posted by Mark Willis at 16:00