4.0 on the Rickett Scale 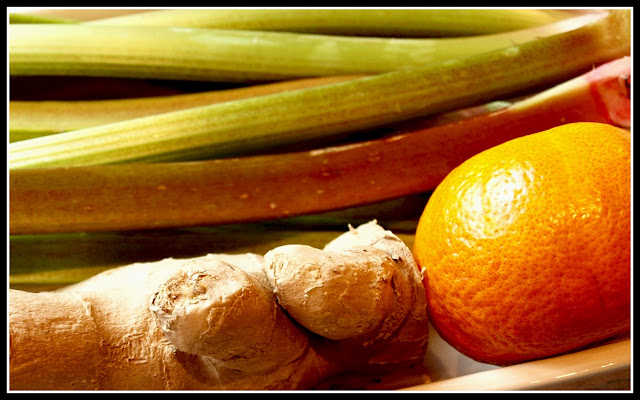 Inspired by something written recently by Elaine Rickett on UK Veg Gardeners, I went out and harvested some of my rhubarb today. Elaine wrote that supermarket-purchased rhubarb worked out at 50p per stick. My 8 sticks were not as impressive as Elaine's but they are still worth £4.00 according to her reckoning (which I have nicknamed The Rickett Scale - you know, like the Richter Scale...). 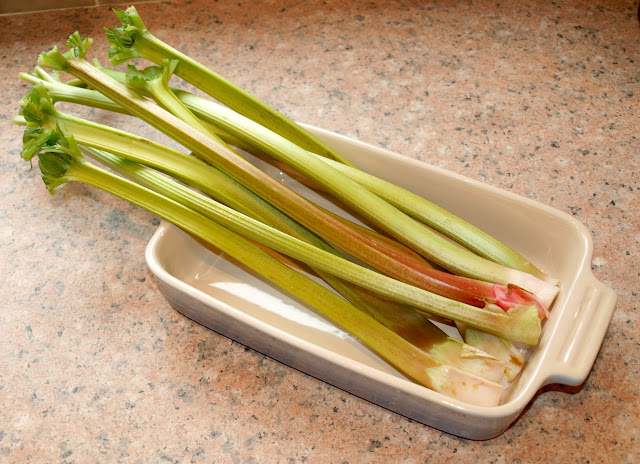 My rhubarb was cooked in my favourite way - with orange and ginger. I know I have written about this before, but this time I have remembered to take some photos, so I'm going to give this wonderful combination another plug!

I cut the rhubarb into pieces about 3cm long and put it into a gratin dish along with a couple of pieces of peeled fresh ginger and a whole orange. I squeezed the juice of the orange all over the rhubarb and then put the remaining flesh and peel in the dish too. Formerly I would have added a couple of spoonfuls of brown sugar at this point, but since we now know that my wife Jane is diabetic I used some Sweet Freedom natural fruit syrup instead. This has 25% less calories than sugar and low GI too, so it is ideal for diabetics. 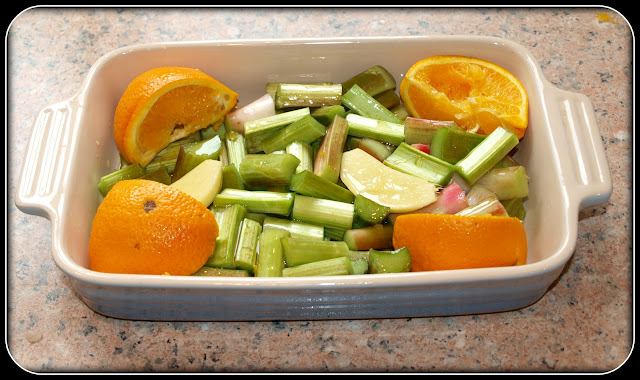 The dish was then covered in baking-foil and put into a medium oven (approx 140C) for about 45 minutes. Cooking time depends a lot on the rhubarb itself, taking anywhere from 30 minutes to an hour. You just have to keep checking it. 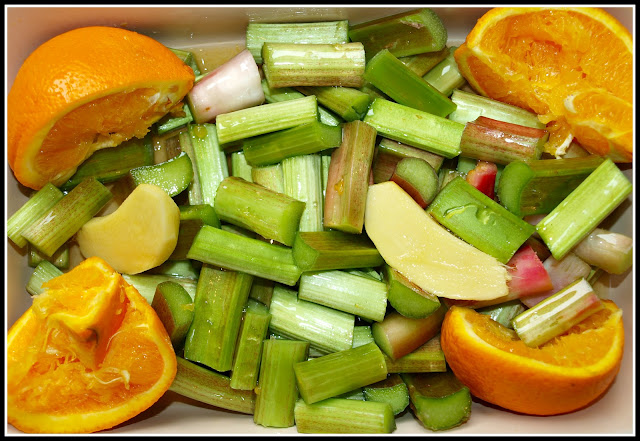 Test the rhubarb with the point of a knife. When it is cooked it should be nice and tender, but not falling apart. Unfortunately it does tend to lose as lot of its colour too. Mine is naturally quite a green variety, but of course many types are pink or bright red. 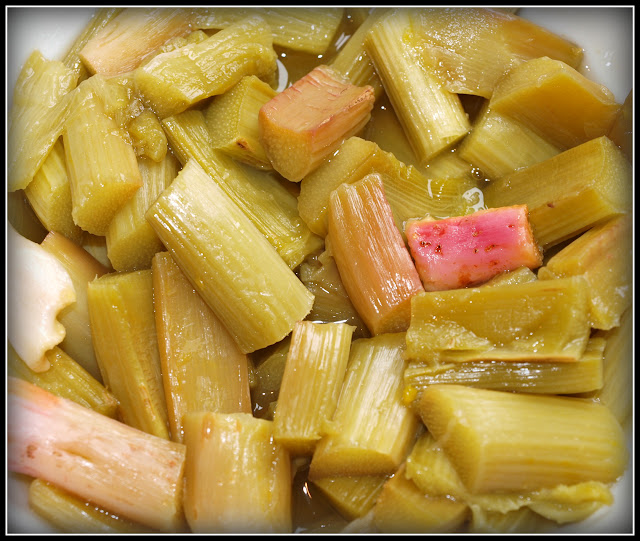 When the rhubarb is cooked, allow it to cool a little, then remove the pieces of ginger and orange. Test to see if it is sweet enough, and add more sugar / syrup if desired. 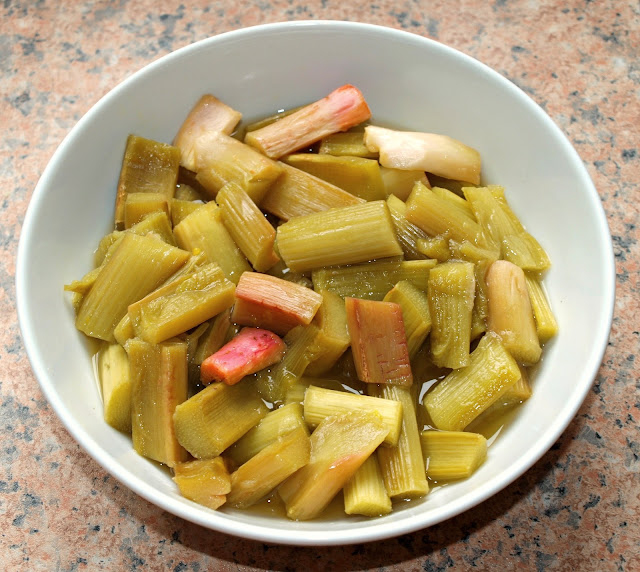 I would normally eat my rhubarb with custard, but on this occasion we took the opportunity to try some Frank's Diabetic Vanilla ice cream, which we have recently discovered. And very nice it was too!
Posted by Mark Willis at 17:30