Although this time of year is a pretty slack time in the garden, if you look closely there are always a few things of interest.

Most obvious is my flowering cherry tree. This year we have had very little in the way of strong winds and heavy rain so the blossom of the Autumn Cherry has not had to endure its usual battering... 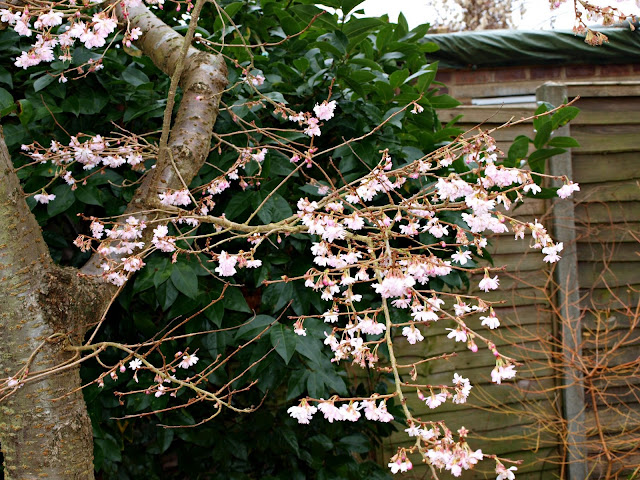 The Wallflowers are looking very strong. They won't flower for quite a while yet, but I think they are building up the ability to put on a good show in the early Spring. 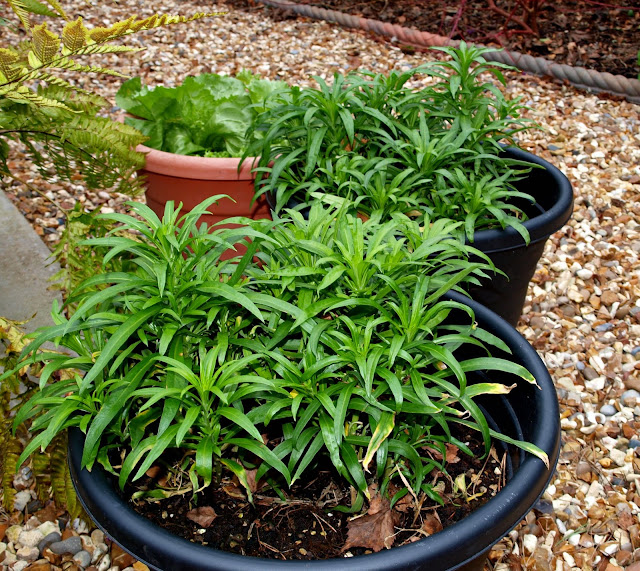 The foliage of the ferns has still not died down fully, presumably because of the mild conditions we have been experiencing. Underneath this year's slowly browning fronds, the buds are already swelling for next year's growth. 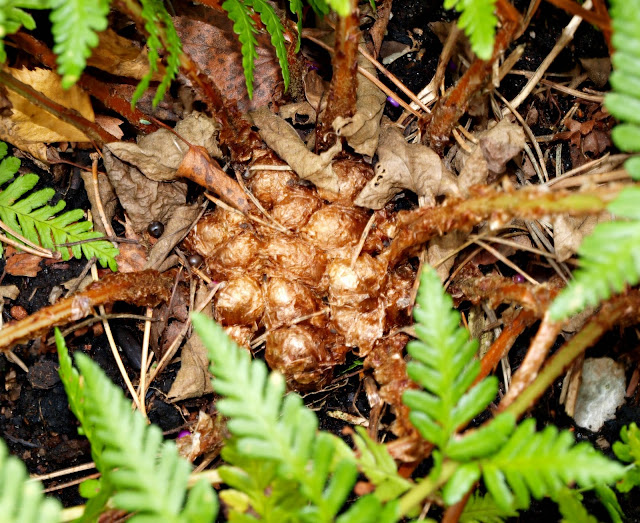 The Buddleia Davidii (new to me in 2011) has lots of new silver-grey growth, I'm hoping that with a bit of judicious pruning it will be more compact this coming year. 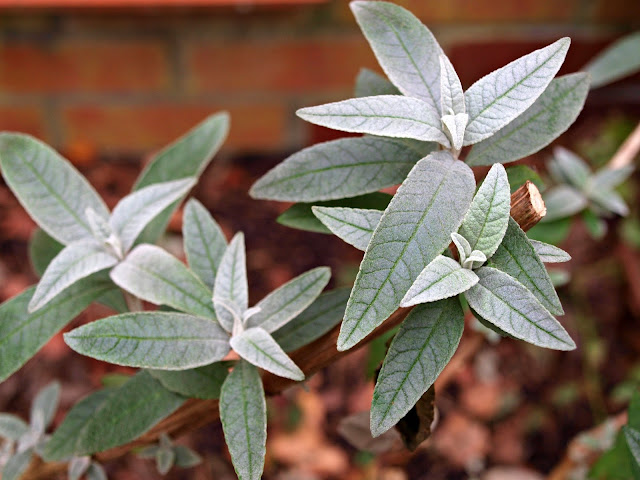 My little patch of Land Cress is healthy, and still growing well. It's never going to produce large quantities, but a even just a few of its peppery leaves are enough to liven-up a salad every now and then. 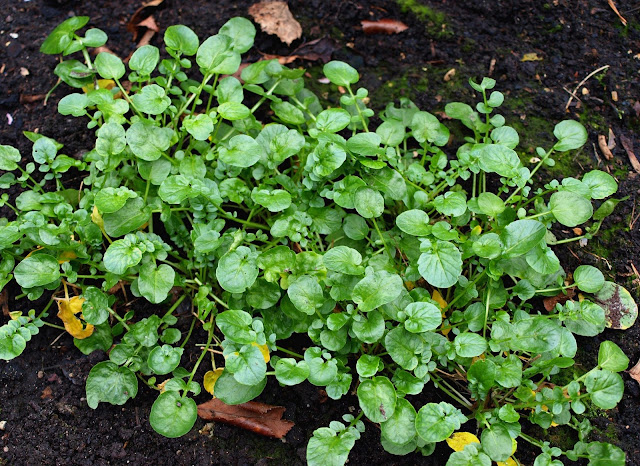 Over in a corner near the compost bins, the Good King Henry is putting up new growth. It's more of less evergreen. There are few points in the year when it has no young shoots at all. The tender young leaves occasionally find their way into one of our salads. 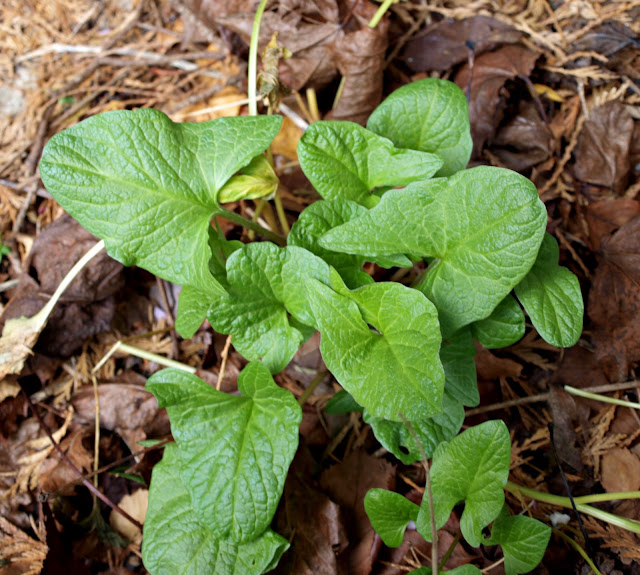 Perched on the end of a bamboo cane supporting my Bronze Fennel is this haughty little Duck-shaped cane-topper. He has a history too you know. He was given to us many years ago by the student exchange partner of one of our daughters. He hails from Lindenberg in Bavaria... 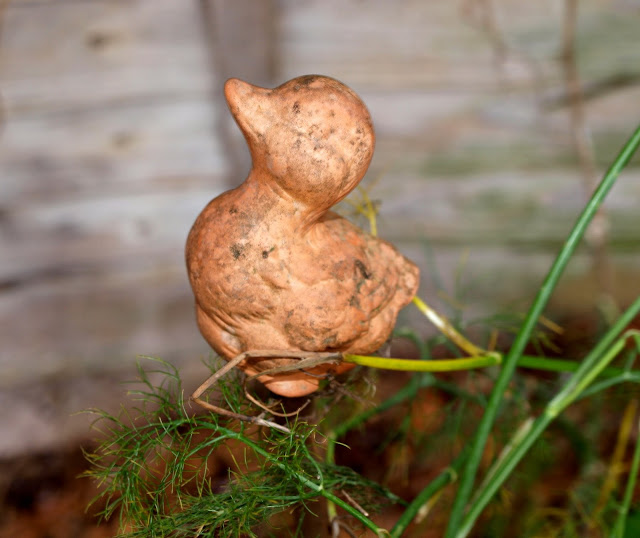 ﻿I was going to say that he has rather a "stuck-up" expression, but I suppose that could have something to do with having a bamboo cane thrust up his rear end?!!
Posted by Mark Willis at 17:30