Since the weather conditions in 2011 were a bit unusual, my Purple Sprouting Broccoli has become very confused. As I reported previously, I harvested the first PSB spears on 28 November, a good three months earlier than normal - and that's not because I'm growing a different type; mine are the same varieties as last year (Rudolph and Red Arrow).

Last week I harvested more spears from the same plant that yielded the ultra-early crop (one of the Rudolph ones). 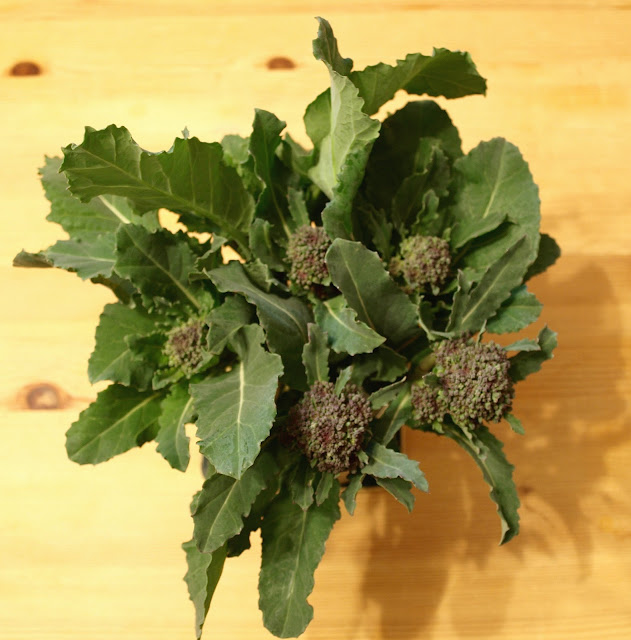 The spears looked OK, but as I cut them I felt that they would be tough. The stems didn't seem tender like they normally are. 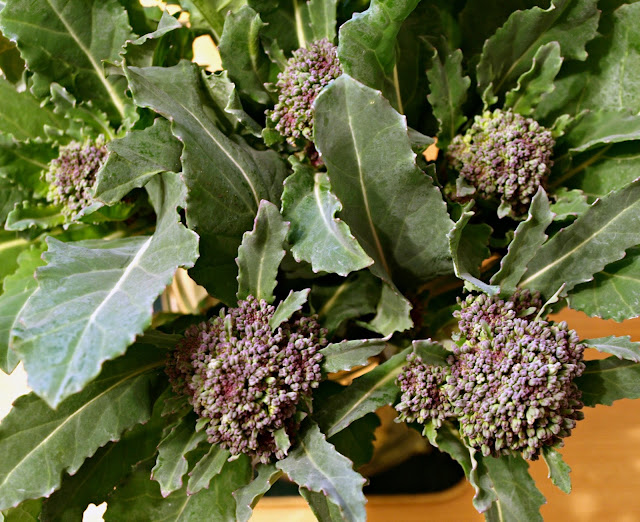 We ate this batch of PSB spears with Chinese-style meal, and they turned out to be OK - not wonderful, just OK. I was so dubious of their quality that we actually had some shop-bought Calabrese broccoli on standby, just in case... 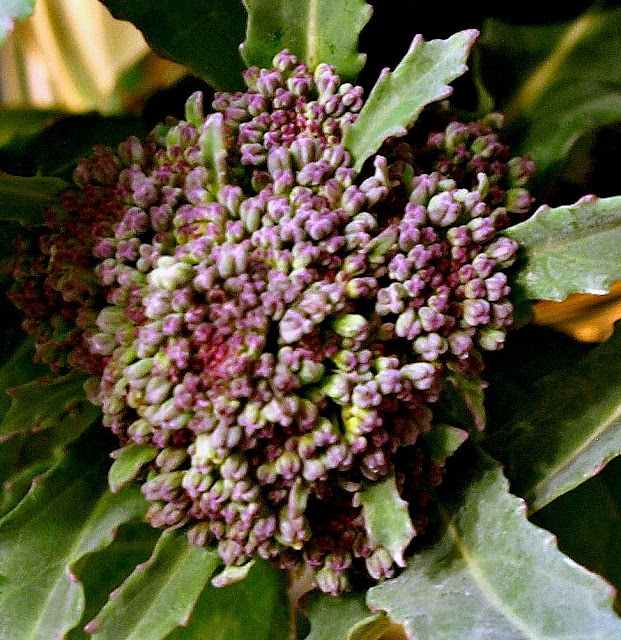 The PSB plant in my final photo is one of the Reserves, planted very late in the season, in a container used earlier for Tomatoes. It looks healthy enough, but very small, so I somehow doubt whether it will ever produce a worthwhile crop. 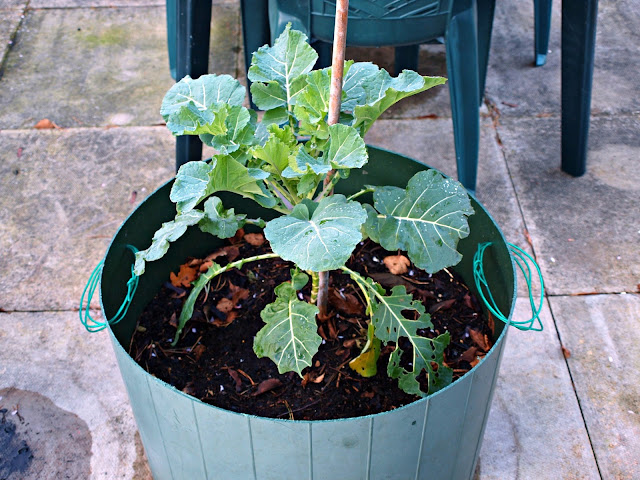 ﻿
We had some very stormy weather during the first week of January, and I was very glad that I had provided some good support for my broccoli plants. Otherwise they would have been flattened, without a doubt. I always support my broccoli with 5-foot hardwood stakes, hammered well into the ground, and I tie the plants to these stakes using soft string, at a minimum of two different heights.
*********************************************************************************
P.S. My blog is now featured on the website of the City and Guilds Centre for Skills Development alongside other blogs on the theme of learning to grow food. Hopefully my blog will help others to see that you don't necessarily need a big space to grow a worthwhile amount of fruit and veg - and that the growing of it can itself be very therapeutic. I believe that planning what to grow, where and when, and then nurturing your crops to maturity is a skill that has some similarities with Project Management! Why don't you have a look at what this organisation does? They have just published a Report called Roots To Work, which neatly describes what they are trying to achieve, which put simply is "Developing employability through community food-growing and urban agriculture projects." Very commendable.
Posted by Mark Willis at 17:30