Moving away from photo-editing today.... back onto the Foodie theme.

One of the special treats we had at Christmas-time was Panettone. (Although I say "we", I actually mean "I" because Jane has to avoid things like this). Panettone is an Italian confection - a very light sort of cake / bread made with sultanas and candied orange peel. Although it's by no means a traditional English food, it's just one of things that I associate with Christmas these days. 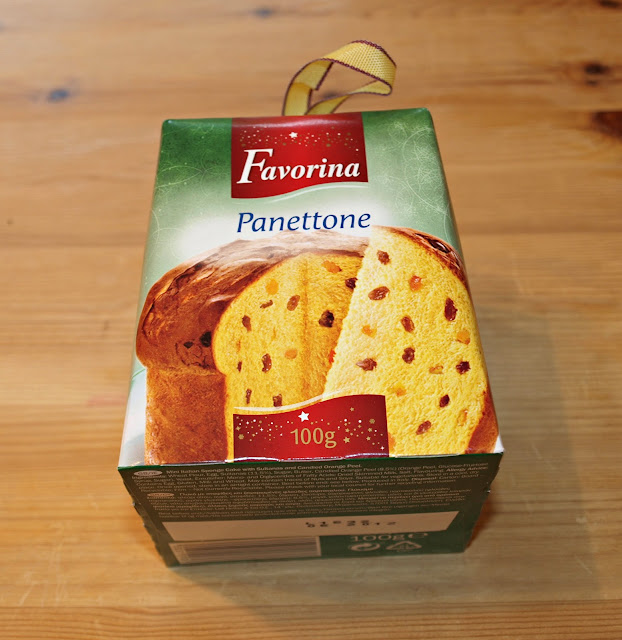 Ours (mine) was only a small one, weighing a mere 100g but you can sometimes find ones as big as 1kg.  You can buy them in most supermarkets at Christmas-time, but most reliably in places with a continental bias, like LIDL (which is where ours came from).

My favourite way to eat Panettone is dipped in flavoured oil. A couple of years ago we managed to get some vanilla-flavoured olive oil, which was absolutely perfect with the Panettone, but this year we haven't been able to find any, so I have used our lemon-flavoured Rapeseed oil instead. The Rapeseed oil has an amazing colour - a really bright (lemony!) yellow. It's that Cotswold Gold oil that we bought at Masterchef Live. 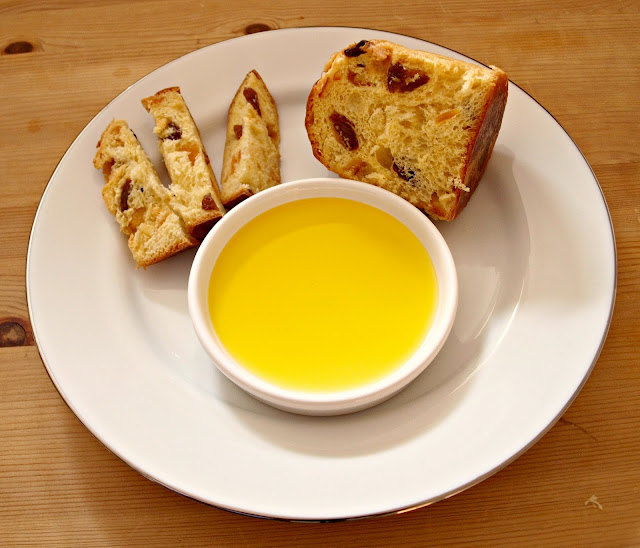 What I do is cut the Panettone into fingers, making them more convenient for dunking. 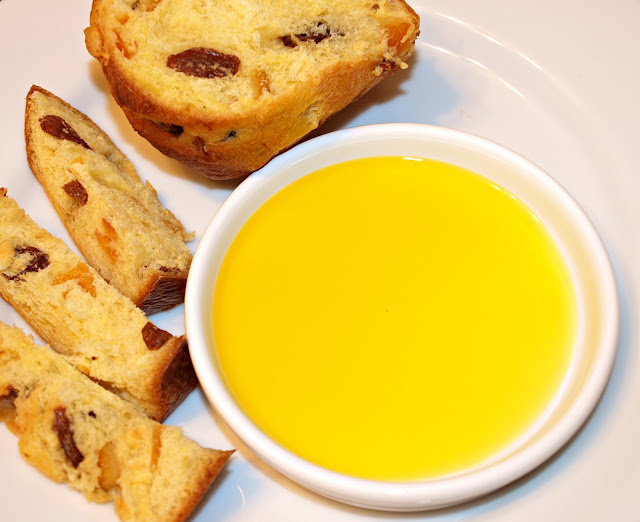 This is really delicious served as a light dessert after a heavy meal. 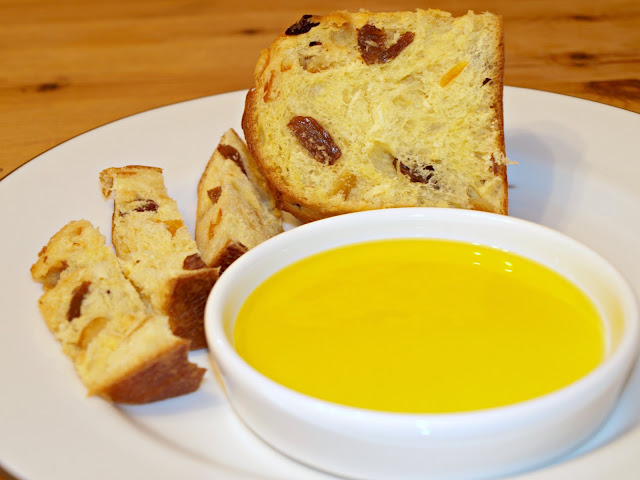 Give it a try: I think you'll like it.

Here's another thought: why is Vin Santo so expensive in England? I'd fancy some of that with my Panettone, if I could afford it!
Posted by Mark Willis at 17:30