A hint of Winter

We've had such a mild Winter so far that the cold weather this weekend has come as rather a shock. Back to scraping ice off windscreens before heading off to work then...

Although it has been cold, we have had plenty of sunshine and only a light breeze, so it has actually been quite pleasant. Lots of opportunities for photography too!

The brassicas are a hardy bunch, so they will survive much worse conditions than these.


The Radicchio will also pull through. In fact it quite enjoys cold (but not TOO cold) conditions, which help its deep red colour develop:
﻿
﻿
The Nasturtiums looked very pretty for one last time. A few hours after I took this photo they were a soggy heap of brownish mush... Still, I hadn't expected them to last into November, let alone January. 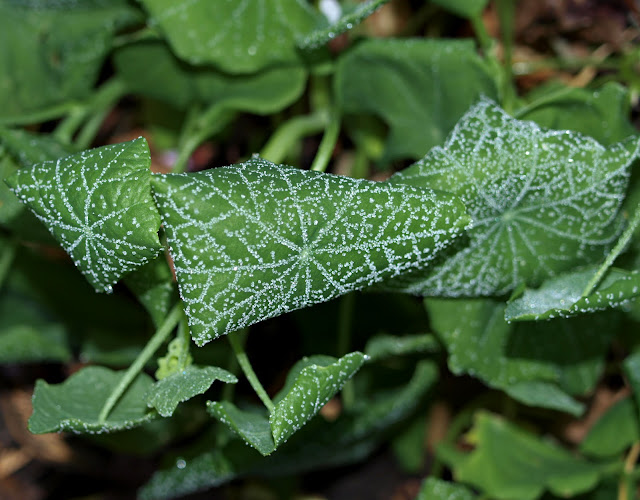 The Sage plants looked as if they had been dusted with icing sugar: 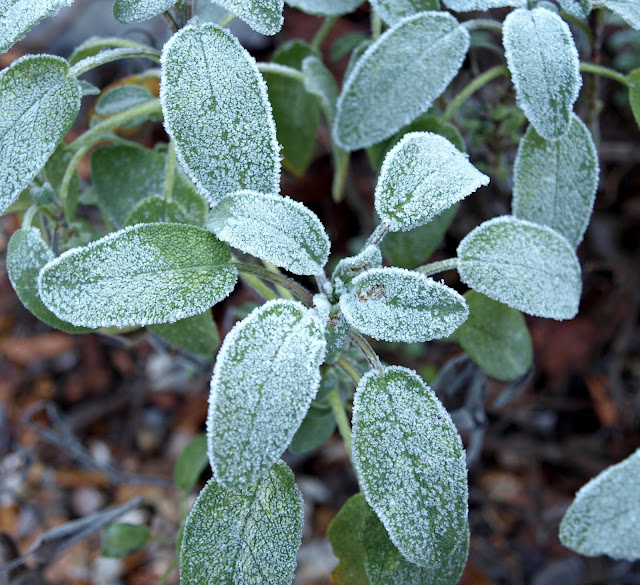 Look how the leaves of the Bay trees got edged with ice crystals. They remind me of the salt-rimmed cocktail glasses in which Margaritas are served! Not a very good photo I'm afraid, because the camera didn't seem to understand which bit I wanted it to focus on, and my hands were too cold to persevere until I got the "perfect" shot.


When you zoom-in you can see some of the complex patterns formed by the ice crystals: 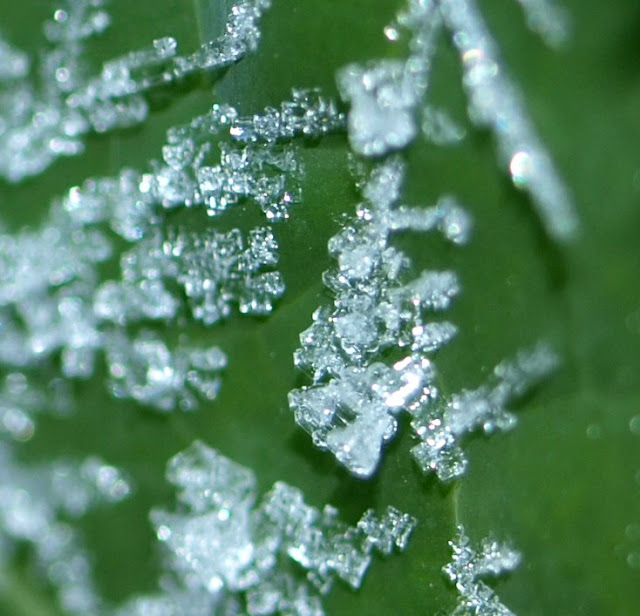 In view of the strong winds we had a few days back, I have positioned a few bricks on top of the garden table to dissuade it from blowing away. These bricks too became fringed with little spiky ice crystals: 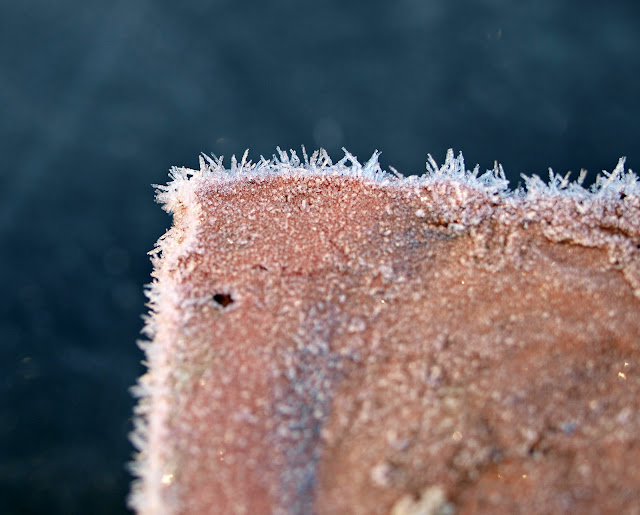 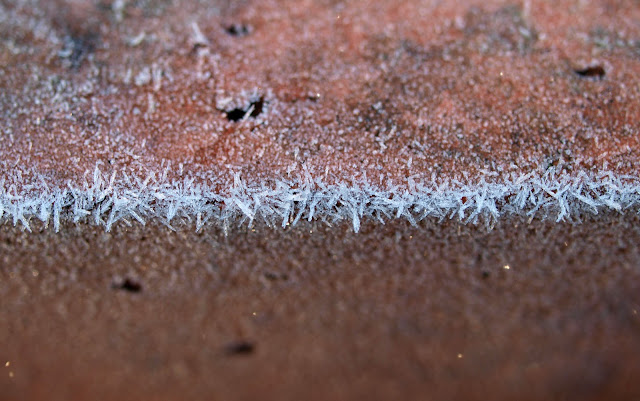 Even the garden chairs were covered in hard-frozen water droplets, looking as if they had been deliberately covered with studs: 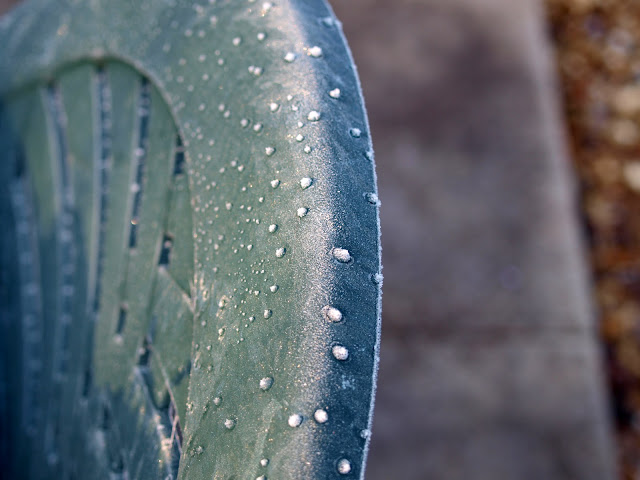 ﻿Good weather for staying indoors and making some soup, don't you think?
Posted by Mark Willis at 17:30