At the weekend I removed the three all-but-defunct chilli plants that were in my plastic mini-greenhouses. They were my least favourite ones (the lucky three other plants are still in the garage and may survive to grow again).

There were still a few fruits on the plants, which I picked before cutting the plants into pieces and putting them in the compost bin. 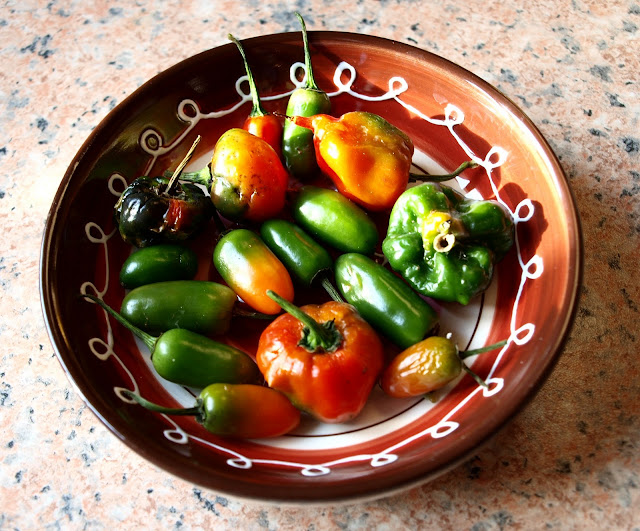 They are not prize specimens, are they? But to be honest I'm amazed to get any at all at the end of January. 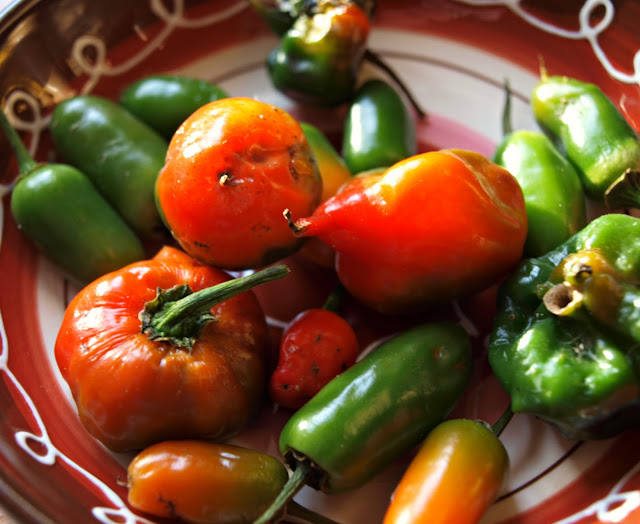 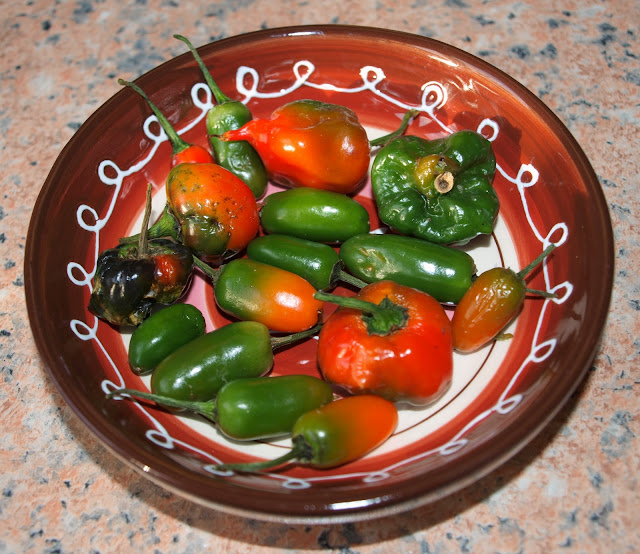 I'm just about ready to start sowing new chilli seeds. I've resolved not to sow them until at least the beginning of February. This year I shall be sowing "Amando F1" as well as three varieties that performed well for me in 2011:- "Hot Portugal", "Fuego F1" and "Pinocchio's Nose". 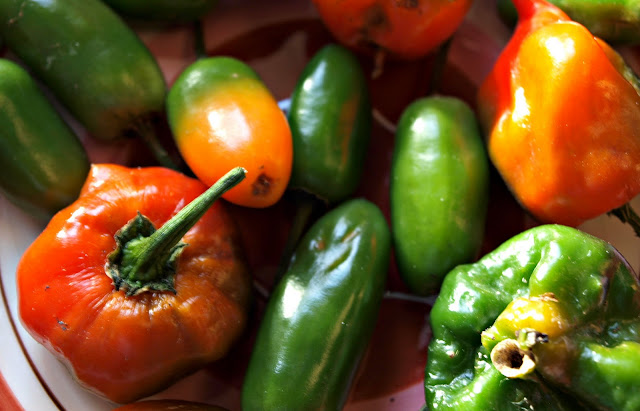 All six types of chilli that I grew in 2011 produced very mild fruits. This may have been because of the weather (we had a very grey Summer, with precious little sunshine), but I have heard that being too kind to chillis can have the effect of making them bland, so maybe I was too generous with the water and the plant-food? This year I think I will be a bit harsher and force them to earn their place in my garden!

Who else is growing chillis? If you are, what varieties have you got? And has anyone (especially in the UK) sowed their chilli seeds yet?
Posted by Mark Willis at 17:30