The last of the Parsnips

The other day I wrote (here) about the fact that my parsnips were beginning to re-sprout. I subsequently decided that I should dig them up, influenced by the fact that I shall need the space soon for Spring sowings (which this year will be possible a little earlier than in previous years, since I now have some cloches). Incidentally I recently acquired a fourth one of those Parasene "Longrow" cloches, so I now have enough to cover one complete raised bed.

This was the yield from the last part of my double row of parsnips and Hamburg parsley: 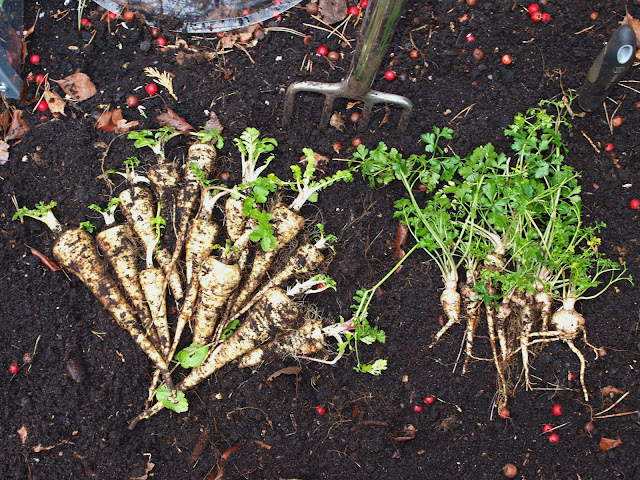 Although there were 14 parsnips (weighing a total of 700g),  they were mostly very small. Only three or four were of a respectable size. You can judge their size by looking at the garden fork at the top of the first photo. 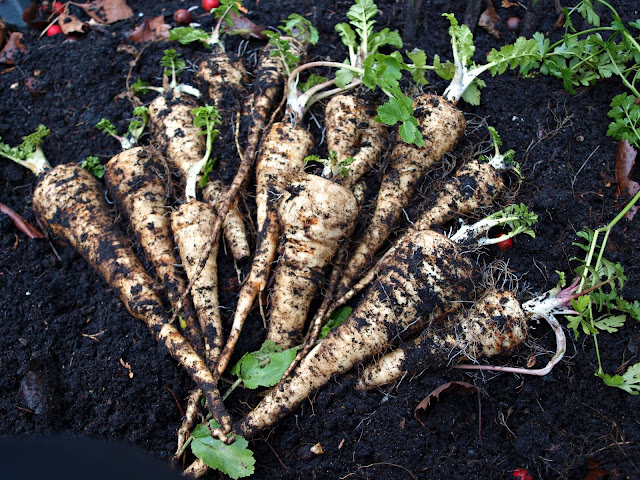 But if the Parsnips have yielded well this year, the Hamburg parsley has been disappointing. Although these last few are the biggest of the ones I grew, none of them are even as big as the smallest of the parsnips. I think I'll just save the best half dozen or so and use them for flavouring a stew or some stock. I will not be growing Hamburg parsley again. 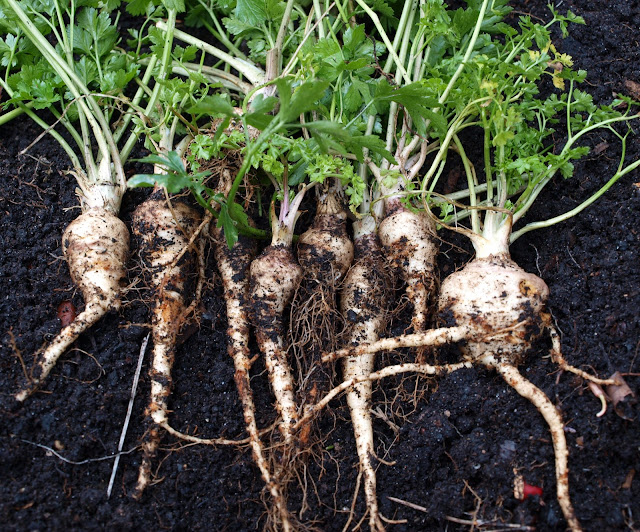 One of the parsnips did provide a little bit of amusement.... 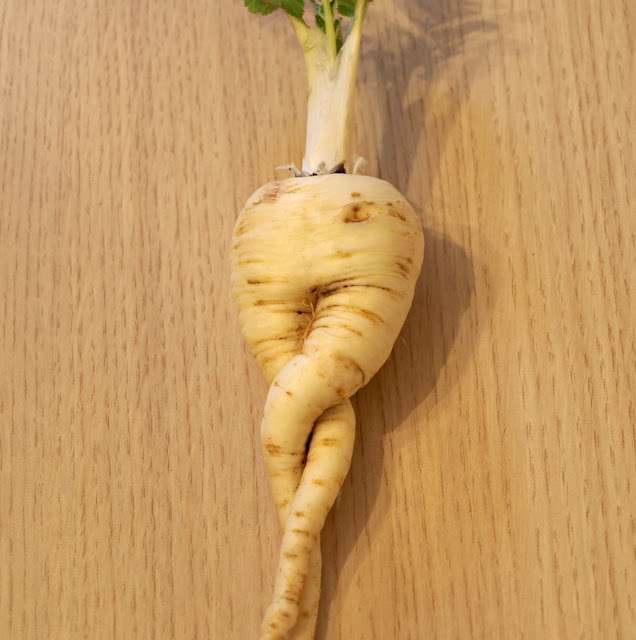 An ice-skater who has tried an over-ambitious pirouette, maybe?
Posted by Mark Willis at 17:30