In my garden this week I spotted this rather sinister spider 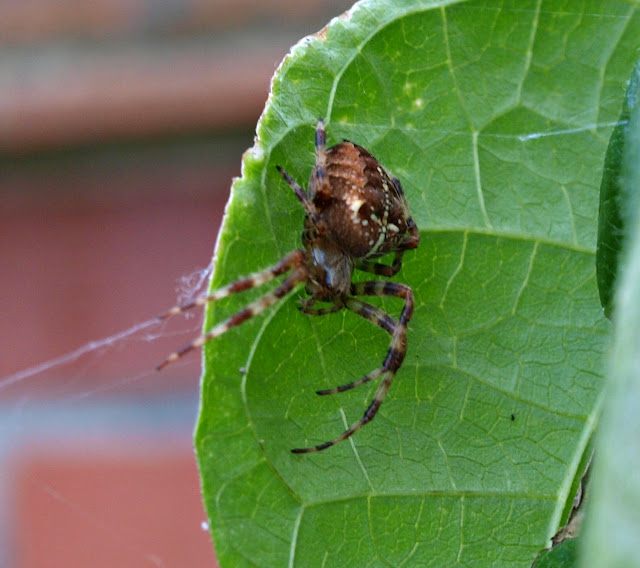 This little beastie had spun a big web between my "Cobra" climbing beans and the Buddleia. I had a close look at the web in the morning when it was new (I even tried without success to get a good photo of it), and by the evening the web had fulfilled its purpose - it had ensnared a prey insect. 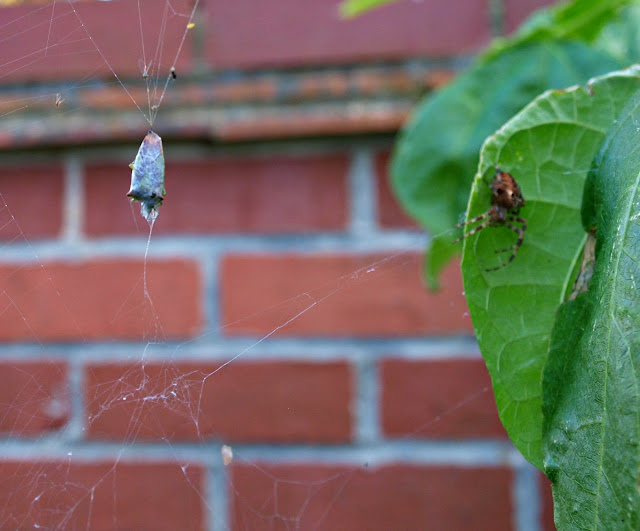 The web looks a bit ragged now, but the insect is well and truly smothered in it.  The spider waiting in the wings will soon be enjoying a substantial meal!

I think the victim looks a bit like a roosting bat! 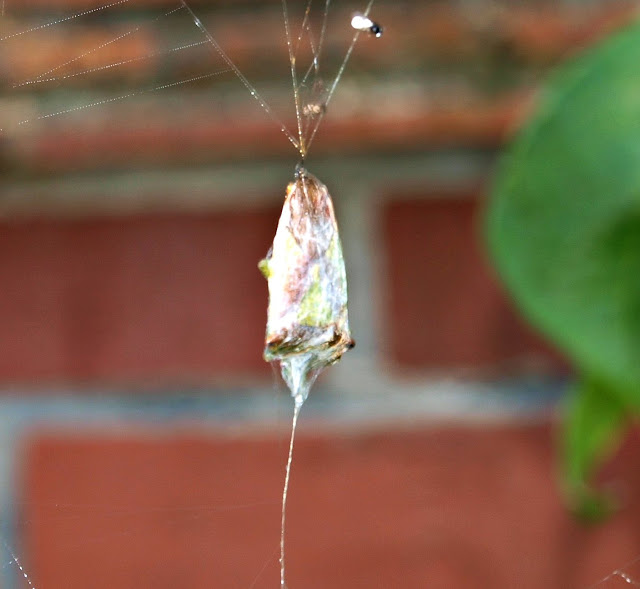 Here's another shot of the "Web Designer"! 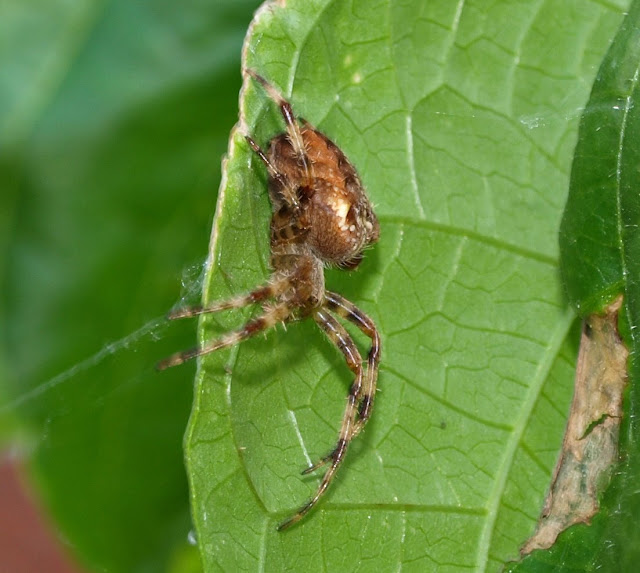 ﻿By the following morning, the prey had been moved into the spider's lair under a bean leaf, and the damaged web had been repaired. We can now see that the victim is a Shield Bug. 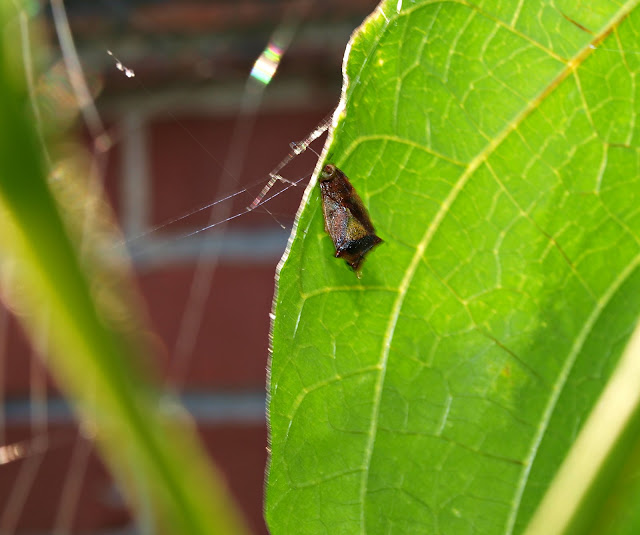 Here is the spider tucking into its meal: 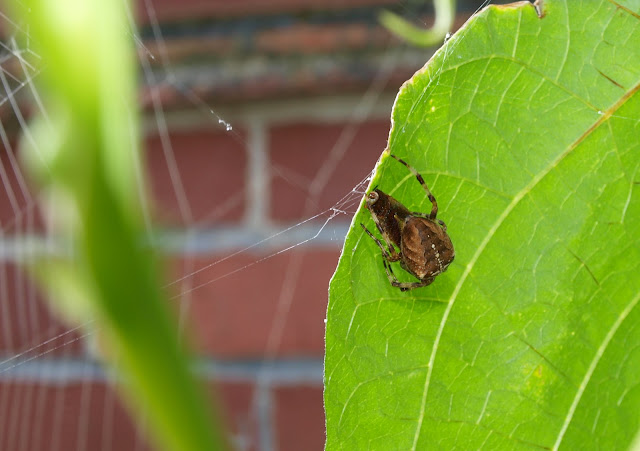 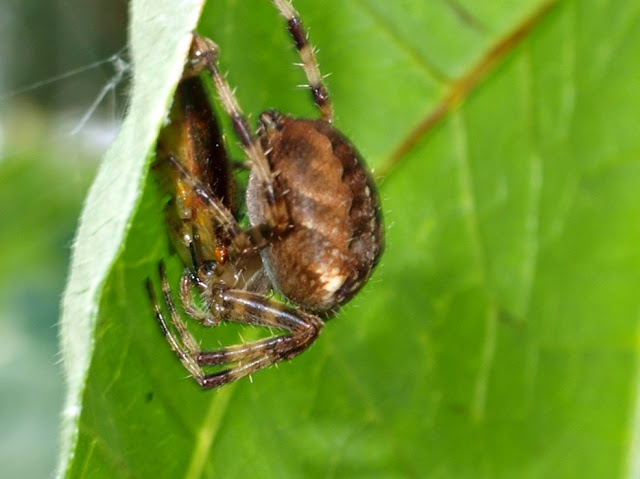 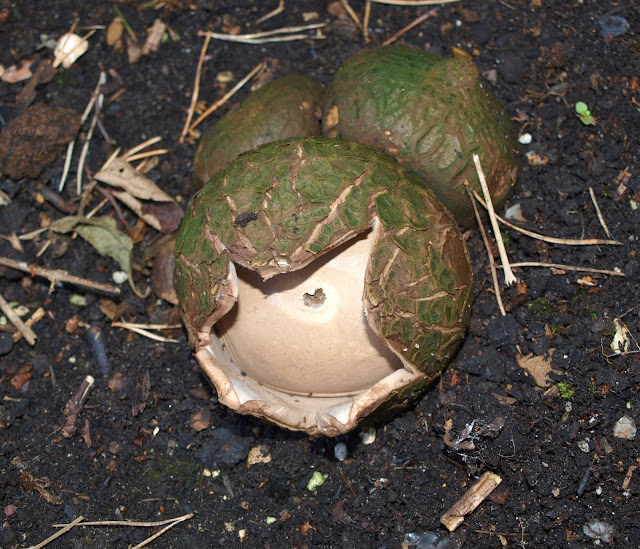