Oh No, not MORE lettuce!

No, not lettuce. But salad, definitely. Whilst I do like lettuce in my salads, I also like other things, so I thought I would show you some of the "other things" I have in my garden at present.

The first one is Catalogna chicory. The Chicory family is very diverse and there are hundreds of varieties to choose from. This type is grown for its tender young leaves, which are harvested very young - it doesn't produce a heart like many of the others. Actually, the leaves look a lot like Dandelions. They are "denticulate" - in other words they have serrated "teeth" along the edges. My Catalogna came from a freebie pack which I got with a seed order. It seems OK, if rather unexciting, but I'm not sure that it is one I would grow again. Maybe as part of a mixed Baby Leaf Salad? I expect it can survive quite cool temperatures, which would be a bonus. 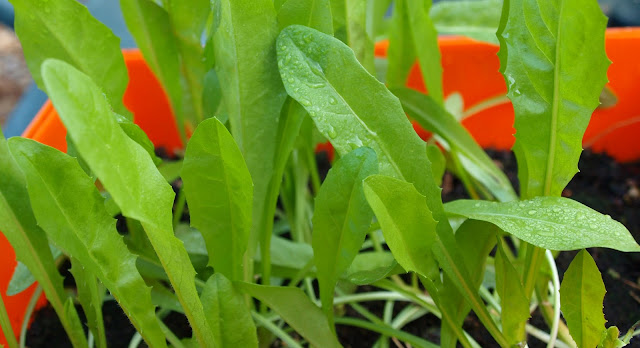 This is Land Cress, sometimes described here in the UK as "American Cress". It grows quite happily in normal garden soil, though it prefers damp conditions. It is quite long-lived and will self-seed if you allow it to. I pick individual leaves on a cut-and-come-again basis. The flavour is pretty peppery, which I like. A little bit of this can really liven-up a salad. 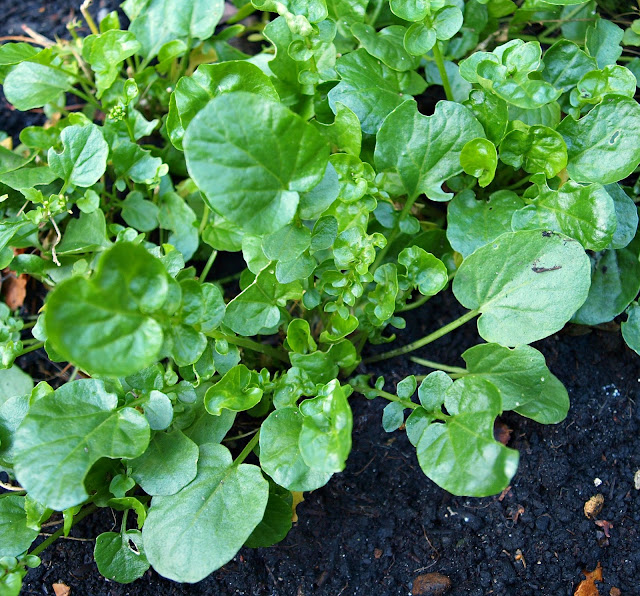 This is a young Curly Endive plant. It's not really ready for picking yet, but I'm impatient and I have sometimes been known to pick a few leaves from an immature plant when little else is available. This sort of Endive is grown just like lettuce, and used in the same way. It has a sharper, less sweet flavour than lettuce. I like that, but I'm aware that it doesn't appeal to everyone. You can reduce the bitterness by blanching the mature plants for 10 days or so before harvesting. 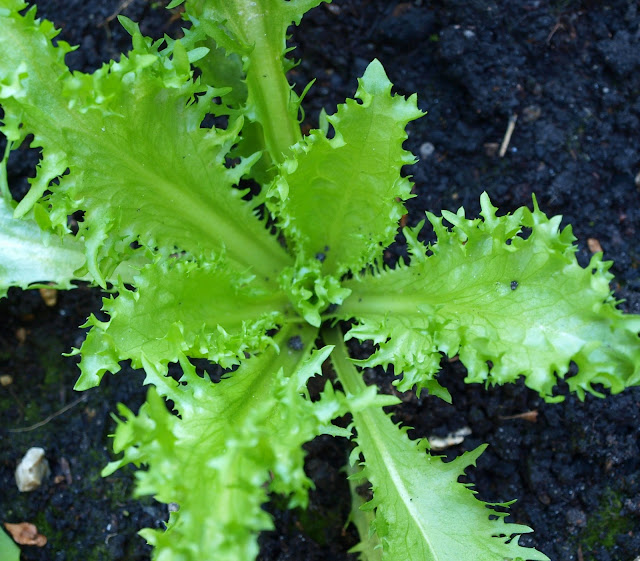 This one is Good King Henry. It's a plant that is used much like spinach. Its older leaves need to be cooked, but the tiny ones work well in a salad. I love their spearhead-like shape. The flavour is a bit bland though. 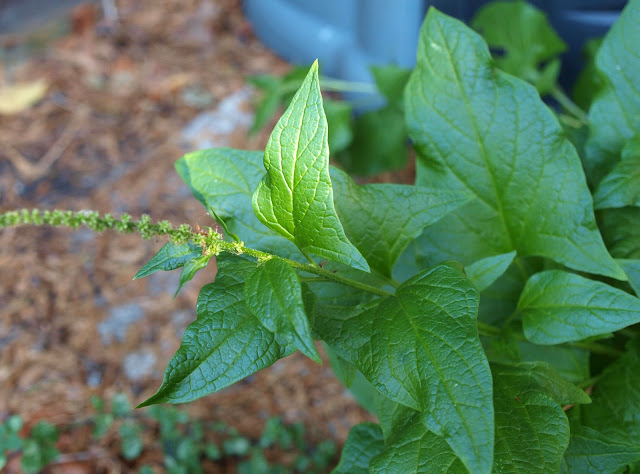 These are Nasturtiums. Most people grow Nasturtiums for their ornamental value, but their flowers and leaves are edible (as are the seeds). I can vouch for the fact that the flavour of the leaves is very distinctive and peppery, though I have never eaten a flower so I can't tell you whether they are nice to eat. They would certainly bring plenty of colour to a salad, even if you didn't eat them. 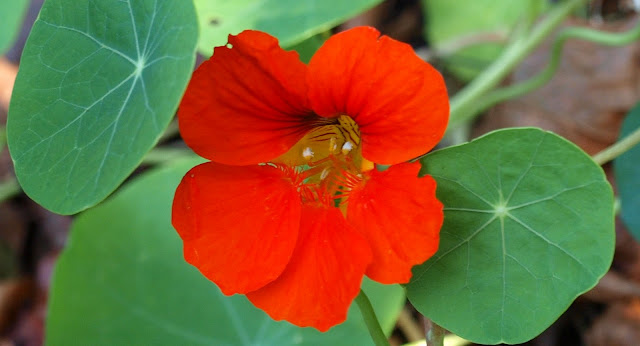 The little tiny leaves are best for eating; the bigger ones can be a bit chewy! 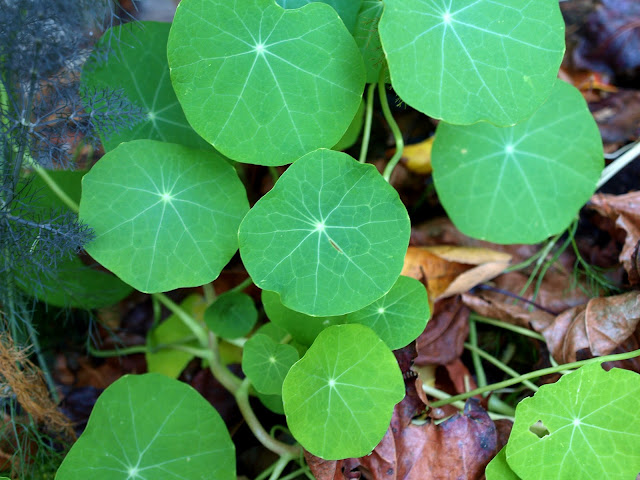 Of course if you want colour in your salad, you could do a lot worse than grow some Radicchio... 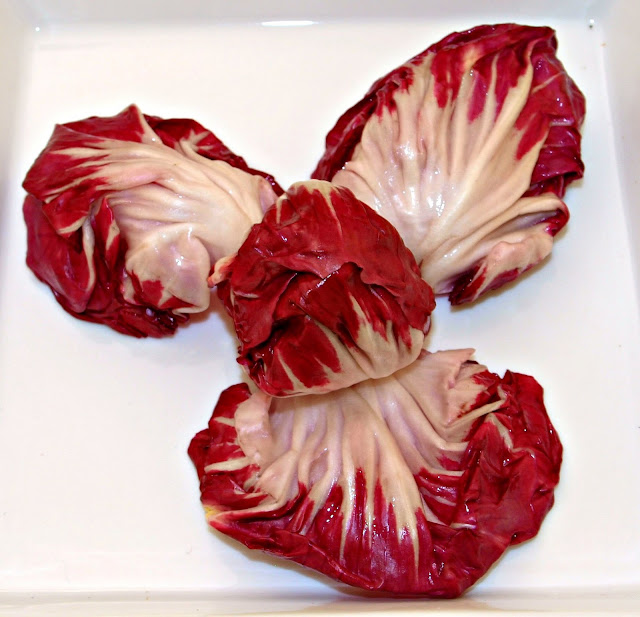 Another edible flower that is sometimes used in salads is the Calendula or Pot Marigold: 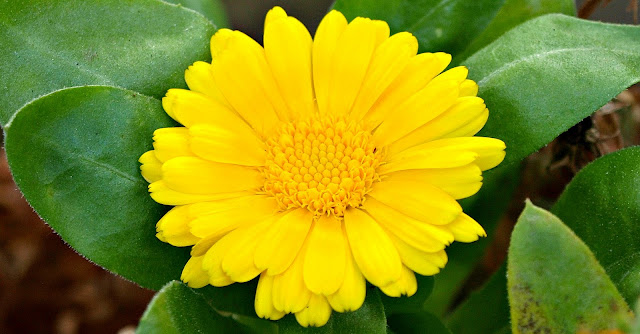 Finally, I have Purple Basil. This is also an ingredient that adds a wonderful colour to any salad. Its flavour and aroma is strong, so I tend to use Basil sparingly. I often put some whole leaves on or in a salad to "perfume" it, and then remove them before we eat it. 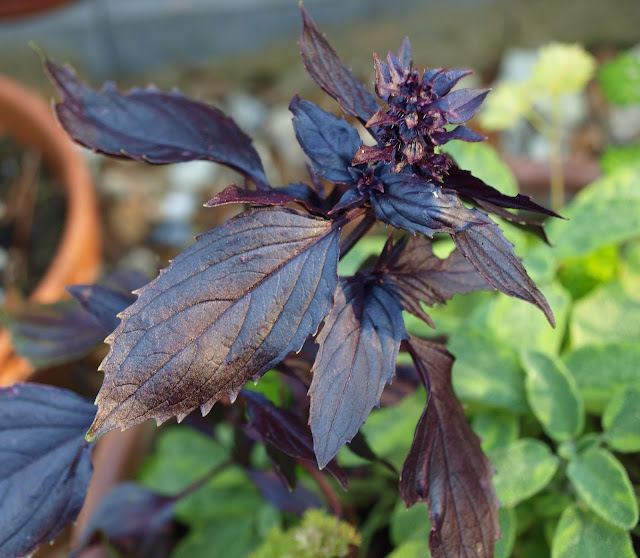 And just in case you thought you were going get all the way through a "Salad ingredients" post without a picture of a lettuce, here's one for you... 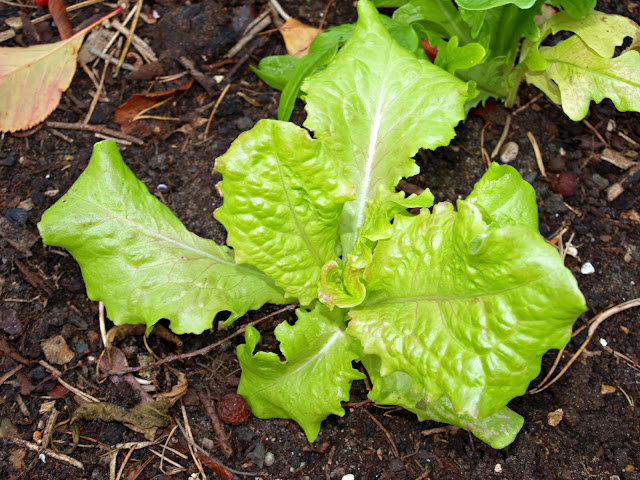 ﻿This youngster is a "Marvel of Four Seasons", but whether it will cope with our Winter season remains to be seen!
Posted by Mark Willis at 17:30