Late chillis and an exercise in one-handed photography

We've had a lot more Autumn sunshine than is normal for October in the UK, and my chillis are loving it. Many of them have decided to produce some more flowers, hoping for a second crop. If I had a greenhouse, I would move my chilli plants into it right now, because the plants themselves still look full of vigour, but it can't be many days now before we get frost, so I think their days are numbered.

The Serrano chilli plant has produced only a modest crop so far. Most of the fruits have been very small, like this: 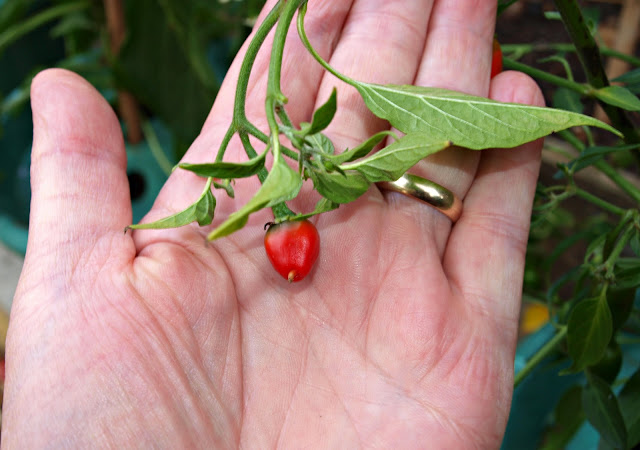 (By the way, this is where the one-handed photography starts. I couldn't get the chillis into a good photography position without holding them!)

The latest batch of Serranos has been much more typical in shape - longer, in other words. 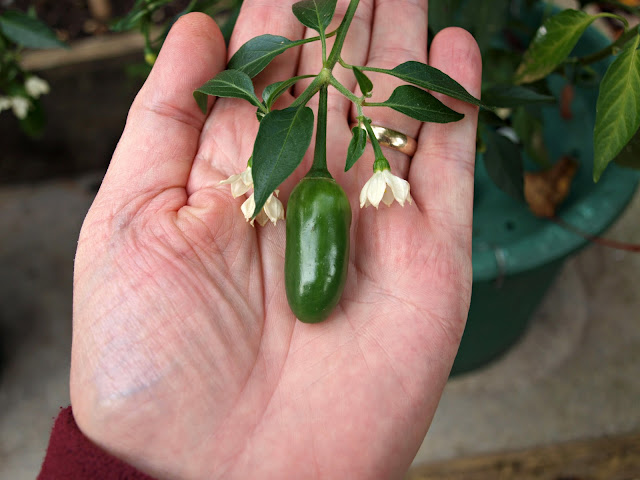 Some of the "Pinocchio's Nose" chillis have grown to a good size. On the packet of seeds is says "Fruits may grow up to 25cm in length", but I'm not sure where you start measuring. Is it the beginning of the stem? Or the shoulders of the fruit itself? However you measure it, this is a big chilli. 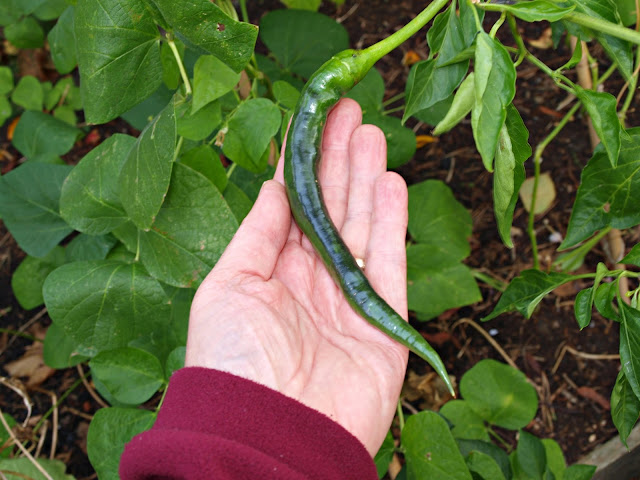 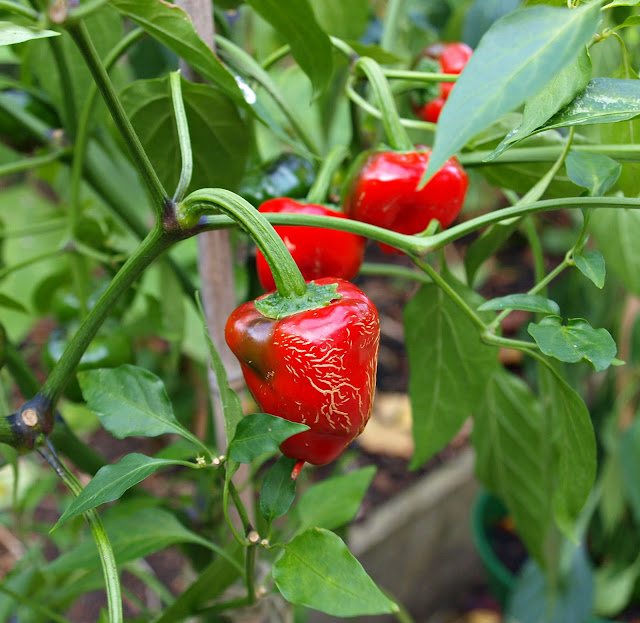 Only two or three of the "Cherry Bomb" ones have turned red. There are lots of green ones though. 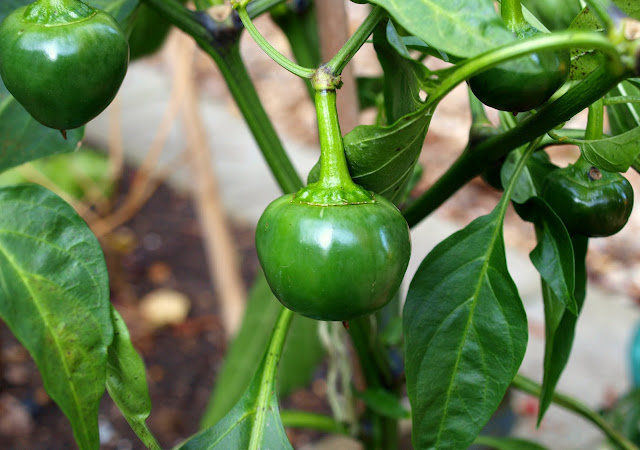 While we're on the subject of late harvests, I must just mention that I'm still harvesting Runner beans. The overall appearance of the plants is decidedly tatty: 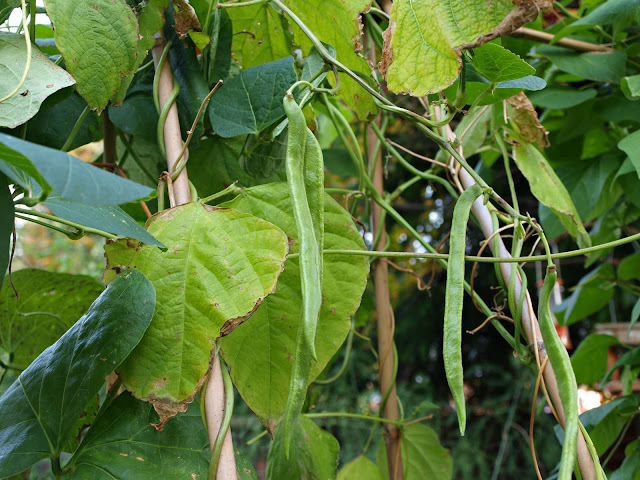 But despite this, I was able to pick this little collection last week. Notice that it includes the "non-conformist" one I showed you a few days previously. 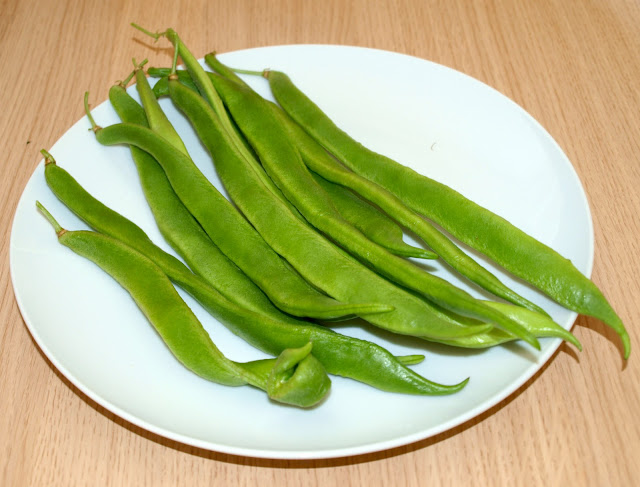 Well, tatty foliage or otherwise, I'm not taking those plants down until one of two things happens:
A (preferred option) - the beans in the next picture get big enough to be worth picking, or
B - frost kills the plants. 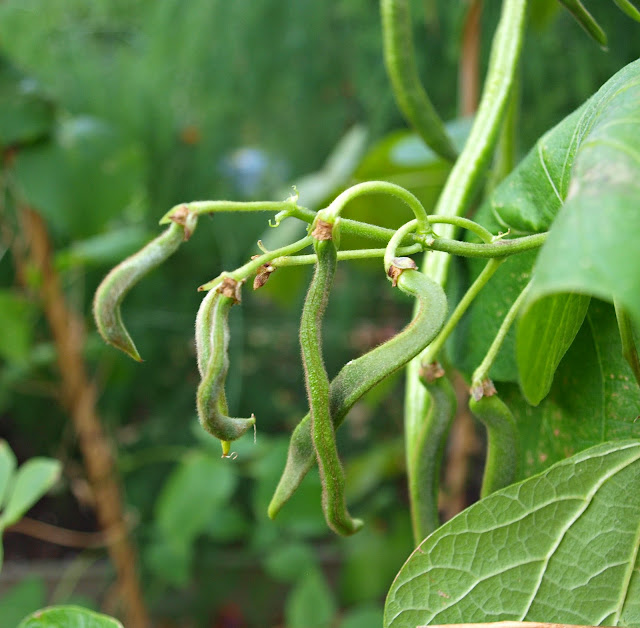