A couple of weeks back we had our first go at making a meal based around the Mexican-style tortilla (based on some useful advice from my blogging friend Fer, of My Little Garden In Japan ). Having decided that masa (dough) made with the sort of fine polenta we had available was not going to work, we eventually made our tortillas with plain flour, and they turned out just fine.

This week we used a different recipe, which we found in the March 2011 edition of the BBC Good Food Magazine, to make tortillas with masa made of a mixture of plain flour and polenta, with the addition of some baking powder, salt and vegetable oil. This produced a masa that was much easier to work with. It had more elasticity, and neither crumbled nor stuck. We were able to produce some fairly respectable tortillas (by British standards, that is!). 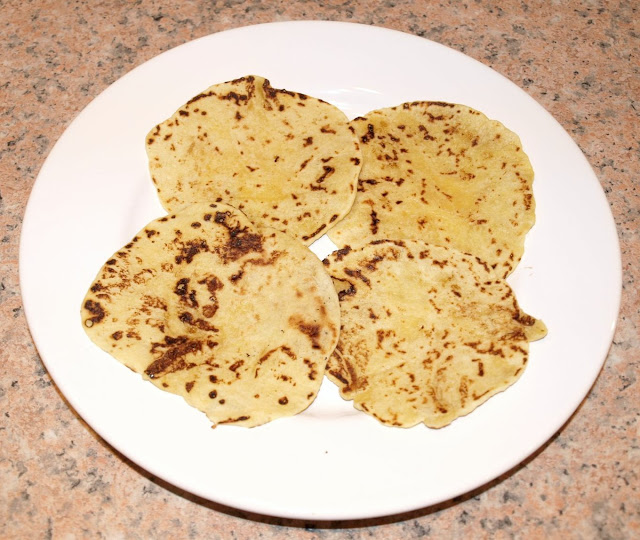 These tortillas (and others like them) formed the basis for a lovely meal, but the star of the show was the meat. This was a slow-cooked spicy pork dish - cooked for about four hours, until so tender that it was almost literally falling apart. The meat (pork shoulder) was cooked in a sauce based on onions with a load of aromatic and spicy flavourings: cinnamon, cloves, chilli, smoked paprika, dried oregano, garlic, etc. Just before serving the meat was flaked into slivers, using a couple of forks. I think this is what in the USA and Mexico is referred to as Pulled Pork. We thought the pork was absolutely lovely! The cinnamon and clove flavours were pleasantly surprising.

As you can see, our "Spiced Pork and Tortillas" dish was accompanied by a fresh salsa made with cherry tomatoes, avocados, spring onions, chillis and lime juice, along with some soured cream. P.S. The tortilla-press made the business of producing tortillas of the right size and thickness very easy. I'm glad we bought it (and lugged it all the way home from Vancouver!) 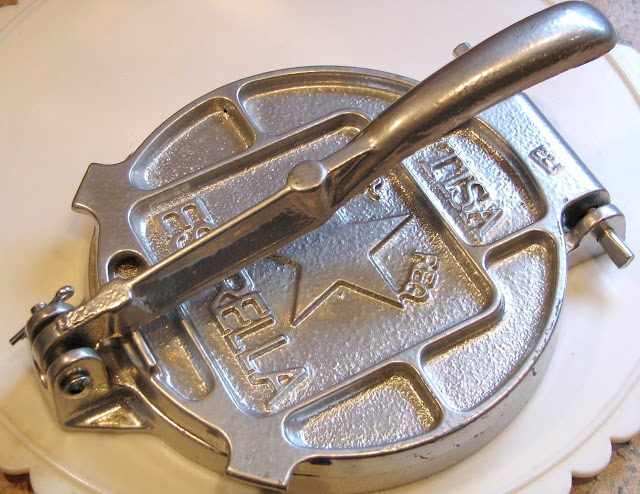 This recipe is strongly recommended! By the time you read this it may be on the BBC Good Food website. It was called "Cornmeal pancakes with spiced pork and avocado salsa".
Posted by Mark Willis at 17:30