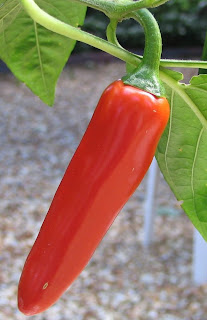 Most of you will realise by now that I have adopted the Chilli as the symbol of my blog; my "signature plant", you might say. This is because I love growing chillis and, to a limited extent, eating them. Unlike some chilli fans I'm not a fanatic. Maybe I have a delicate constitution, but I find that eating too much chilli has serious adverse effects on my digestive system. However, I do enjoy the taste of chillis, and I do like a bit of spicy heat in my food when it is appropriate. And that doesn't mean just in curries. Many of the world's cuisines use the chilli. We all know that chillis are used a lot in Asia and in Mexico, but how many people associate the chilli with Italian cuisine? You'd probably be surprised to know how often it is added to Italian food! Many of you will be familiar with Arrabbiata sauce though. All'arrabbiata means "angry style", named after the heat of the chillis.  So next time you make Clams with Linguine, or even a simple ragu sauce, why not try adding a few chilli flakes and see if you think it improves the dish?

Just recently I have been considering which chillis to grow for the 2011 season. I have learnt that growing chilli plants from seed that you have saved yourself is probably not the best plan, because the chilli is very promiscuous and will cross-pollinate with any other varieties within range. This means that the second-generation plants may well be completely different. For this reason, I will not be pinning too many hopes on the seeds from this little batch of beauties.... 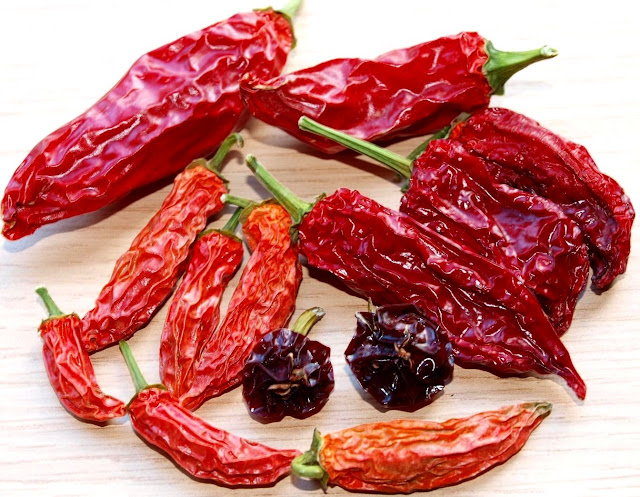 You have to admit though that they have wonderful visual appeal. Some people grow and dry chillis just for ornament. A string of dried chillis like these hanging in your kitchen would look really stunning. 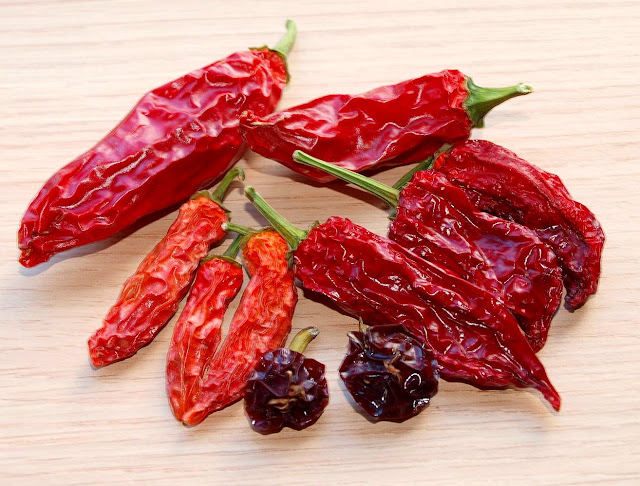 This year I will be growing the following types of chilli from purchased seeds: 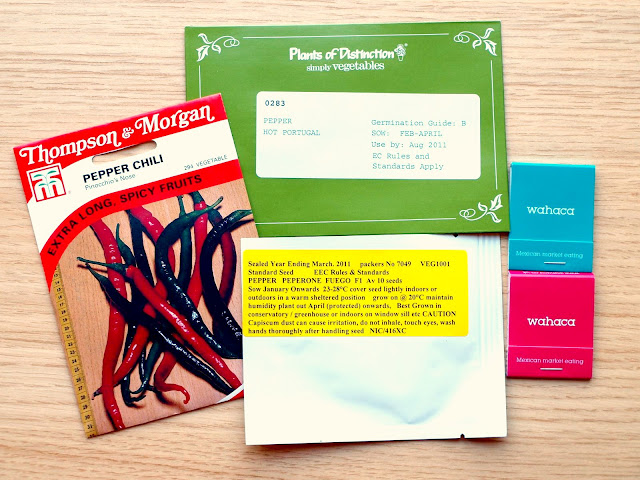 ﻿As you can see, I have got:
There is just one variety of chilli that I do want to grow from seeds I saved myself. I don't know its official name, so I nicknamed it "Long Medium", after its physical characteristics. It produced a mass of quite long (about 7 - 10cm) fruits with a medium level of heat - say 3 out of 5, perhaps. It proved to be a very versatile kitchen ingredient. We had so many fruits that we gave lots away (Emma, this is the one you raved about...), and we froze a lot more.
﻿ 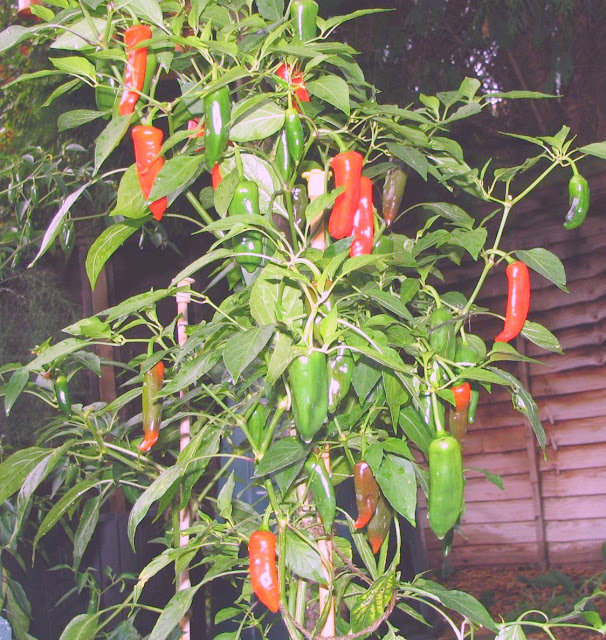 I think you will agree that my 2010 crop is ample evidence that you don't need hothouse conditions to grow chillis successfully. All my chillis are grown outdoors (a little protection is afforded early in the year by my portable plastic greenhouses), and the Summer of 2010 in England was hardly a scorcher.
Posted by Mark Willis at 17:30