The Black Sheep of the Borlotto family

Last year for the first time I grew some Borlotto beans for drying. In the past I have eaten them for their pods, like Runner beans. Having kept these beans for a few months now - successfully resisting the strong temptation to cook them - I now feel that the time has come for them to be put to use...

Whilst harvesting the beans I found one pod containing seeds of a much darker colour than all the rest. I thought this might be fairly unusual, so I decided to keep those ones aside and sow them this coming season to see if I can produce more of them. There were only five: 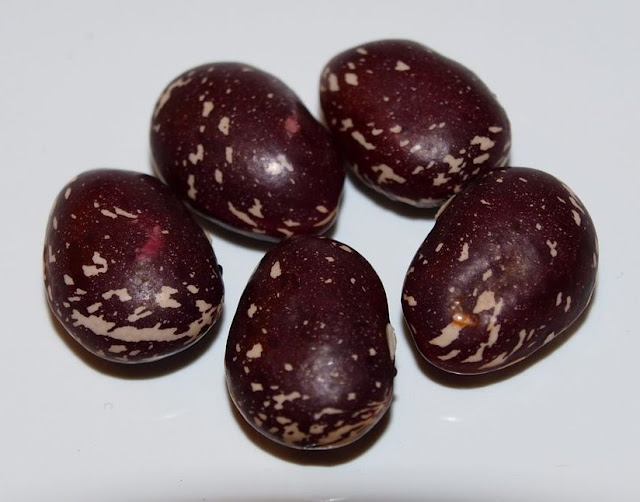 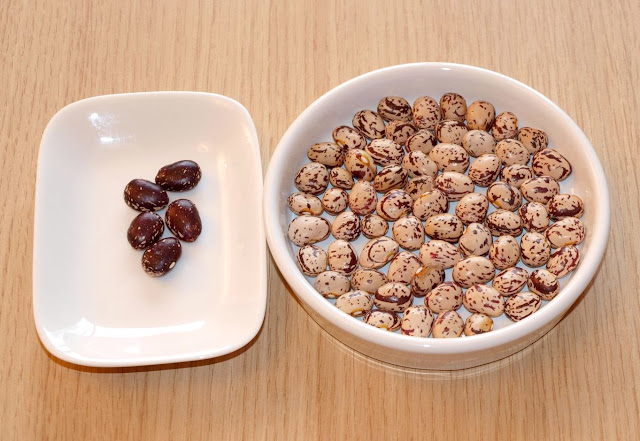 Most of the beans are not going to be sown, but eaten. We have just bought a new book about beans, called "Heirloom Beans" by Steve Sando and Vanessa Barrington. Steve Sando runs Rancho Gordo, a business in California which supplies vegetables to Thomas Keller's highly acclaimed restaurant The French Laundry (winner in the past of the "Best restaurant in the world" award.). 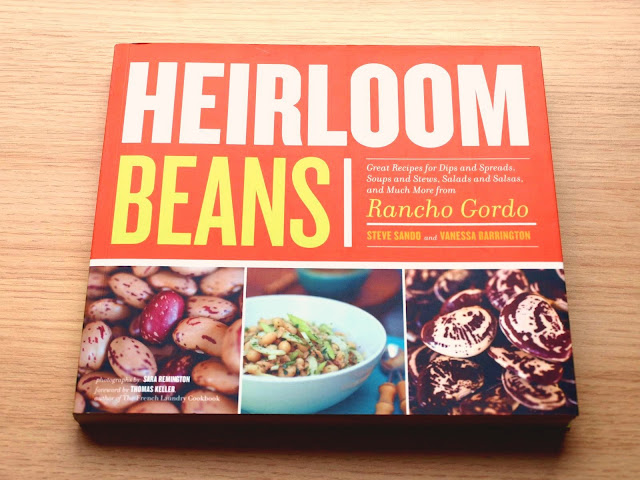 This book is packed with hugely-inspirational recipes for cooking different types of bean. In fact the book describes 50 types of heirloom bean. It is illustrated with some fabulous photos by Sara Remington. The book is basically a recipe book, so the emphasis is on the dried beans as ingredients, and on the dishes you can make with them. It is not a gardening book, though I suspect that most veg gardeners are (like me) Foodies too, and this book will probably appeal to them as well.

I'll write about some of the recipes from the book in due course...

By the way, look closely at the cover of that book, at the left-hand picture. You will see a couple of very dark Borlotto beans surrounded by a lot of creamy-coloured ones. So my dark ones are not a unique new variety after all. (Rats! I thought I was going to be famous for discovering "Borlotto Marksvegplotii")...
Posted by Mark Willis at 17:30