Every gardener grows Lettuce, don't they? As somebody famous once said, Lettuce is the heart of any good salad. It's certainly the first thing that comes to mind when salad is mentioned. We use a lot of lettuce in our household, so I try to ensure that we have a steady supply from the garden during the warmer months. Yesterday I planted out my first seedlings of the year. 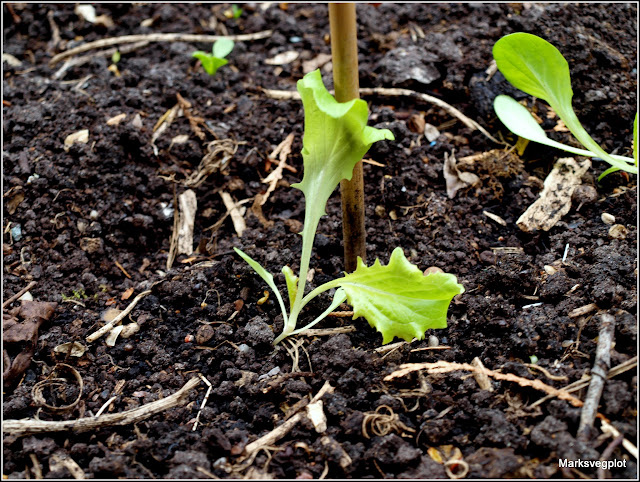 This first batch was taken from a tray of mixed varieties which have been growing in my coldframe for the last few weeks, officially destined to be used as Baby Leaf Salad. I reckoned that if I took a few of the biggest seedlings from that tray to grow as "proper" lettuces they wouldn't be missed. 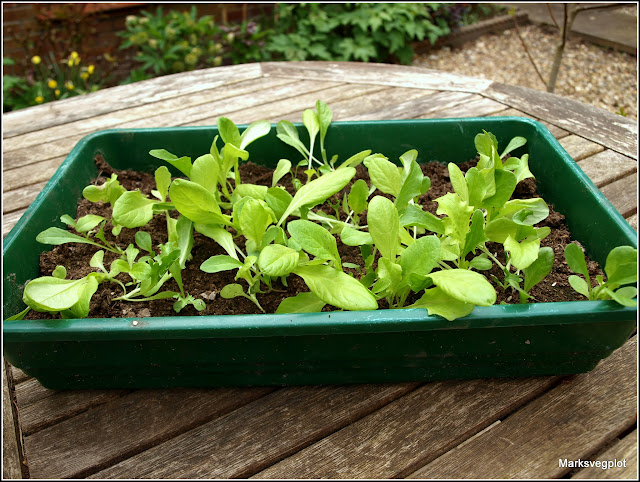 I have planted out 11 little lettuces (as many as would conveniently fit in the space I wanted to use). It's actually not a good idea to plant too many lettuces at any one time, because they will probably all mature at the same time and you'll end up with a glut.
﻿ 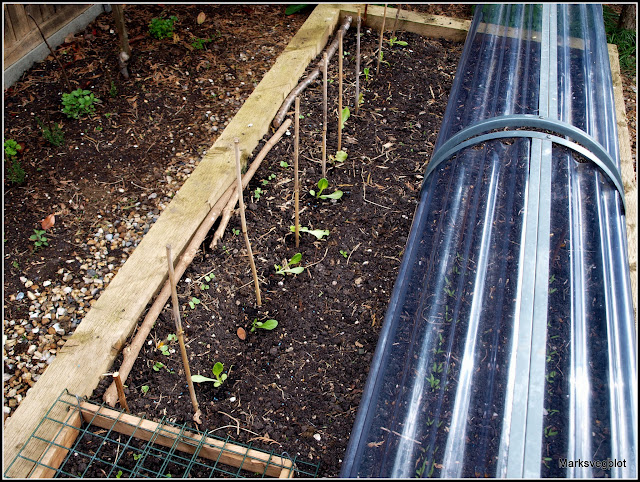 Here in North-East Hampshire we haven't had much rain recently, and the soil is dry and dusty, so I made sure to water the planting-site thoroughly before putting the lettuces in. When planting lettuce it is advisable to put them at a depth whereby their seed-leaves are just above soil level - in other words, not too deep. 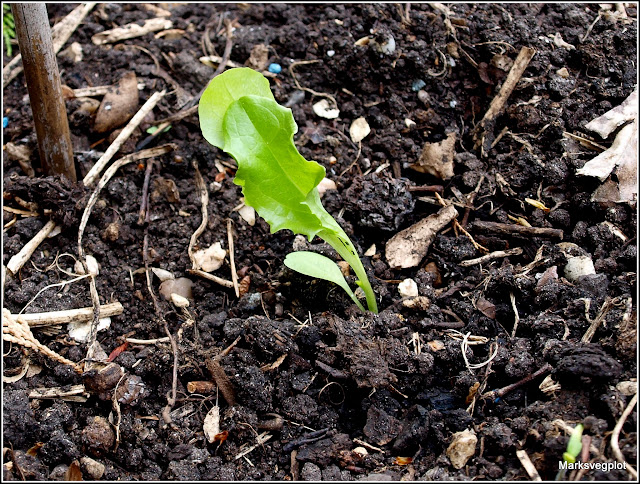 After planting I watered them again, to settle the soil around their roots and help them to recover from the shock of their sudden change of habitat. Recently transplanted lettuce seedlings often look dead because they go very floppy, but they usually recover within 24 hours or so. If the weather is hot and sunny, it's a good idea to plant during the late afternoon so that they get a few hours of coolness before they have to endure heat again. Failing that, you can cover them with sheets of newspaper to provide shade (remember to weigh it down with some stones to stop it blowing away!).

I do not know what variety the lettuces I planted yesterday are, since they came from a mixed pack, but I think some of them are Little Gem.
﻿ 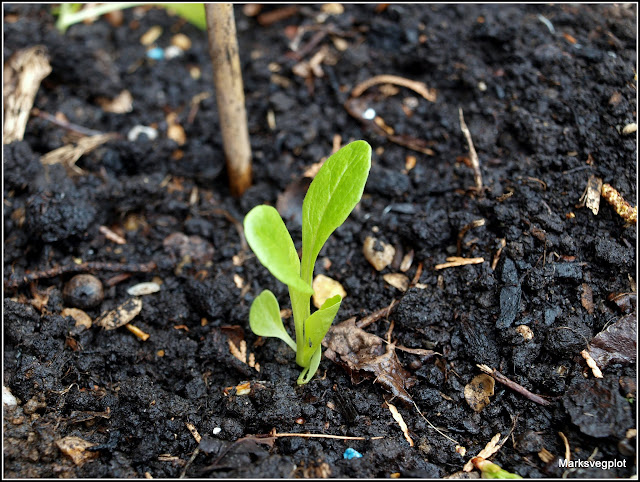 In the coldframe I have another (known) batch coming on. These are "Warpath", a new variety from Thompson and Morgan which is a cross between Cos and Iceberg. 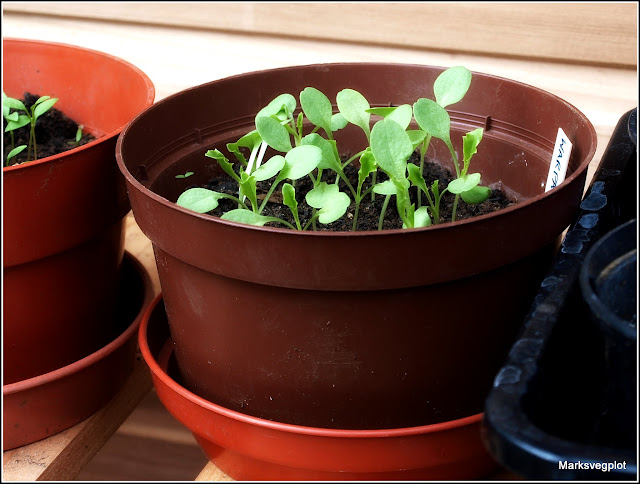 "Warpath" is billed as the smallest Iceberg lettuce, producing compact 'one-meal' plants that can be squeezed into small veg patches and patio containers. I'm hoping it will do well for me because I have been looking for a suitable replacement for "Webbs Wonderful", which (although I love it) is too big to suit my small garden.

As the season progresses I will sow more lettuce seeds at frequent intervals, so that I can maintain a steady succession. I find that if I sow more seeds on or about the day I plant one batch of seedlings, the second batch will be ready for planting about the time the first batch is harvested. In the early Spring lettuce grows slowly, even in a coldframe, but once Summer comes it speeds up considerably.