April is the busiest month of the year in many UK gardens - mine included. This year we have had a spell of unusually dry weather spanning late March and early April, with lots of sunshine, which has meant few failures of germination. When the weather is cold wet and windy it sometimes needs two or three sowings to get enough seedlings started, but there have been no such problems this year.

With a bit of luck I'll be picking my first Radishes by next weekend: The Parsnips I sowed on 27th March germinated very quickly. I spotted the first ones on Thursday (13th April). 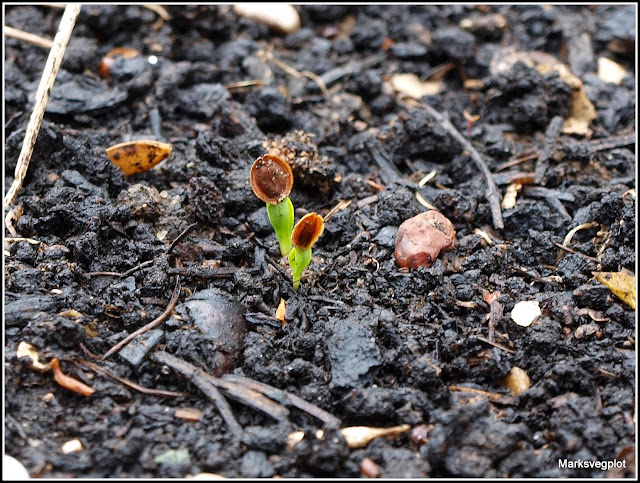 For some unknown reason a lot of them have come up "with their helmets on" as they say - in other words with the seed-casings still attached to the cotyledons. This is not normally a problem, and the rapidly-growing leaves soon shrug off the casings.

I'm not sure you will be able to make this out from the photo below, but I "station-sowed" my Parsnips this time. I sowed 2 seeds in each place (or station) where I want a Parsnip to grow, leaving about 4" between pairs of seeds. If they both germinate, one of the seedlings is subsequently removed. This technique means you use a lot less seed and do a lot less thinning than if you sow an unbroken row. 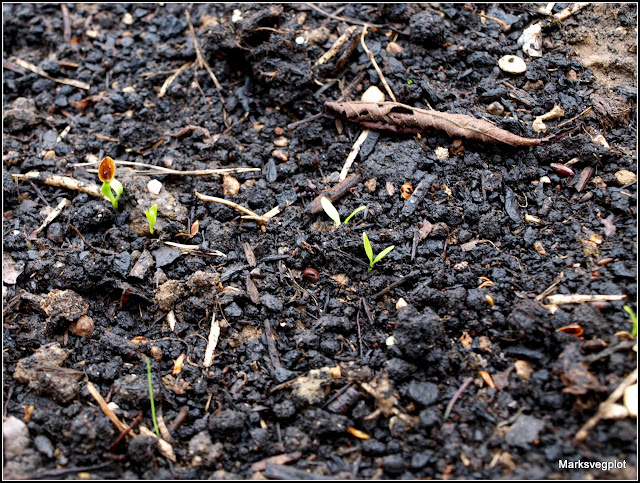 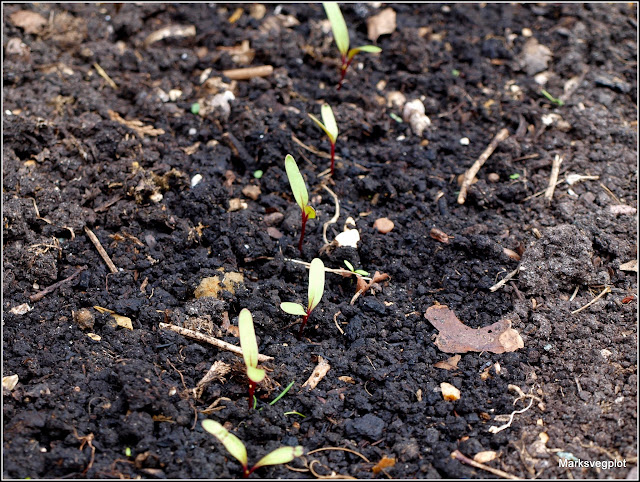 With reduced growing-space available this year I have cut down on the number of Beetroot I am growing. I sowed just two short (1.2m) rows, and after thinning this means I have a total of about 40 Beetroot plants. Still, when used as a salad ingredient alongside other things, a little bit goes a long way and it should be enough for us. I keep telling myself "This year I'm aiming more for quality than quantity"! 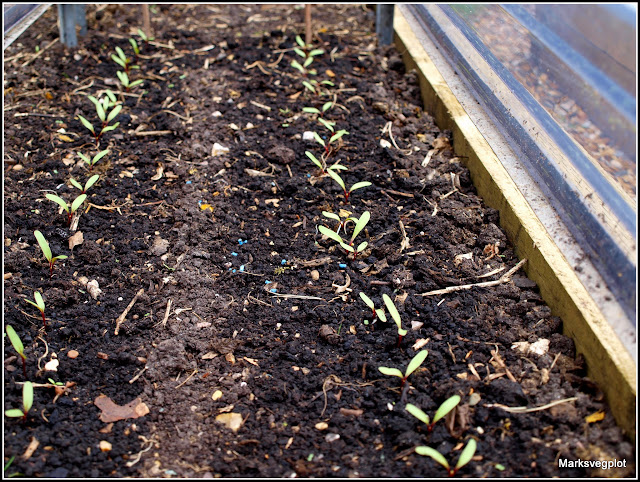 Yesterday I decided to plant my Leeks. I think they are really still a bit small for planting, but we are going to be away for a few days soon and I wanted to get them in and established before then. I also felt that they were looking a bit "peaky" (unenthusiastic and possibly undernourished), as they say, in their tiny flowerpot seed-bed, and I think planting out into real soil will do them good. Again, for the afore-mentioned reasons, I had space for only a few (15 to be precise), but they are in now.

My planting method was the traditional one - make a hole with a dibber, drop the Leek seedling into it, but don't backfill. A good watering to settle them in completes the procedure. The sticks you see in the photo are there to protect the seedlings from animals.


True to form, I kept all my spare Leek seedlings (about another 15 or so), just in case any fail to establish. I almost always sow more seeds and raise more plants than strictly necessary, because when space is very limited (as it is in my garden), you really do need to make sure it is fully utilised. If a plant dies or fails to establish it makes sense to have a spare with which to replace it. If I end up with too many plants it is usually easy enough to give them away.
Posted by Mark Willis at 12:30