The container-grown potatoes I planted last month are coming on very quickly now. 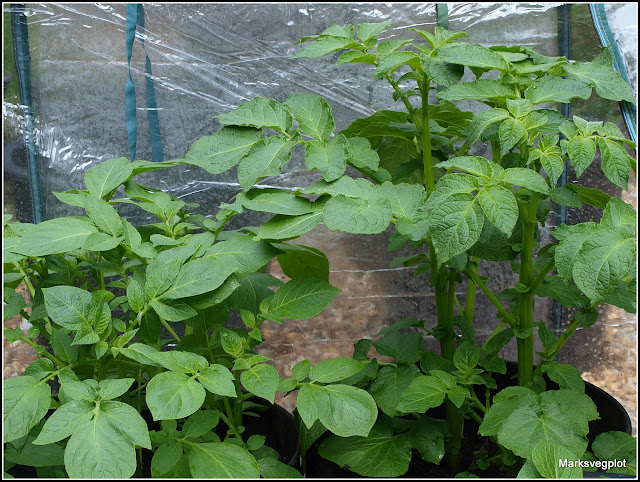 The little plastic greenhouses are certainly worth having. They create a warm humid atmosphere which the spuds really like. 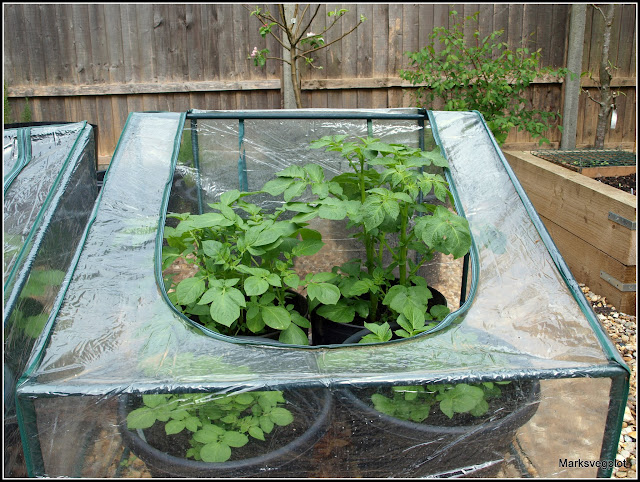 I am very conscious though that high humidity can also favour fungal infections, so I'm careful to open the flaps whenever it's warm enough to do so - which is most of the day now. I shut the flaps at night-time because it still gets pretty cold (approx. 5C most nights this past this week, but forecast to be 1 or 2C on Tuesday night coming). 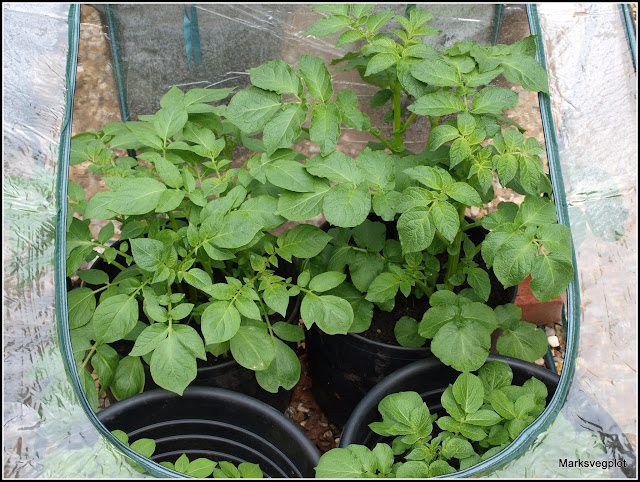 This year I am experimenting with only doing a small amount of earthing-up. My feeling is that the vast majority of tubers will be produced at or below the level of the original seed tuber, so adding more soil to the pots is not necessarily going to be worthwhile.

Meanwhile, across the garden...

Flowers are beginning to form on the first batch of Broad Beans. These are "Witkiem Manita", sown on February 7th. 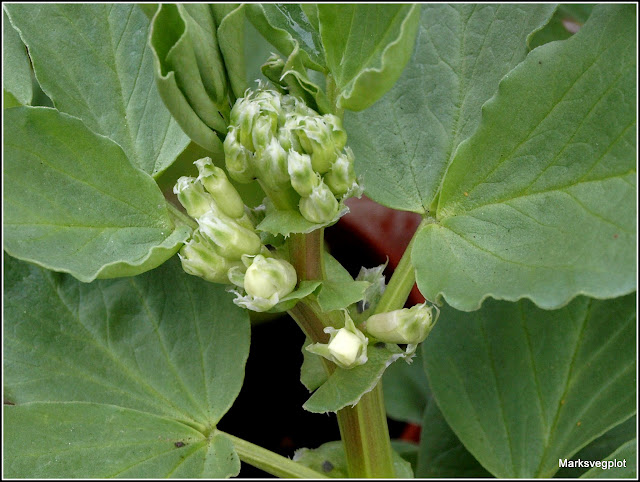 The Purple Sprouting Broccoli is almost at an end - although whenever I think it has finished, it goes and produces some more spears (albeit small ones now). 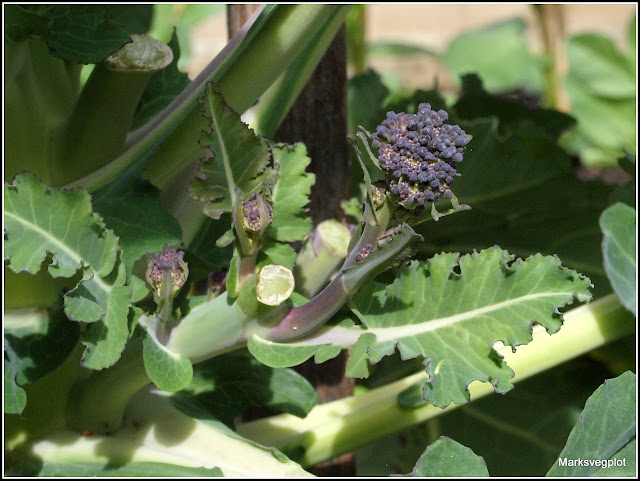 The last few spears produced by a PSB plant are generally pretty unappealing - rather thin and stringy - so it's best to leave them to flower if you can afford to:


My PSB is going to be succeeded by Runner Beans, but I haven't even sown those yet, so I have time to let the PSB flower. We have two short periods away from home coming up soon, so I am trying to co-ordinate the sowing of tender veg, like Courgettes, Cucumbers and beans around them, such that the seeds have "germinating-time" while we are away (and therefore require little attention, I hope!)

One other thing I want to show off today is my Crab Apple tree, which is right outside the front door: 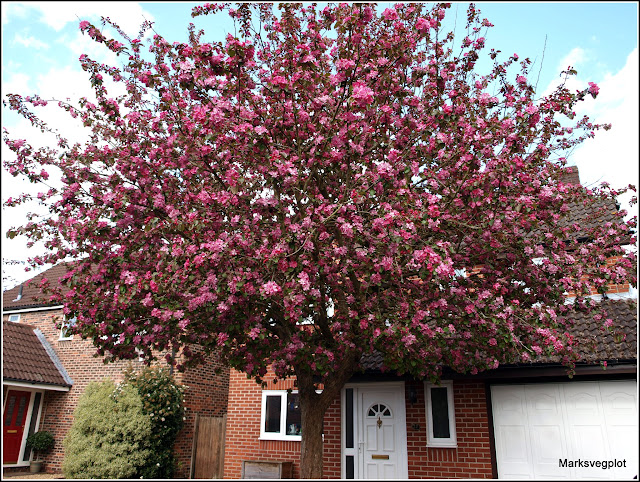 It looks beautiful at present, being completely covered with a mass of pink flowers. I just wish it could look like that all year round!
Posted by Mark Willis at 12:30