I have long been a fan of Joy Larkcom, who I consider to have been one of the most influential gardeners and garden writers of recent times. I have lots of her books, many of them acquired back in the 1980s, so it was a pleasure to be asked to review a copy of a new edition of "The Salad Garden", published by Frances Lincoln Ltd (part of the Quarto Publishing Group). 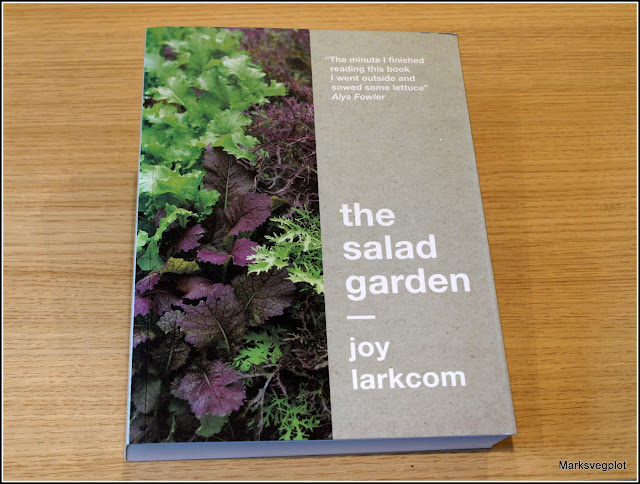 I have a copy of the original version of this book, published in 1984, and it has been interesting to see how it differs from the 2017 one.


Some of the differences are obvious: the 1984 edition is a hardback; the 2017 one is a softback, but there are many more that are less apparent. The publishers have updated this book, but have kept its basic structure and content. One of the aspects I like best is the multiplicity of clear and straightforward black-and-white drawings, which really help with understanding the concepts Joy explains. I feel that often a simplified drawing is a better way of explaining something than a photograph. Since the general concepts of the subject have not changed a huge amount, many of the drawings are the same as they were in 1984, but others have been changed or added to bring the book up to date - for example the coverage of polytunnels (a rarity in 1984 but commonplace today) has been considerably expanded. 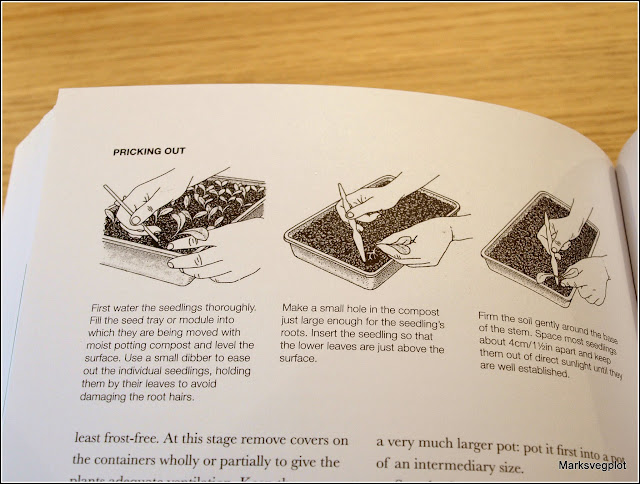 About half of the book is devoted to a coverage of plants that can be considered as constituents of a salad, with notes about their cultivation, a list of recommended cultivars and usually a photograph. As the author explains, the definition of "a salad plant" is open to a lot of interpretation and most things can be included if you so desire! Joy Larkcom was one of the first people to see the potential of what she called "Saladini" - collections of many different types of leafy plant grown specifically for cutting at an immature stage. Her views on this were strongly influenced by her travels within Europe accompanied by her family. They explored vegetables and herbs unknown in the UK at that time, and studied how they were cultivated, harvested and eaten in different countries. Later, she began cultivating them herself in the UK, and started writing about them. These days we all take for granted the vast array of salad ingredients available in every supermarket, but Joy's writing can take a lot of the credit for the rise in popularity of such fare.

One of the more obviously updated aspects of the book is that the lists of recommended cultivars have changed. The cultivars recommended in the 1980s are mostly still there in the lists, but other more modern ones have been added. The author throws in many comments about which ones are good for what reason - some are favoured because of their hardiness, some for flavour, some for ease of cultivation etc.

Whilst the early part of the book may be of considerable use for the beginner, helping to identify vegetables and understand their merits and problems, my feeling is that the latter part of the book is better. The section entitled "Garden Practicalities" is particularly good, containing a wide array of useful hints and tips about how to set up and maintain a salad garden and look after your crops. There is coverage here of pretty much every aspect of the subject - sowing, planting, weeding, watering, protecting, soil-preparation, crop-rotation, harvesting, pest and diseases etc. This is a comprehensive manual of What to sow, Where to sow, How to Sow and everything else besides. There is even a short but informative section on seeds for sprouting and microgreens; perhaps best of all is the Year-Round Saladini Chart on page 272. 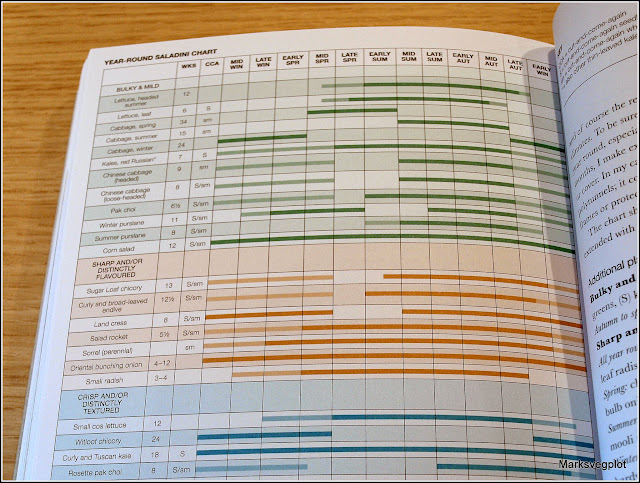 Right at the end of the book there is a brief chapter on "Salad-making" with notes on preparation and recipes for things like salad dressings. To my mind this section is a bit of a disappointment, an anti-climax. I would have liked to see more made of this aspect - and especially some illustrations. They say that you "eat with your eyes before you eat with your mouth" and I feel that a few photos of spectacular salads would make a big difference here(and I know that many of Joy's other books, and the 1984 edition of this one, include them!). I think if it were my choice, I would start the book with this section, showing people how delicious and appealing a salad can look before showing them how to grow their own one!


At £16.99 for a paperback edition, this book might at first sight appear to compare unfavourably with the many more lavishly illustrated hardback publications authored by numerous celebrity gardeners these days, but closer inspection reveals that for your money you are getting a very comprehensive guide to a subject that the author knows like the back of her hand. She writes from a position of authority, because it is apparent that she has actually done the things she writes about (I think many authors haven't). There is a lot of content in this book, and you come away feeling that you are "in good hands", as it were. To be honest, there is little new to me in this book, but then I've been gardening for over 30 years. If I were a novice though, I would consider it a rich source of practical advice and I would definitely want it on my bookshelf!


Disclosure: I was provided with a copy of this book, FOC, for review purposes.
Posted by Mark Willis at 10:00