A drought in April??

The past few weeks have been very dry here, with lots of sunshine too, and some of my plants are beginning to suffer. 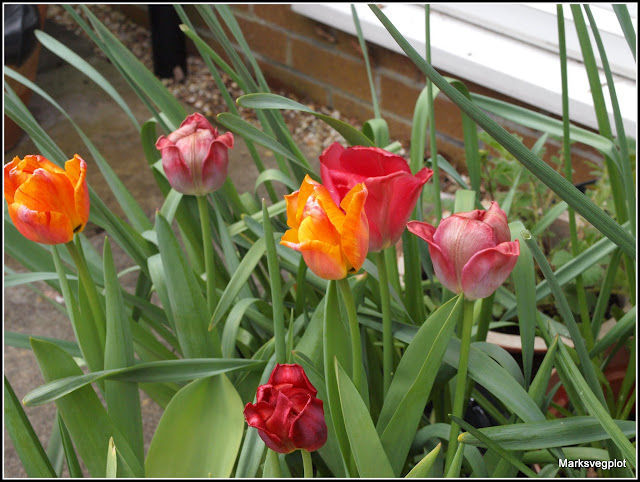 My Tulips are all in pots, and they have become very parched. The petals of some of the flowers have curled up, like this: 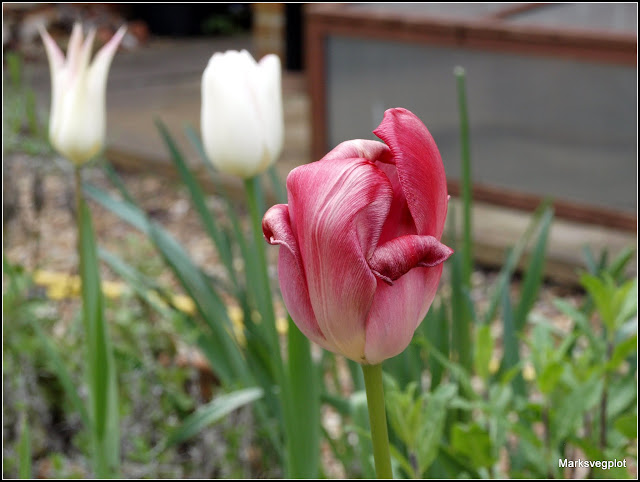 Now that I have noticed the problem, I have given the pots a good soaking of water, but it may be too late. Normally a Tulip flower lasts about 10 - 14 days, but I think some of mine are past their best just a week after opening.

These ones are nice though, so all is not lost: 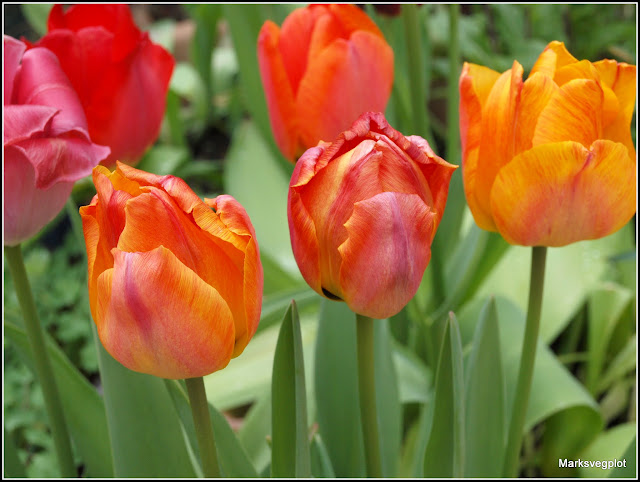 Our weather has been coming in from the West and North-West, and that means that here in the South and South-East we have had very little rain recently. My water-butt is nearly empty now, and I have had to water the garden with a hosepipe a couple of times already. I don't normally expect to do that until much later in the year.

With April being the prime time for sowing and planting in most UK gardens, it will be particularly important this year to water the soil before and after these tasks. When sowing seeds, make sure you sow them onto moist soil (pour water carefully along the base of the seed-drill before sowing), and after sowing cover the seeds with dry soil, which will help to reduce evaporation. I find that Carrot seeds in particular need a lot of TLC in their early stages. They often refuse to germinate if they don't get sufficient moisture, so it's a good idea to try and keep their soil consistently damp. Last year I tried covering some of them until germination with wet hessian (aka burlap), which worked well - though of course this may not be practical in large scale.

Another vegetable that needs special care in dry conditions is the Radish. 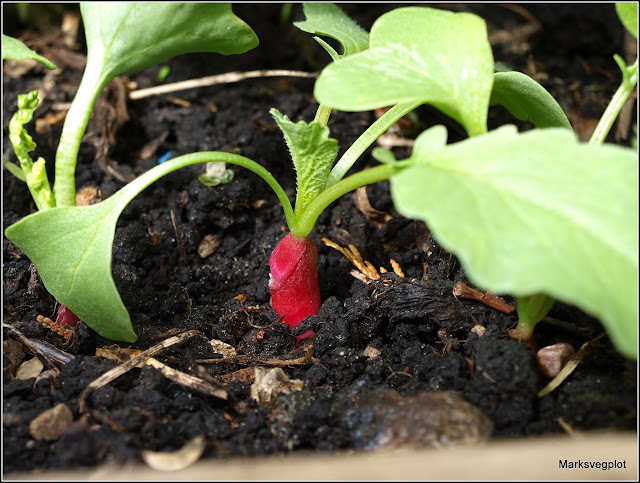 If its soil is too dry, the plant will bolt (run to seed) quickly, without forming a bulb, or if it does produce a bulb it will be tough and unpleasantly pungent. For this reason, I try to water my Radishes every day during dry spells. 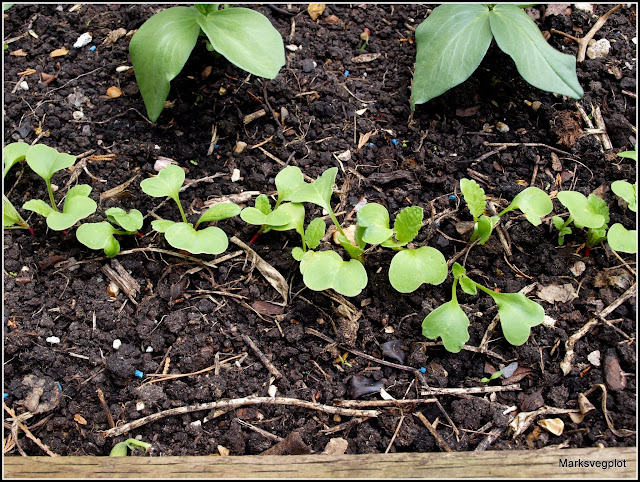 Many of you will know that I am growing Onions for the first time this year. 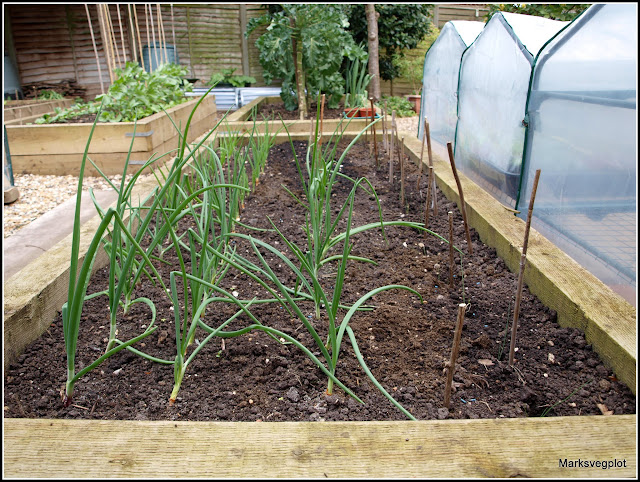 I note that most authorities agree that Onions are pretty tolerant of dry conditions. Many people say that once they are established it will seldom be necessary to water Onions. I'm not sure about this. That advice may possibly apply to what used to be considered "normal" conditions, which were probably much less dry. In fact, I feel that few seed-merchants appear to have adjusted their sowing- and growing-advice to take account of Climate Change. Do you agree?

Since we have had some warm days I have been gradually re-introducing some of my plants to the outdoor conditions. This Geranium, for instance, spent the Winter in the garage. It went very pale, but the main thing is it survived, and now in a sheltered spot it is quickly regaining its normal dark green colour. 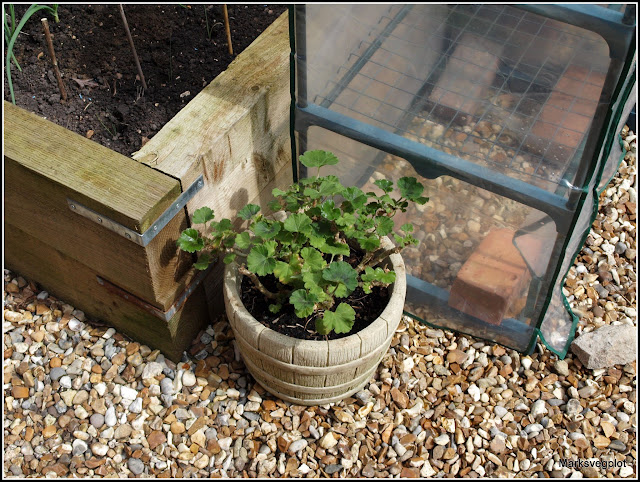 Until now it has been spending the nights in the big coldframe, and I think it had better go back inside for at least a couple of nights this week, because it would be a shame to lose it now!
Posted by Mark Willis at 12:30