February already! It will soon be Spring (and the sooner the better, if you ask me.)

My over-Wintering crops are diminishing rapidly, but I have still managed to get a few odds and ends, like this batch of Spring Onions Leeks. 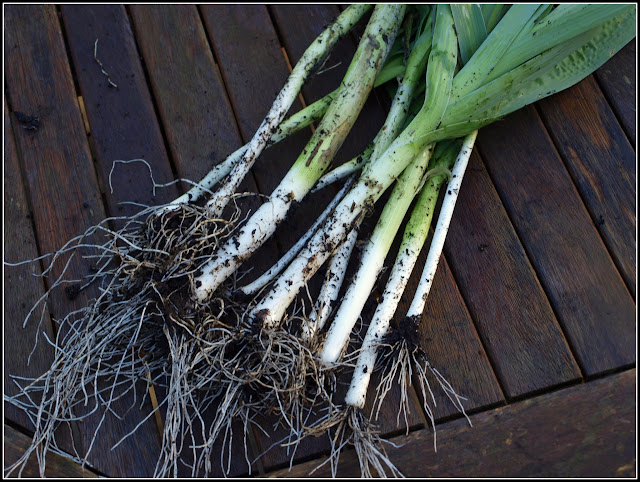 Just like all their predecessors, they are very slim. It's a good job I planted lots of them. We wouldn't normally expect to eat 10 Leeks in one sitting, but we did this time. They went into a Chicken, Mushroom and Leek risotto. 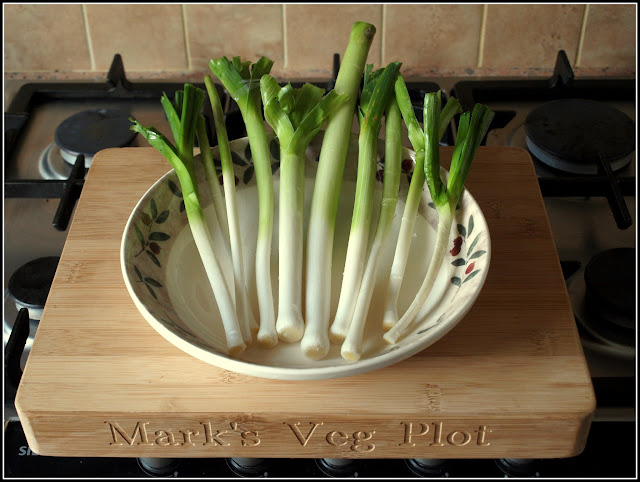 Perversely, some of the biggest Leeks have been the spares which I planted in containers after the best ones had been put into one of the raised beds. 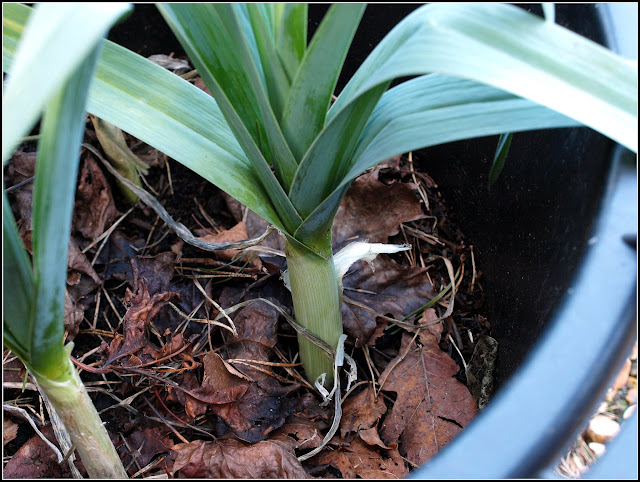 The PSB has been good, if early. Two of my three plants have already yielded their main crop, but they are not finished yet because they have lots of lovely side-shoots. Like these ones seen alongside some spears of Brokali:

The shoots of the Brokali look very similar to the PSB, except that they are green. 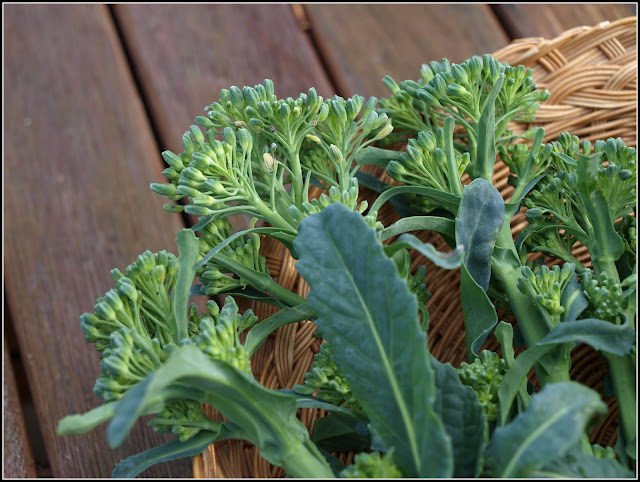 Unfortunately the Brokali cooks quicker than the thick parts of the PSB, so if we want to eat them at the same time the PSB has to go into the pan a couple of minutes before the Brokali. The blue-grey leaves of the Brokali look nice too - very reminiscent of Cavolo Nero (Lacinato Kale). 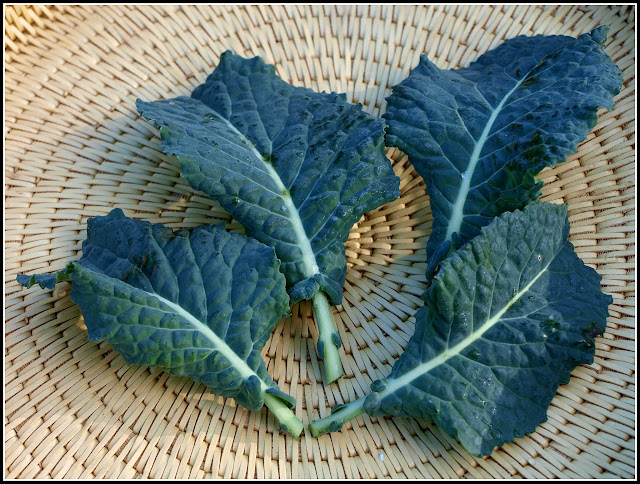 There is still a little bit of salad to be had occasionally, such as this Oakleaf lettuce. At this time of year the lettuces are always insubstantial, not like their "beefy" Summer siblings. 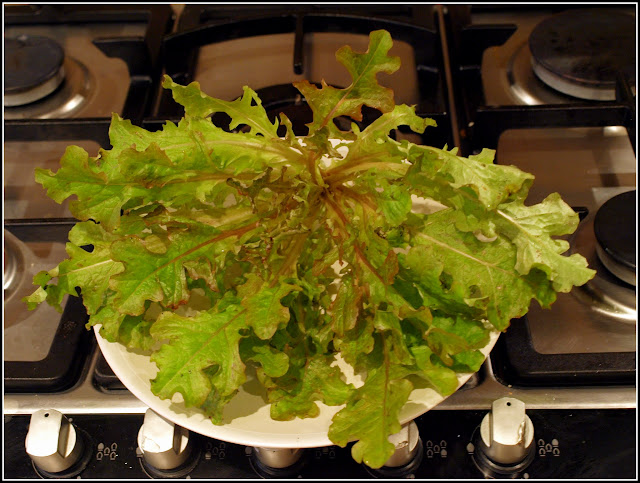 This is my contribution to Harvest Monday, which is being hosted again by Dave at Our Happy Acres, fresh back from his holiday in the sun!
Posted by Mark Willis at 12:00