The last of the Broad Beans

I've had a really good crop of Broad Beans this year, which is unusual  - they nearly always suffer from serious Blackfly infestation and Rust disease, and often produce a disappointing yield.

This year I have grown 20 Broad Bean plants, mostly of the variety "Witkiem Manita", with a couple of "De Monica". This is a number that fits comfortably into one of my raised beds, which measure 1 metre by 2.4 metres. 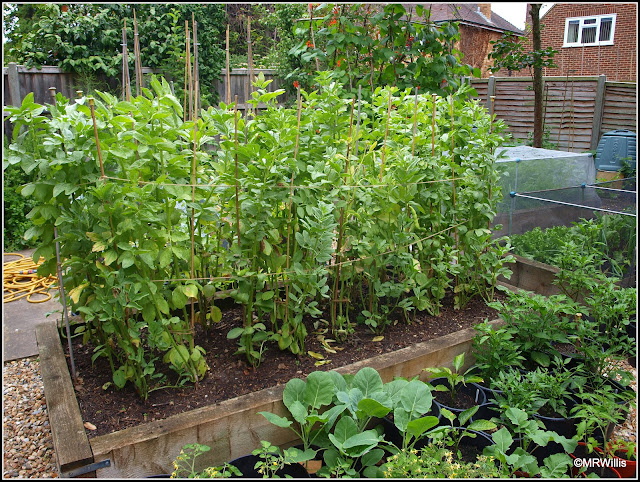 Last week I picked over 3kgs of pods: 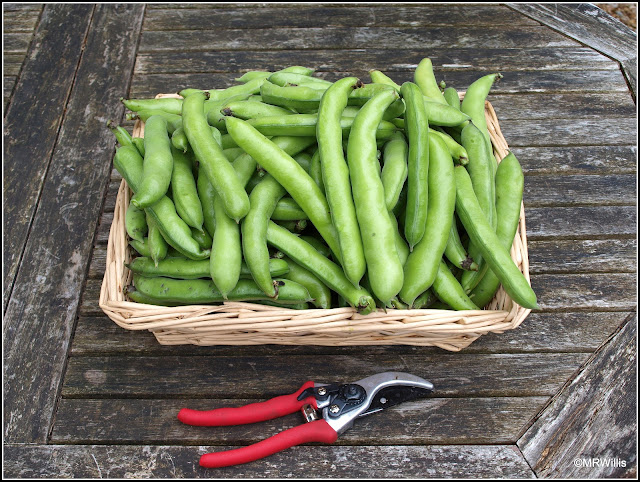 After this I thought there would only be a few pods left, because the plants were beginning to look very tired and some of them had started to shed their leaves. 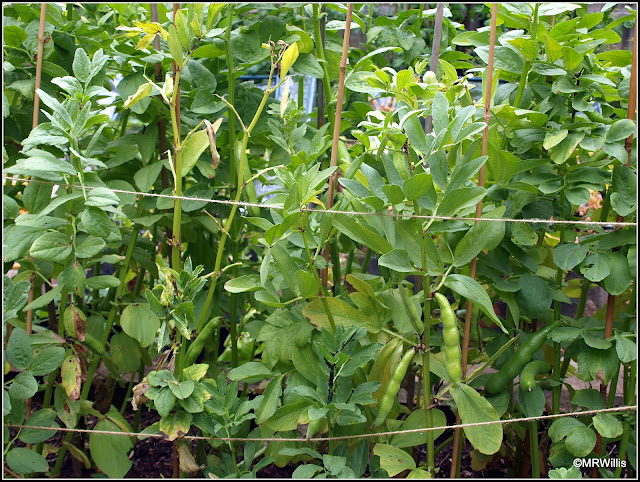 On Sunday I decided to pick all the remaining beans, and remove the plants. 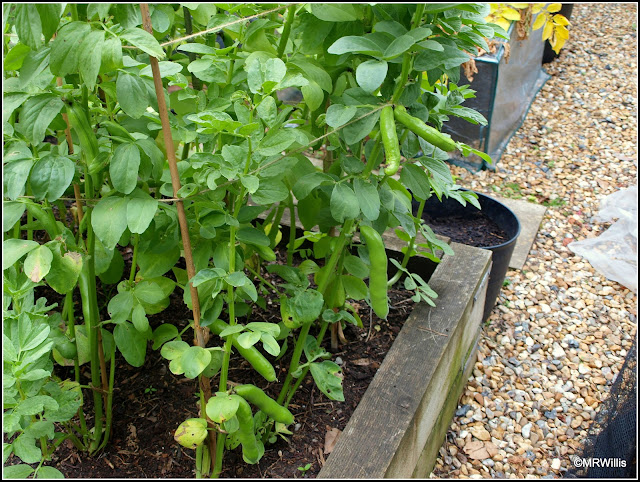 I was surprised how many pods I found - another 2.9kgs! 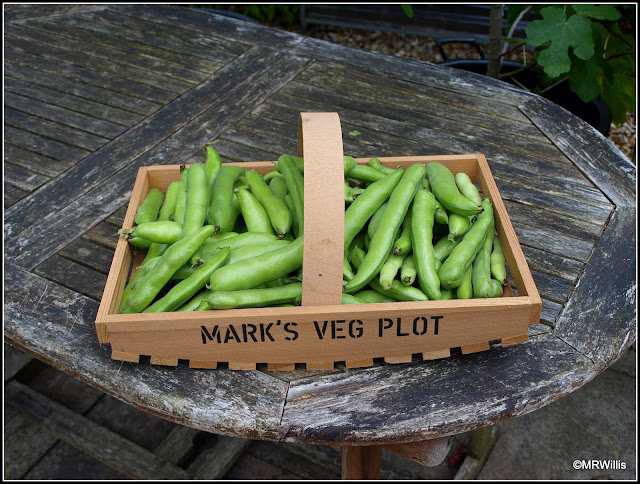 Most of the pods were in very good condition, clean and well-filled. 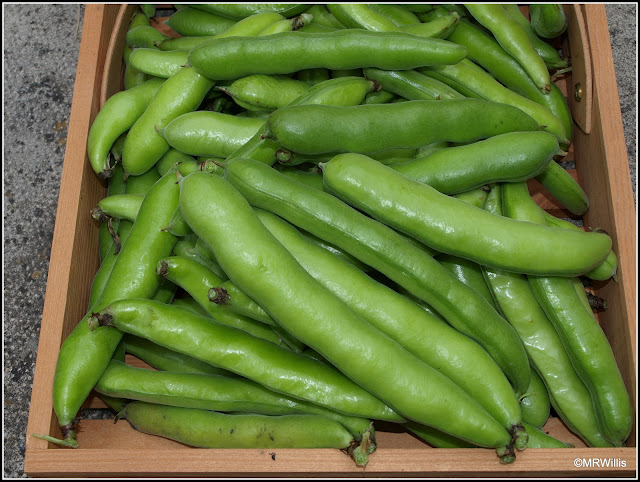 However, there were also some small wrinkly, contorted ones - those produced by the few plants that were badly affected by the weedkiller-contaminated compost problem. 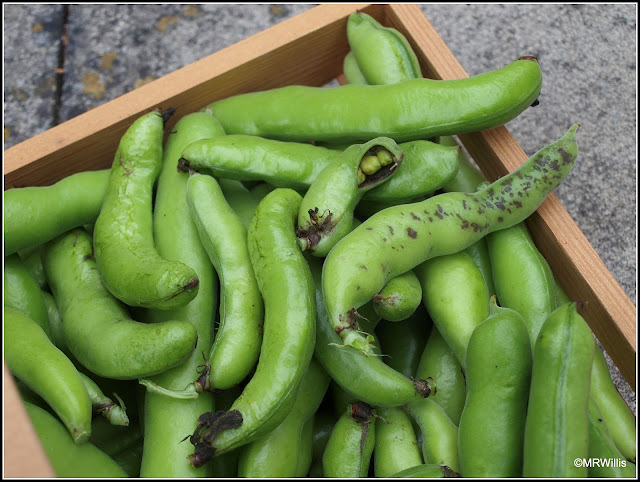 It was very evident which were the affected plants - their leaves were mottled, crinkly and pitted, like this: 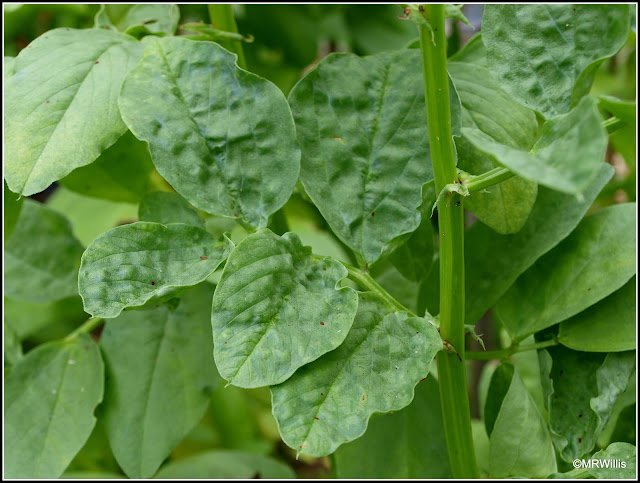 I cut the plants down to a few inches above soil level, removing the pods as I went. 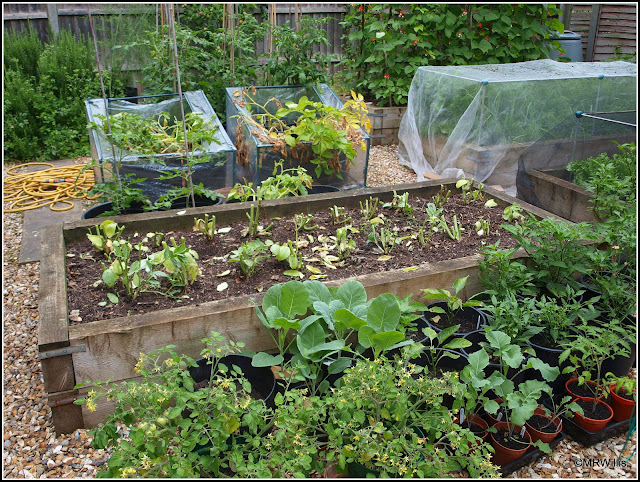 If I hadn't wanted the space immediately for another crop I would have left the bean plant stumps in place to gradually decay, because their roots have nitrogen-fixing nodules on them which can be beneficial for later crops. 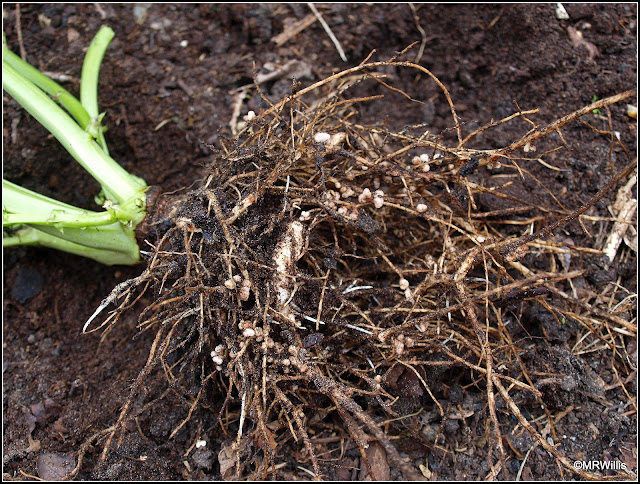 However, I have Brussels Sprouts and PSB waiting for a turn in that bed, so the bean plants had to come out! I know from experience that if you leave them in place they often re-sprout with another (weaker) set of stems and just get in the way.

I've dug a few handfuls of pelleted chicken manure into the soil of the now-vacant raised bed, and the brassicas will go into it soon. In a small garden like mine you can afford to leave any space vacant for long!
Posted by Mark Willis at 12:30