The chilli season has been one of Ups and Downs so far. Early in the season I thought my chilli plants looked the best I've ever had. They were strong, clean and (unusually) completely free of aphids.


But then the weedkiller-contaminated compost kicked in. Almost all my plants were affected to some degree. Many of them lost most of their leaves, and a few died.


At this point I was despondent. I was just about resigned to having my first chilli "washout" ever. The cold dry weather during Spring didn't help. The chillis just hunkered down and did almost nothing at all.

Towards the end of June things changed. The weather got a lot warmer and sunnier, and we even had some rain. The chillis began to cheer up. I encouraged them with weekly feeds of tomato feed, and then when it became available, a couple of doses of homemade Comfrey tea. By early July I was beginning to feel more hopeful.


It was also in the first week of July that I noticed the first chilli fruits forming. This is a "Paper Lantern": 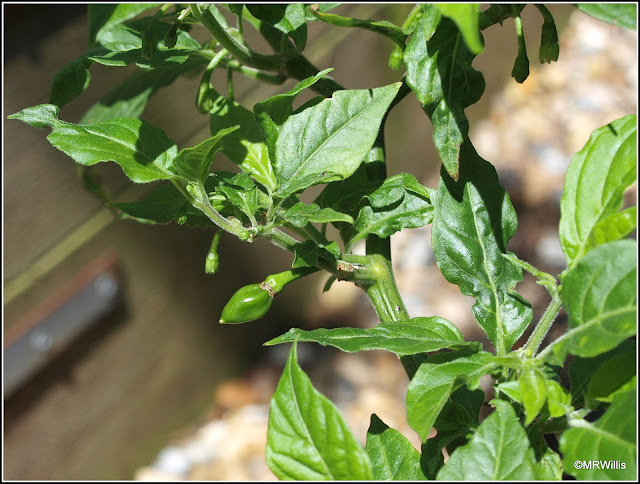 I find that the Capsicum annuum varieties of chilli are usually the quickest ones to set and ripen fruit, so it was no surprise that the first fresh chilli we ate in 2019 was from one of the "Cayenne Long Slim" plants.


Now, after a sustained spell of really Summery weather, the chilli plants are all looking a lot happier. Even those that were near death appear to be making a comeback. This "Hungarian Hot Wax" is one of them. 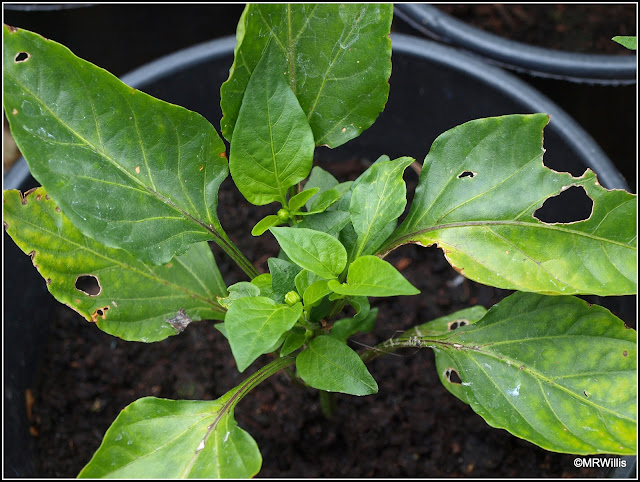 This is the "Pink Tiger" plant, seen at the start of this post, with really wrinkled leaves. It now looks a picture of health!


If you look closely though, the ill effects of the weedkiller contamination are still there to see. This plant exhibits a very strange growth pattern, with multiple flowers coming out of one leaf-junction, and a stem that veers off downwards instead of growing vertically upwards. 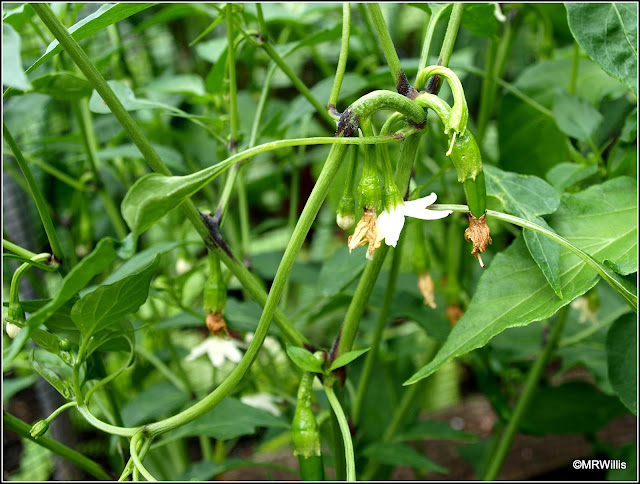 I've also seen some fasciation in two of my plants. I can't say whether this was caused by the weedkiller problem, or if it is just the result of weather fluctuations. All I can say is that I've never seen it in chillis before and I've been growing them for about 30 years. 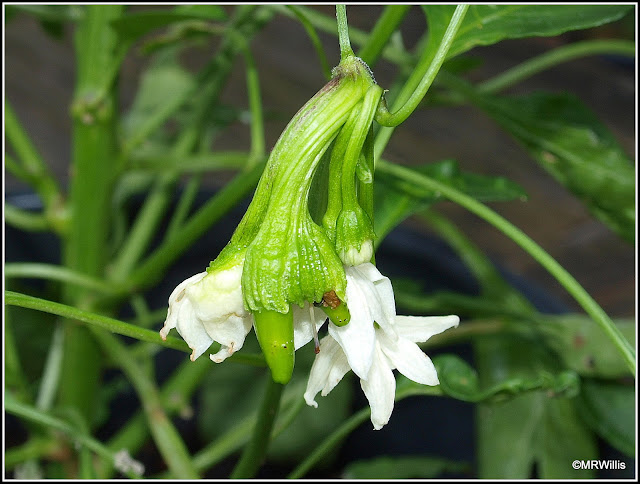 The forecast is for a return of really hot weather in the middle of this coming week, which will be ideal for my chillis at this stage in their lives, so maybe I'll get a decent harvest after all. My various Cayenne types (red, golden, chocolate) will be the first ones to deliver ripe fruit I think. 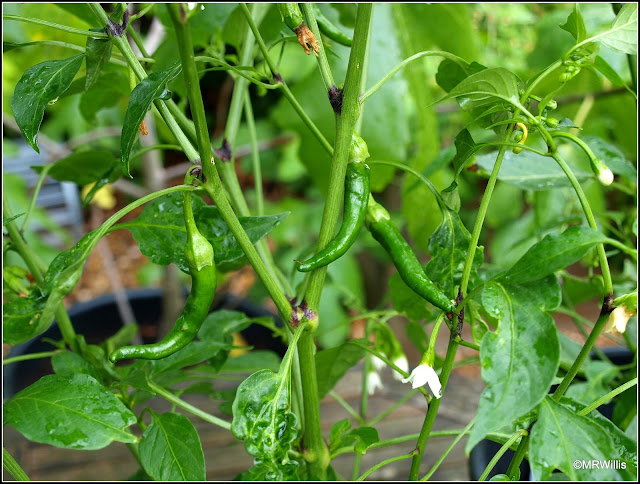 The Capsicum baccatum types - Aji Limon and Aji Benito - are much further behind, but at least they have loads of flowers, which are beautiful in their own right. These are top and bottom views of an "Aji Benito" flower: 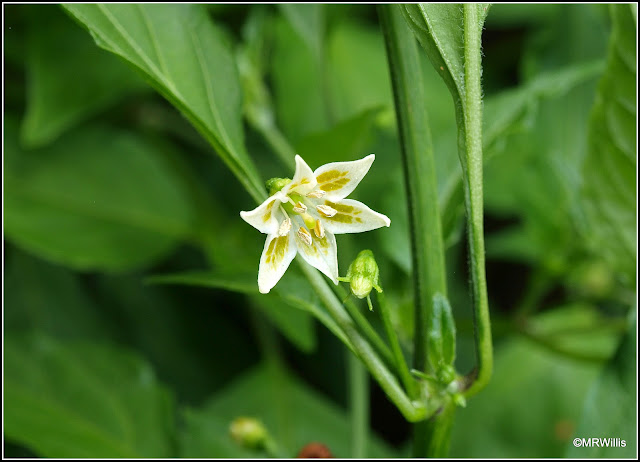 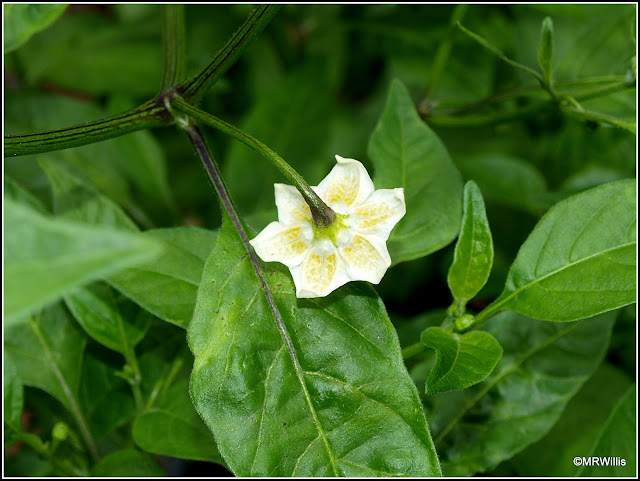 So, overall the verdict seems to be: Not a great year for chillis, but it could be worse.
Posted by Mark Willis at 12:30