It certainly feels like Summer now. We've had several days of hot sunny weather, and my plants are loving it (as long as I play my part with the watering). I even have a couple of fruits on some of my chilli plants! (For comparison, last year my first chillis appeared on 10th June).

My chillis got off to a bad start, suffering a lot from weedkiller-contaminated compost, but many of them are looking more hopeful now. 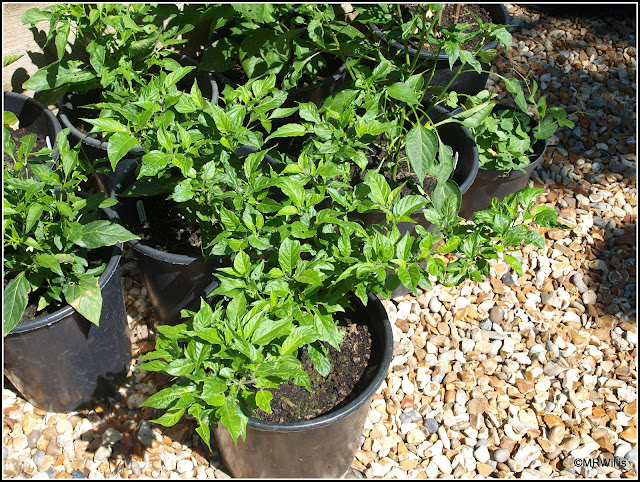 Most of my tomato plants have now set fruit too, and those that haven't are covered in flowers. As usual, the smaller-fruited varieties will be first to ripen, like these "Maskotka": 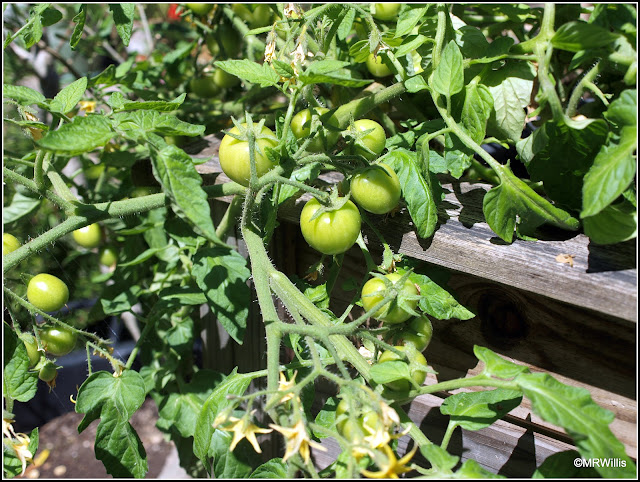 A couple of weeks ago I thought my cucumber plants were doomed. They hated the cold windy weather in the latter part of June. The two "Marketmore" plants withered and died, but the "Delikate B" ones hung on. I replaced the "Marketmores" with one spare "Delikate B" and one "Vorgebirgstrauben", so all my spares have been used now. 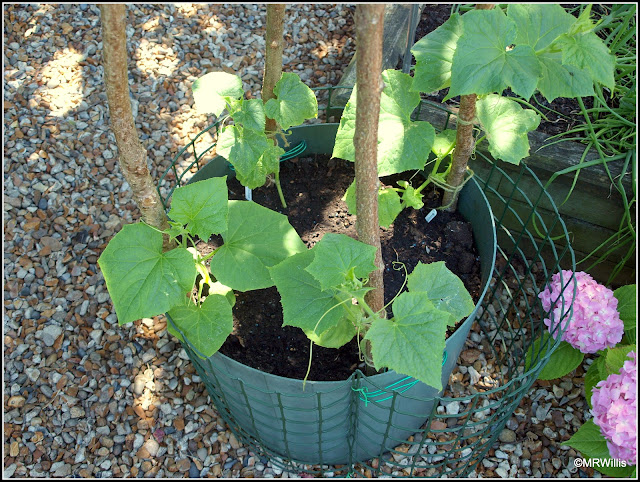 Also on the cucurbit front, the two "Crown Prince" squashes are romping away now, threatening to take over the whole garden. 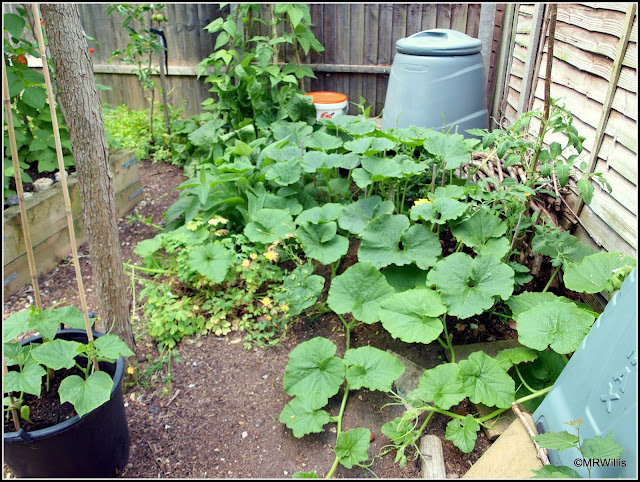 The climbing beans - French and Runner - look OK too. Lots of flowers have opened but only one or two pods have set so far. I'm used to this though. Almost always I get poor setting to begin with, followed by better results when the plants are more mature. 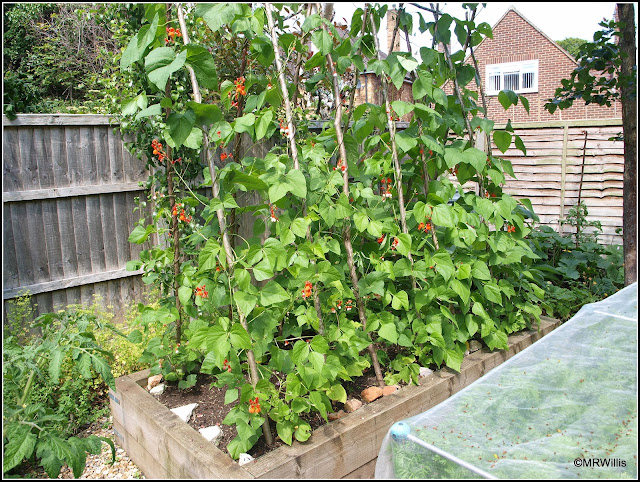 One of the "Cobra" climbing French bean plants has died (none of them were ever very strong after suffering from the weedkiller problem), so I have pushed a couple of seeds into the soil where it was, in the hope that I'll have a few pods from them when all the others have finished.

The Shallots seem all right too, although still small. 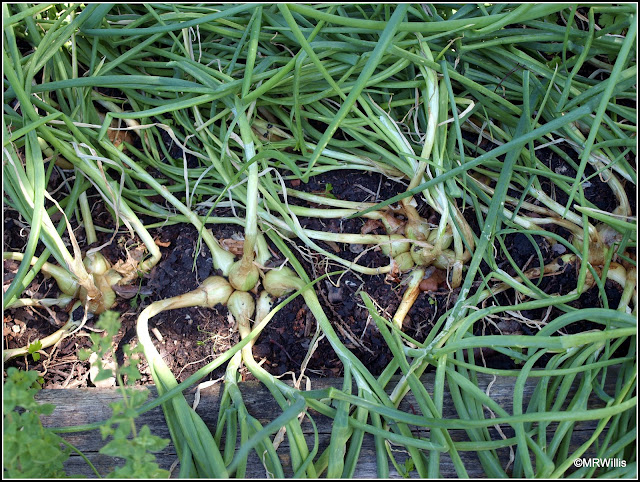 Actually, small shallots are good, because it makes them easier to fit in the jar when they get pickled! 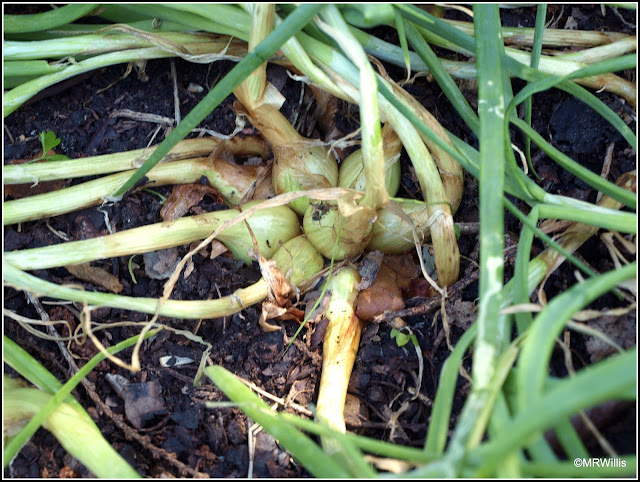 The raised bed in which I'm growing the shallots and most of my onions is rather too shady, and since it is overshadowed by a big Maple tree is gets little rainfall either, so I have to be especially careful with watering it. The onions I planted in clumps are still tiny - only just beginning to swell. Still, if we get decent weather in July and August there is plenty of time yet for them to bulk-up. 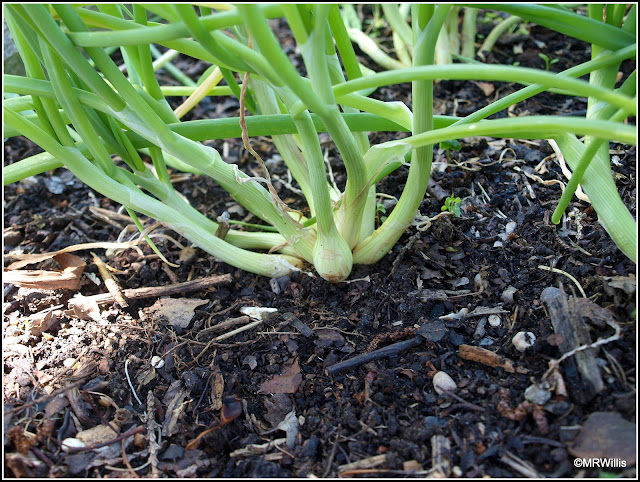 There are still more Broad Beans to be picked, even after I harvested 3kgs of them last weekend. I'm leaving them to put on some more weight, but I expect to be harvesting the remainder within the next few days. Annoyingly, both rows have matured at the same time, even though they were planted about 3 weeks apart. 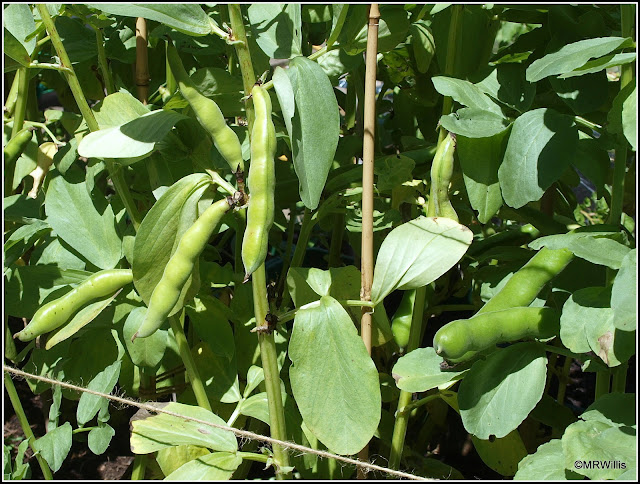 Once the Broad Beans have been harvested, the plants will be removed and immediately replaced by winter brassicas, which are waiting in the wings for their opportunity.


I plan to plant four Brussels Sprouts ("Evesham Special) and two Purple Sprouting Broccoli ("Red Arrow"). As I explained a while ago, I'm going to grow less PSB from now on, because my wife Jane is not really very keen on it, whereas we both love Brussels Sprouts.

Even my apple trees look as if they are going to perform better this year. The most promising is this one, which is "Winter Banana": 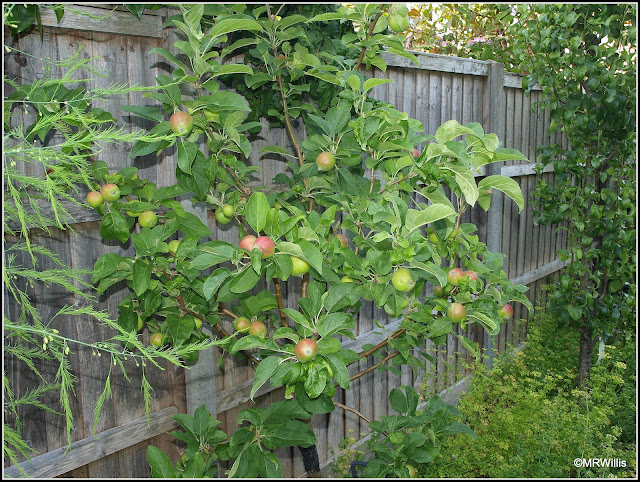 The most fruit it has borne in one year so far is 7 (I've only had it 3 years), but even after losing a lot of fruitlets during the June Drop it still has quite a lot left. I have taken off some fruit where I felt they were too crowded, but I think I may have to remove some more, because they do develop into very large apples.

Overall then, the garden seems to be doing OK so far. As long as we get more of the current warmth and sunshine - with some occasional rain too please - I ought to get some pretty good harvests.
Posted by Mark Willis at 12:30