As most readers will be aware, I love "Harvest basket" style photos, so this week, with several harvests available I took the opportunity to take some... 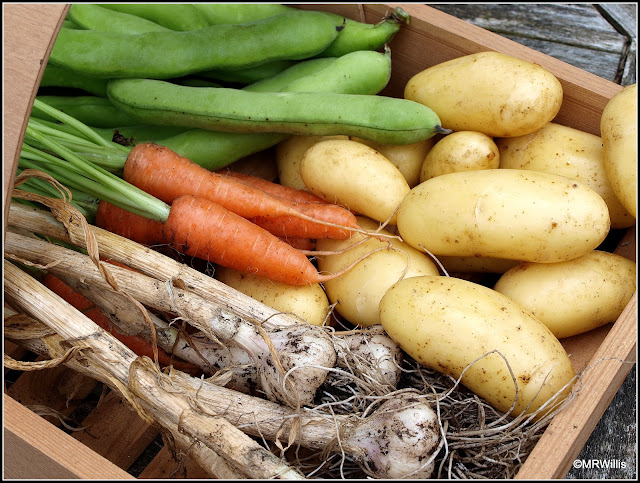 It's very satisfying to put together a collection of several different vegetables - much more so than just one, I think. I had just harvested the remainder of my garlic, which on its own might not be particularly photogenic, but it definitely had to be in the photo.


The bulbs that had had the extra 10 days were a bit bigger than the first ones (seen here at the Right), but they were admittedly still on the small size. 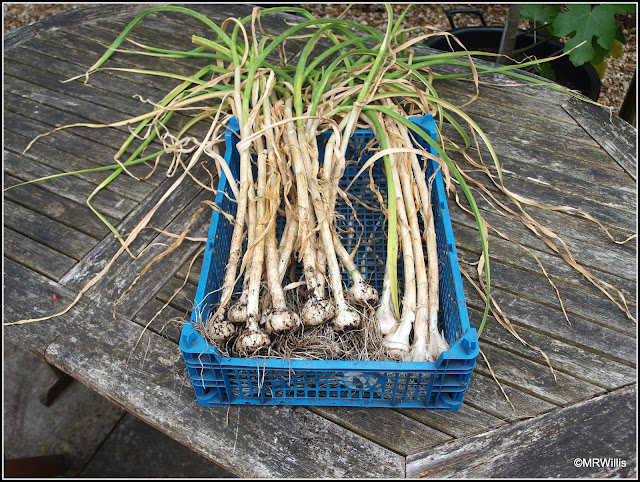 This past week I have also harvested more potatoes. These are First Early "Annabelle". 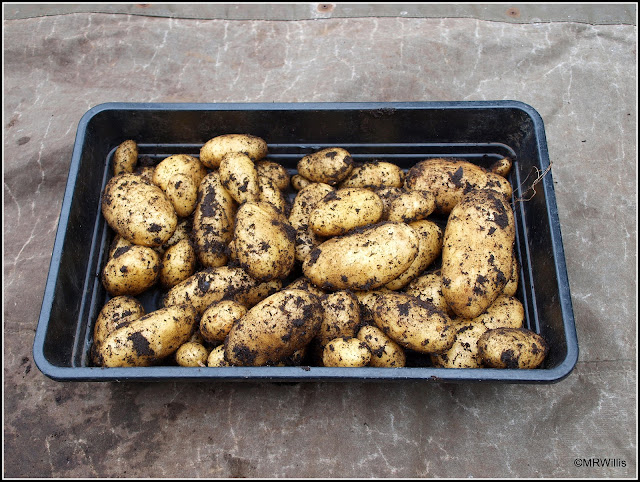 The yield this time as 2.148kgs, from 4 seed-tubers in 2 x 35-litre tubs.  A modest return, I'd say, but they are lovely potatoes. Some of them got scrubbed-up to have their picture taken. 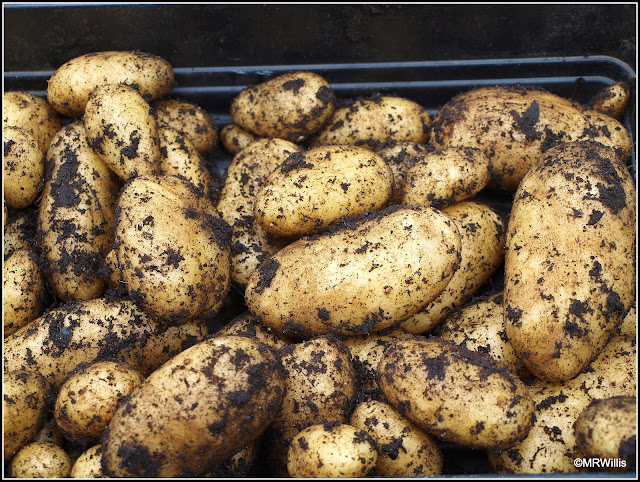 This was my first little harvest of carrots. They are from a mixture called "Harlequin". 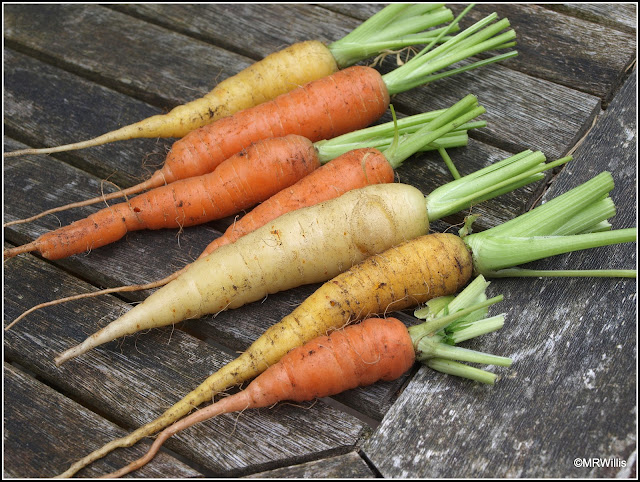 The mixture also contains some purple ones, but the only ones I could find were very much smaller than the orange, yellow and white ones, and not big enough to justify picking. 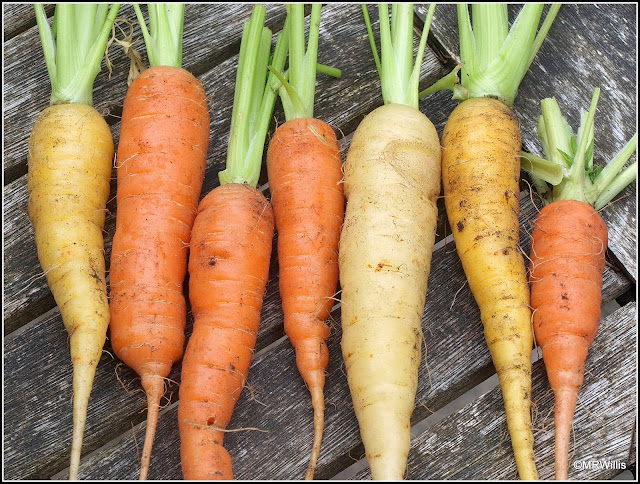 The mixed carrots were eaten shortly after being picked, but I wanted to include some carrots in my Harvest basket, so I pulled up a few of the "Chantenay Red-cored" ones, which on the outside are all orange. I presume the insides will be red! With 6kgs to go at, we still have quite a few Broad Beans left, so I dragged some out of the fridge just for the photo-shoot! 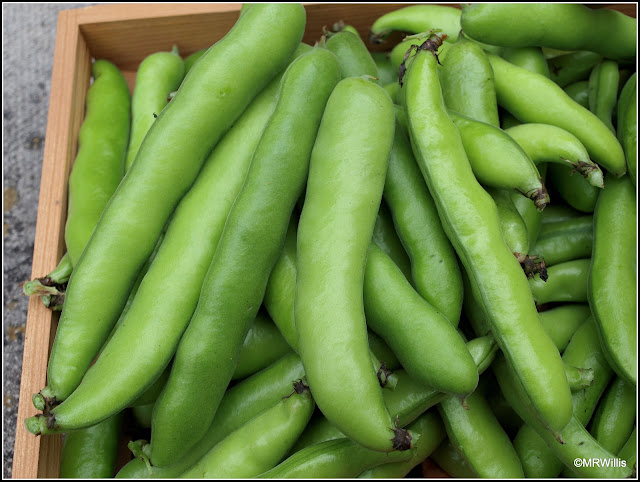 Putting them all together, I got this: 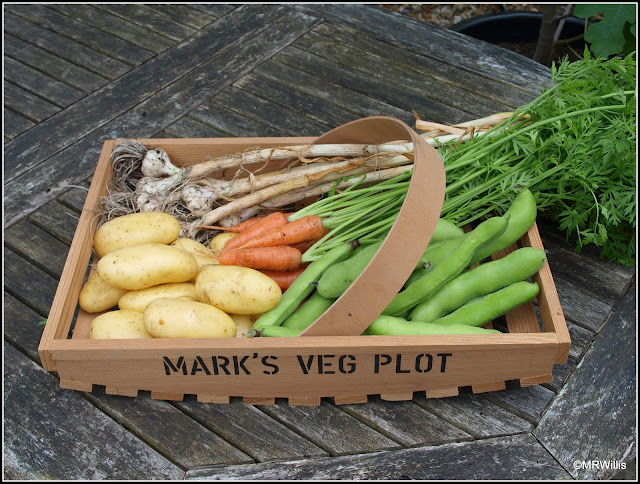 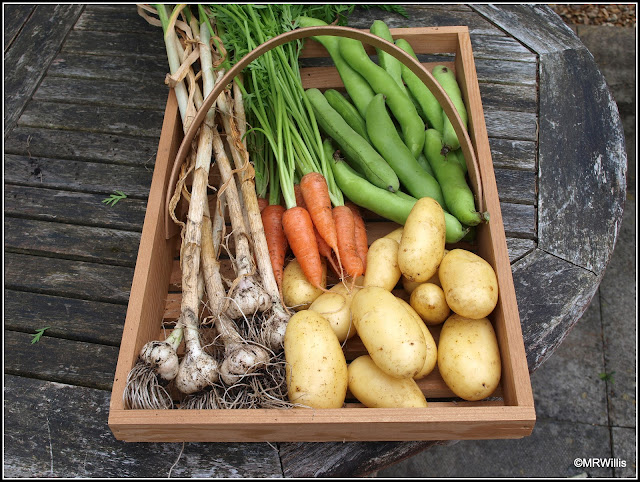 These photographs epitomise what my garden produces - never a huge amount, but usually good quality!
Posted by Mark Willis at 12:30