Starting off some Cucurbits

I normally reckon that squashes don't grow well in my garden, because it is too shady, but since my neighbour's huge conifer tree was cut down a few months ago, things have changed for the better and I have decided to have another try. Of course, space is at a premium too, and I can't afford to waste any on something that might not do well, so on this occasion I'm only planting one squash, and it has to go in a position I would describe as "sub-optimal"! 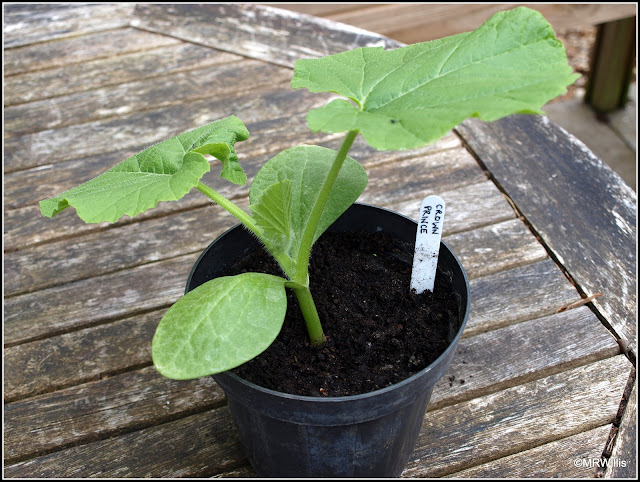 And here's the location: 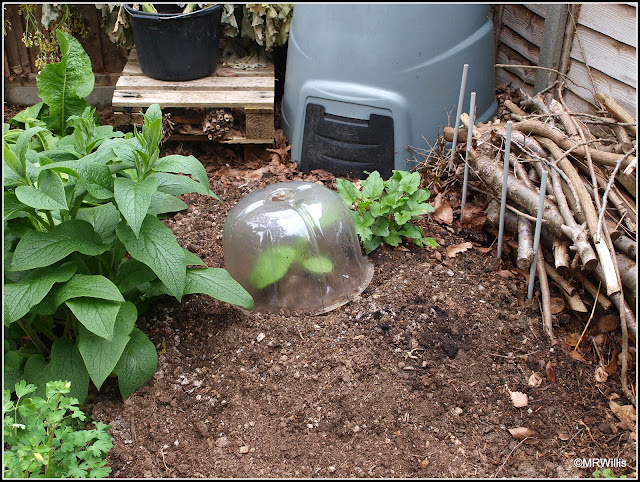 A "Good King Henry" plant and a log-pile (for insects) to the right; compost-bin in the background; Comfrey plants to the left. Before very long the Comfrey will be cut down to make plant-food, which will allow the squash to get more light. As you can see, I have covered the plant with a plastic bell-cloche, which is more to protect it from animals than from weather. I'm thinking particularly about one of the local cats, who likes to cross the fence by climbing up onto that compost-bin, and jumping down from it when he returns.

In my usual fashion I have another spare "Crown Prince" plant waiting in the wings, just in case of disasters. Here it is, along with a couple of cucumbers:- 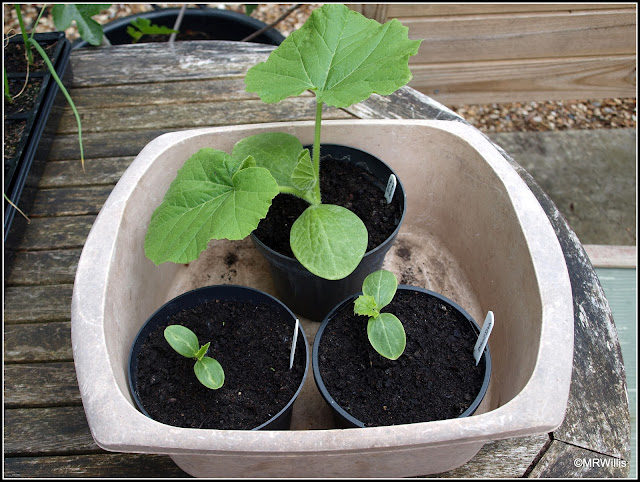 Unlike the squashes, I have had a lot of success with growing cucumbers. I have four cucumber plants this year, two each of "Marketmore" and "Delikate B".  This is one of the "Marketmores" - just producing its first true leaf. 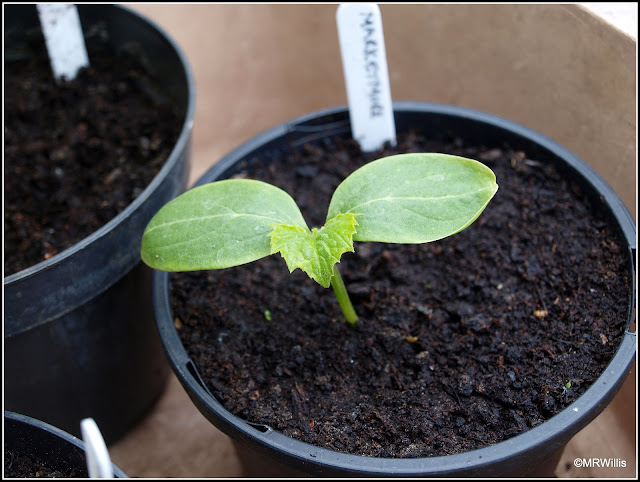 The cucumber plants are nowhere near ready for planting-out, but their eventual home is waiting for them to move in whenever they are ready: 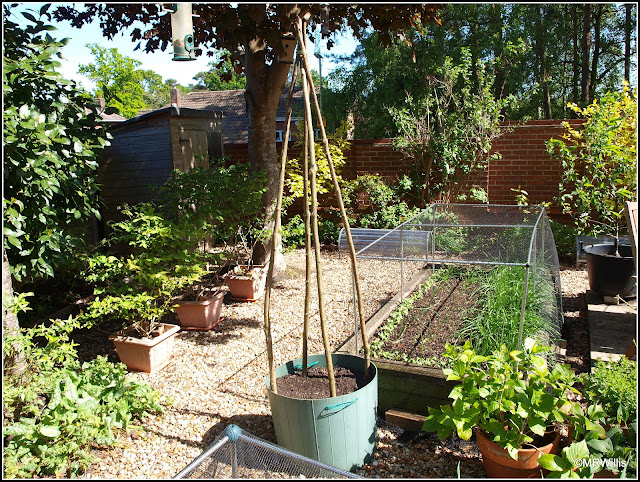 Incidentally, the germination rate of my cucumbers was only 50% this time, but I'm sure this is because I was using old seed. The squashes were 2/2, but they were fresh seeds. They were from Growseed, whose seeds have performed consistently well for me.

In other news... Yesterday I harvested my first Radishes of 2019. 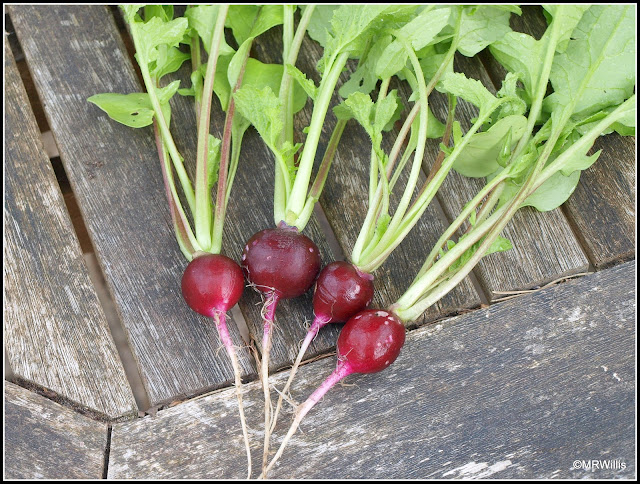 Yes, it was only four of them, but you have to start somewhere! They are "Malaga Violet", again from Growseed. I love the colour! It makes a refreshing change from plain red. 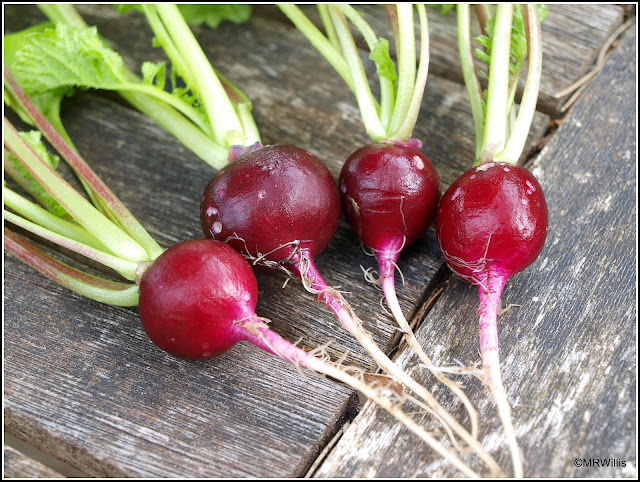