I mentioned the other day the poor response I had experienced concerning a sub-standard pack of tomato seeds. This has caused me to think again about where I (and you) should be buying seeds. I have often thought that the Big Name seed-merchants charge far too much for seeds, even the really common ones, and they frequently don't give you many seeds in their packets either. As for their Customer Service - well, it isn't always great...

This week we did some shopping in a Lidl supermarket near us, which has recently undergone a refit and expansion. We don't often shop in Lidl, but I have to say I was impressed - particularly by the value for money of some of their offerings. Of course I had a good look at their vegetable seeds! 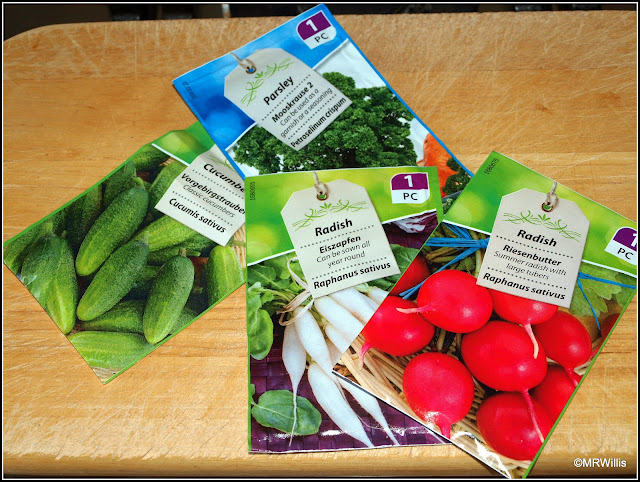 The seed packs are grouped into several different Price Codes, and those in the lowest bracket - PC1 - are priced at a mere 29p. This seems to me like excellent value. The number of seeds in a packet also seems pretty good. For instance, the pack of "Vorgebirgstrauben" cucumbers includes approximately 60 seeds, whereas a pack of something similar from one of the Big Names would probably have about 8. I'll see how the seeds perform before I commit myself, but I can see myself shopping for seeds at Lidl again.

When it comes to buying seeds, not all suppliers are equal.

You have probably seen me mention a few times having had seeds from Growseed. This is another company which offers excellent value for money. For instance, their fairly unusual "Malaga Violet" radishes are 99p a pack, and that's for approximately 500 seeds.


A pack of the bog-standard "French Breakfast" ones produced by Johnson's Seeds and sold at the usually keenly-priced Wilko's come in at £1.50 - that's to say half as much again! 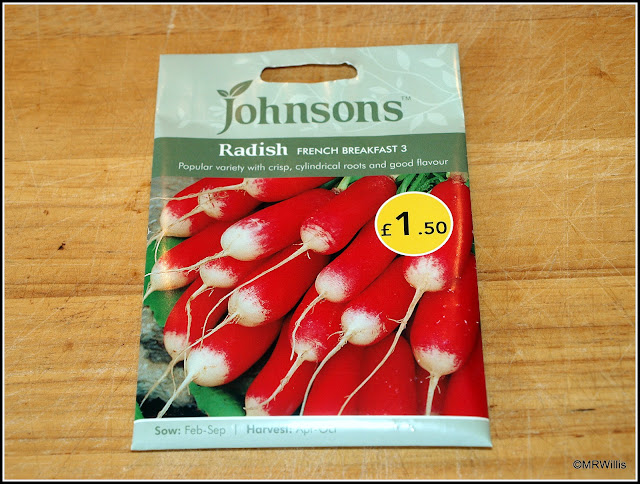 If it's a large number of seeds you want, then the place to buy is Seeds of Italy, who sell the Franchi brand of seeds. Most of their packs include hundreds if not thousands of seeds. For example their "Flamboyant 3" radish offering (very similar to "French Breakfast") includes a nominal 2250 seeds, and still costs only £2.45. I think this is great value. I can also say for personal experience that whilst you might think no-one would ever want that many radish seeds, they do last for ages (at least 3 years, probably more), so one pack can last you for several seasons.

Some other good value seed-suppliers that I know of are:-
Seed Parade - packs start at 59p
Simply Seed - some packs at 89p
Real Seeds - they sell some of the more unusual stuff
Moreveg - check the quantities: "French Breakfast" radishes are 60p, but you only get 100 seeds

If you are into growing unusual beans, this is one for you: Beans and Herbs. I got these wonderful "Tunny" beans from there.


One other seed-supplier I want to mention is Iden Croft Herbs. Unsurprisingly, they specialise in selling herb seeds! Their nursey is not far from Sissinghurst, in Kent. It was from them that I was able to get real Greek Oregano a couple of years ago, when no-one else seemed to stock it.


I know there are loads of other good-value seed-suppliers out there, and I urge you to shop around and give them your custom. It doesn't make sense to always buy from the Big Names. The prices and customer service are often much better when you buy from a smaller company!