I short while ago I wrote about the value of spares. Just recently I have had to follow my own advice and replace a casualty with a spare kept specifically for this eventuality. When you have a small garden, every plant is precious!

I had planted-up 12 large tomato plants, and they all seemed to be doing well until one afternoon I saw this:- 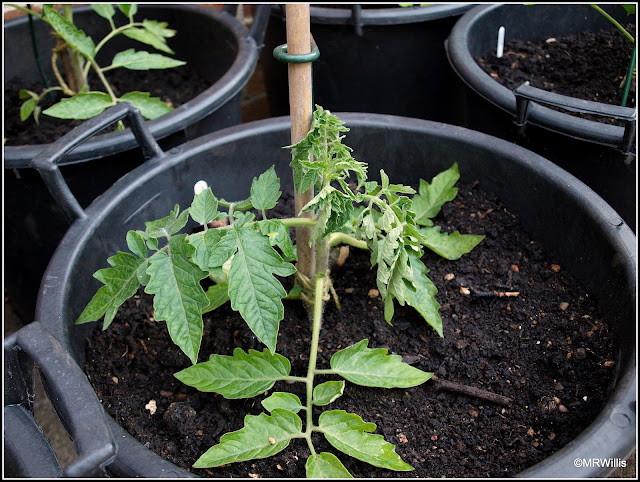 That plant (a "Moneymaker") was definitely looking pale and droopy. It was a hot sunny afternoon, so at first I thought the plant was just suffering from the heat - although its neighbours seemed fine. I gave it a drink and hoped it would recover. 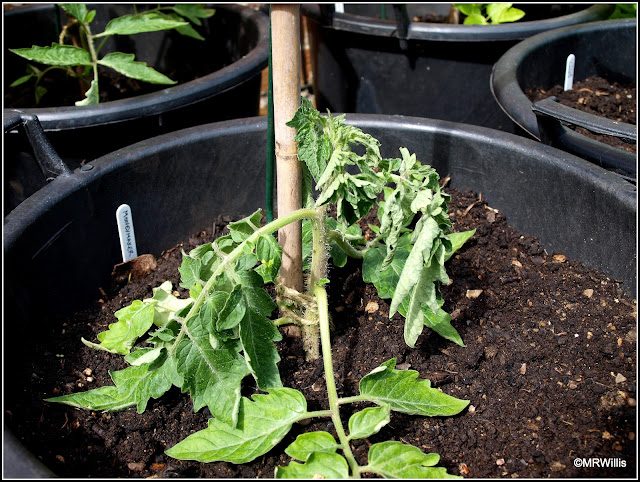 That's terminal! A tomato plant in that condition is not going to recover, so I decided I had to replace it.

Now, this past week I had given away most of my spare tomato plants, but I had kept just a few, one of which was fortuitously another "Moneymaker", so a like-for-like replacement was possible.

When I dug up the dying plant I saw that its stem was soft and brown. I still don't know what caused this. It looked like over-watering, but I honestly don't think that was the cause - and all the others, which have been the subject of an identical care regime look fine still.

Anyway, out with the old and in with the new:- 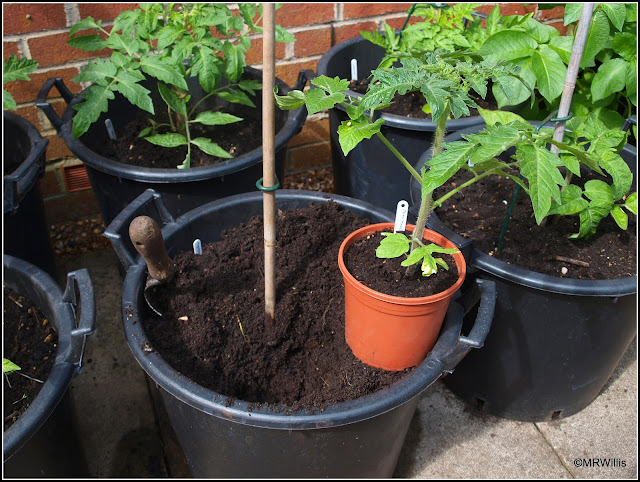 The replacement plant looks nice and strong, despite having been kept in a small pot for longer than desirable. 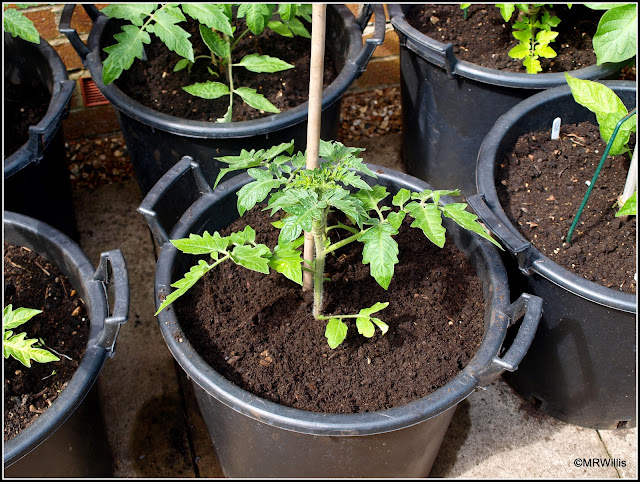 Here it is, surrounded by its peers. I shall be keeping a very close eye on them for the next few days, that's for sure! 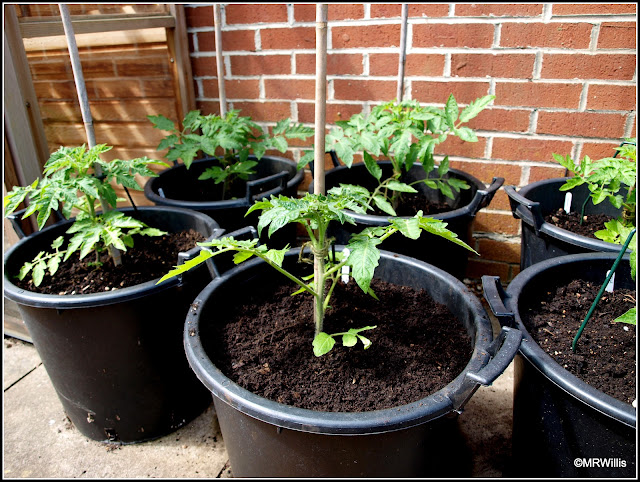 One of the benefits of having a small garden to look after, and it being literally right outside my door, is that I can inspect everything frequently and take immediate action if it's required. Of course, being Retired and not having to go to work is a big advantage here too!
Posted by Mark Willis at 12:30