Something has been attacking my newly-planted Runner beans. The day I after I planted them, I went out into the garden in the morning only to find that something had ripped off both the big leaves of one of the plants, but surprisingly had left the growing-point untouched. There was no sign whatsover of the missing leaves, not even a tiny fragment!

I removed the damaged plant and replaced it with one of my spares. Next morning: same thing! The spare had been neatly de-foliated too, plus some parts of two more plants had been ripped off. By this time I'm suspecting that birds are the culprits - particularly pigeons, a lot of which visit my garden - though I have not actually seen them doing the deed. Anyway, three out of fourteen is a serious casualty rate; this called for robust countermeasures... In my store of Useful Stuff I just happened to have a box of very lightweight netting, which I have hastily deployed, and I have held it in place with stones. 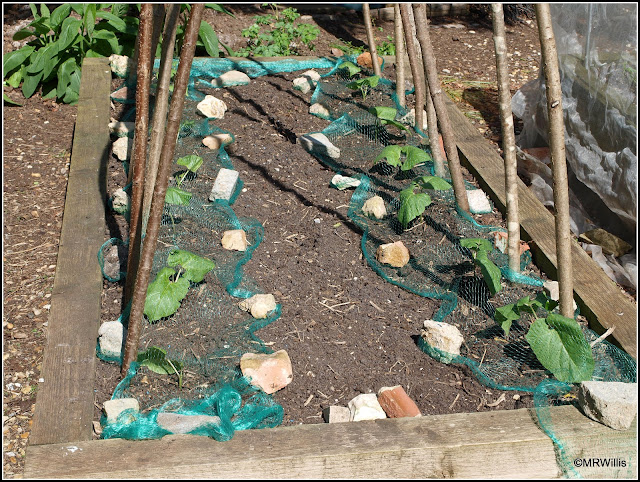 It's not pretty, but I think it will probably work. Hopefully it only needs to be there for a few days. This netting is extremely light and rests directly on top of the plants. I have left plenty of slack so that the plants can grow unrestricted, although Sod's Law says they will grow through the netting rather than just pushing it up. I'll probably end up cutting the netting to remove it. 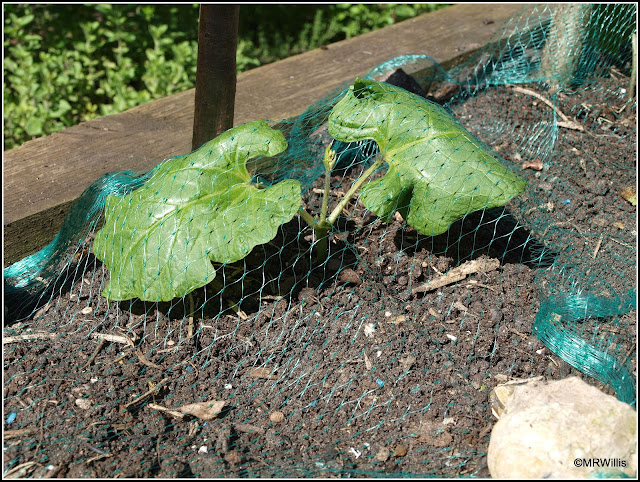 Still, the netting is from Poundland, where occasional bargains are to be found, so it only cost £1!  It is 6m long by 1.5m wide. Normally I'd say that this is too narrow to be useful, but on this occasion it fits the bill quite well.

This is one of the casualties. It lost one complete leaf and the tip of the other, but I think it will survive because the growing-point is undamaged. 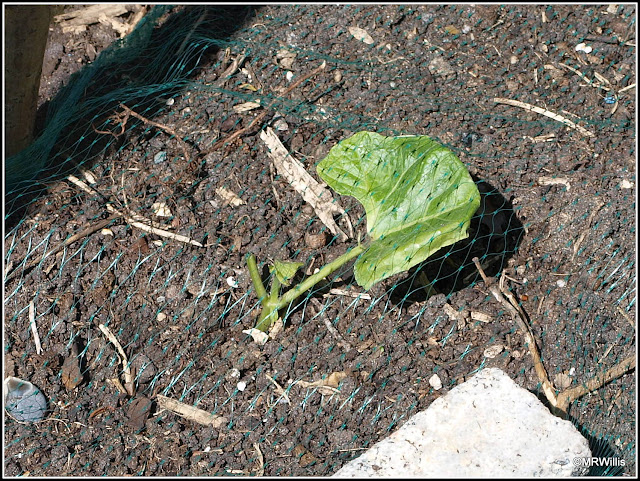 And to think I had been congratulating myself on the recent scarcity of slugs and snails...
Posted by Mark Willis at 12:30