With limited space available in my raised beds, I can't normally grow as many Brassicas as I would like, but with the additional space up at my Courtmoor plot the situation is different this year. I have grown from seed a few specimens each of cabbage (both red and green), cauliflower and Brussels sprouts. This week I judged that the first ones were big enough to plant out, and the conditions were right too, with the soil very moist from recent rain. 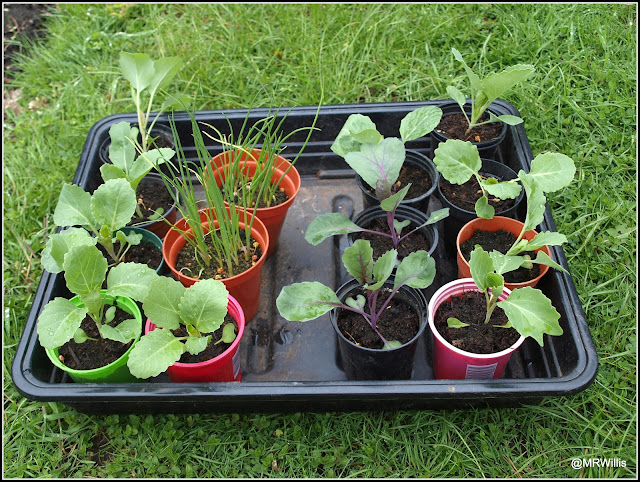 Seedlings like this need to be planted out when they are strong enough to survive in the open (normally when they have developed at least 2, preferably 3 pairs of true leaves), but before they outgrow the little pots. If they stay in the pots for too long the roots will circle around and become very matted and may not spread out properly when they are planted into open ground.

Before planting, it's a good idea to lay them out in their pots in the place where you intend to plant them, just to see that they will fit in all right. I had originally intended to plant 10 green cabbages and 2 red ones, but after a trial run I felt that if I did they might be too cramped, so I left the red ones for another day. The 10 green ones (5 each of "Greyhound" and "Golden Acre") are spaced approximately 45cm apart.


Planting is simplicity itself: with a trowel, dig a suitable hole; knock the plant out of its pot by tapping sharply on the bottom; put the plant in the hole; backfill and smooth-down the surrounding soil. 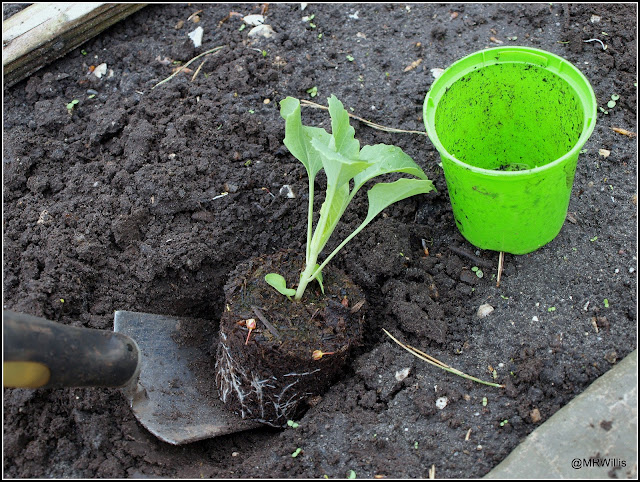 The seedling should be planted quite deeply, such that the soil level is just below the first pair of true leaves (not the cotyledons or seed-leaves). Brassicas like firm soil, so use your knuckles to push the soil down very firmly around the base of the plant. This will aid stability and lessen wind-rock. 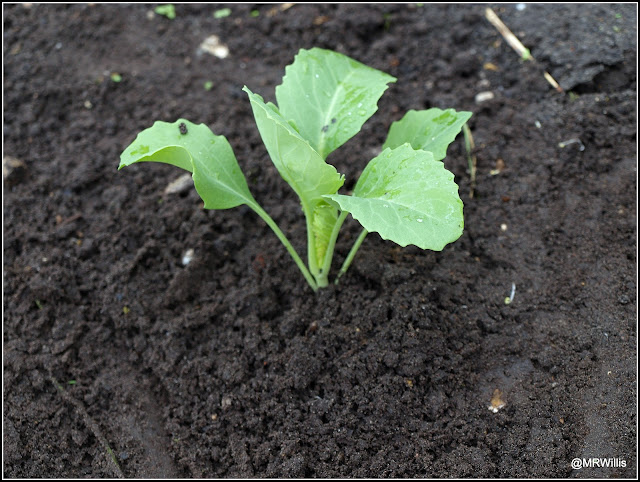 My procedure also contains one more step - adding a "collar" around the base of the plant to deter Cabbage Root Flies from laying their eggs close to the stem. I use collars made from thick cardboard, which will eventually break down, though by that time their job will have been done. 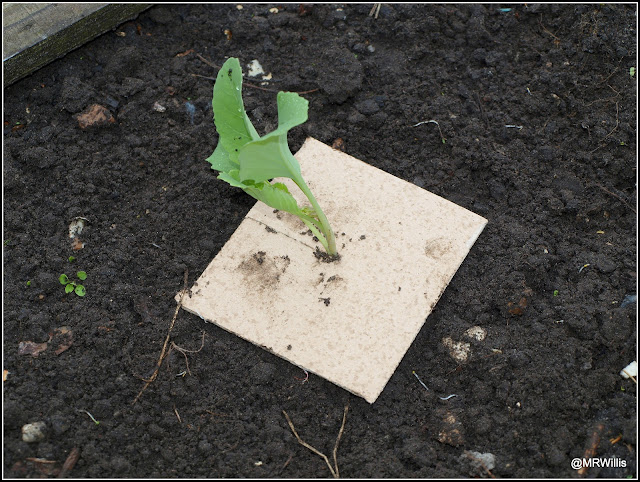 If the weather had been dry, I would have watered-in these little plants to help them get established, but the soil was pretty moist so I didn't think it was necessary this time.

Before I plant my cauliflowers, red cabbage and Brussels sprouts, I will probably have to finish digging the last bit of undug ground - between the beanpoles and the Raspberry canes. That little patch of weedy / grassy ground needs to submit to the spade just like the rest of the veg-patch! 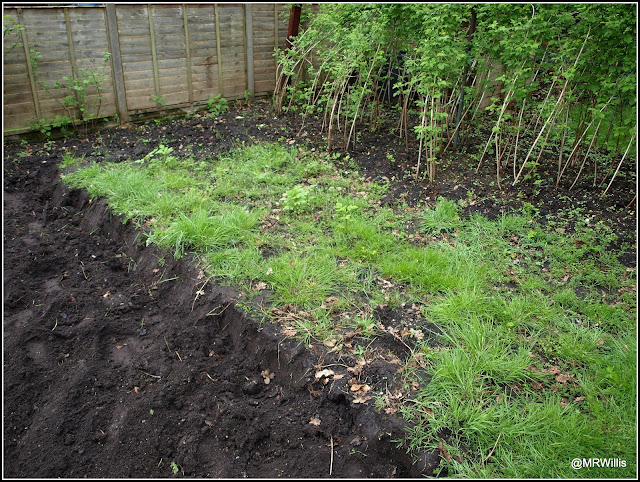 Meanwhile, the Raspberry canes are looking very luxuriant now, and lots of flowers are forming.

The Blackcurrant bushes are also looking healthy. Despite (or perhaps because of) the severe pruning I gave them a couple of months ago, they look as if they will still deliver a significant harvest.