Having sown some bean seeds the other day, my thoughts have now turned towards beanpoles, particularly in relation to my new Courtmoor Avenue plot.

I intend to grow Runner Beans in my own garden as usual, and I see no reason to change the way in which I provide support for them. This is the system I have used for many years - pairs of poles in an inverted V shape, secured with a horizontal pole up at the top. The primary criteria for a bean support system are that it should be tall and strong, and this meets both of them. 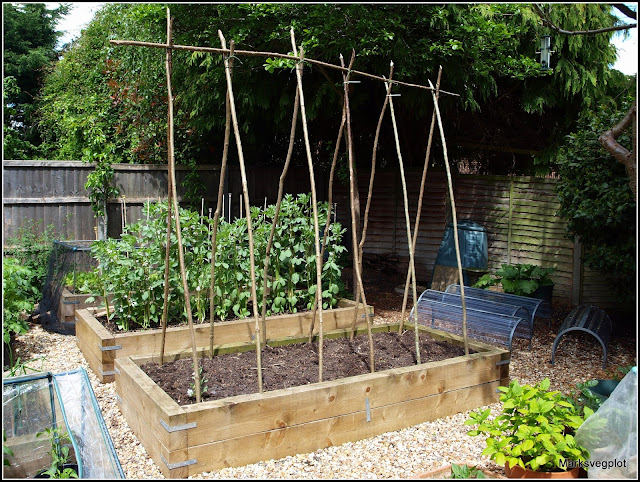 Until recently I used to use 8-foot bamboo poles, but for the last two years I have used more sustainable Hazel rods, obtained locally, and they are 9 feet long.

This arrangement works well in my raised beds, but on the open space of my new plot I will be using a different system. For one thing, there are no raised bed timbers on which to stand in order to tie the poles at the top, and fix the cross-piece in place!

Using some metal piping, I have made this contraption, with two tripods hammered deep into the soil, supporting a horizontal pole. 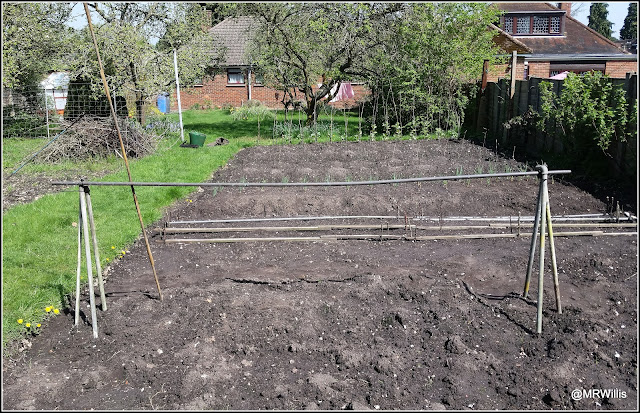 The height of the horizontal pole is very roughly 3 feet. To this I have fixed the 8-foot bamboo canes formerly used in my own garden ("waste not, want not"!). 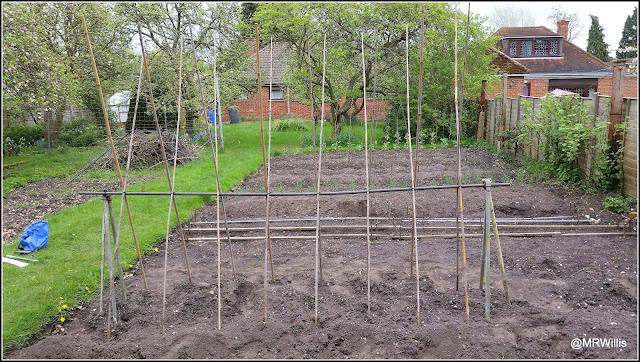 This time the poles are arranged facing outwards, and secured to the horizontal pipe at just below their halfway point. 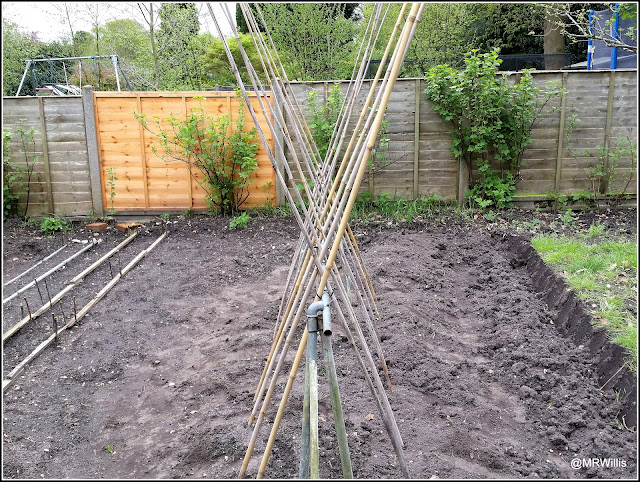 The theory is that the bean pods will dangle down on the outside of the row and will thus be easier to pick - and less likely to get missed in amongst the foliage. Well, it certainly sounds possible, so let's see...

As well as the Runner Beans grown this way, I plan to have two or three cane wigwams to support other types of bean - such as "Cobra" climbing French Beans, and some Borlotti, maybe some "Cherokee Trail of Tears". My plans for these are still fluid, and will be influenced by how well the many and various seeds I sowed germinate. So far I have put up just the one wigwam, which you can see here next to the Runner Bean poles. 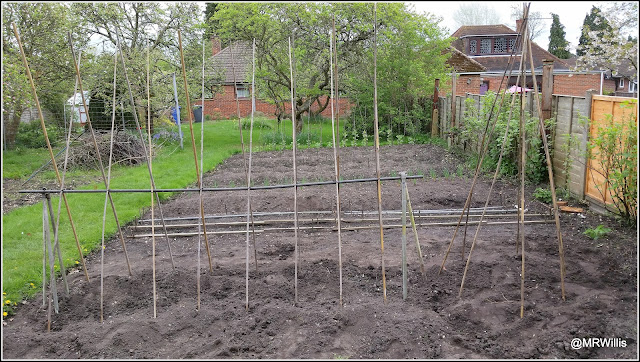 Looking in the other direction for a minute, see how little of the patch remains to be dug - just this little strip between the beanpoles and the Raspberry canes. Nearly there! 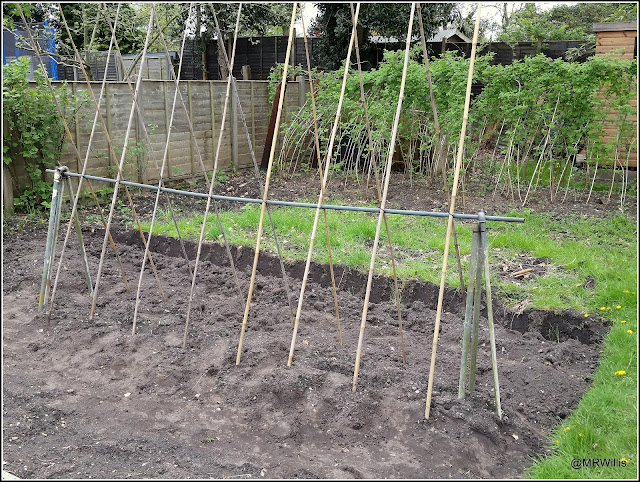