Spring has been a long time coming this year. As well as a couple of really cold and snowy periods, since Christmas we have had a lot of rainfall. March was a particularly wet and gloomy month. Not ideal for getting plants started! Normally, mid-March to mid-May is the busiest time in my garden, with seeds of some sort being sown practically every day. It is also the time commonly referred to as the Hungry Gap, when the over-wintered veg have been used up, and the Spring-sown ones are not yet available.

Fortunately, the harvesting period of Purple Sprouting Broccoli coincides neatly with the Hungry Gap, and I have been picking a lot of it recently. This is "Red Spear", the second of my four PSB varieties to mature: 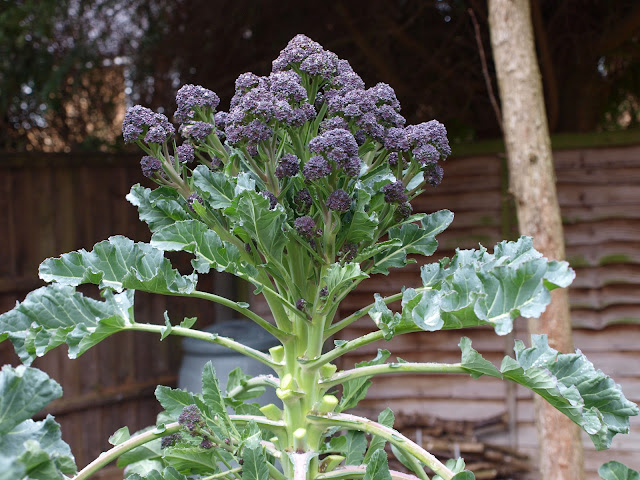 As you can see, I have been harvesting it "Bottom to Top" this year, which is the opposite way to normal. Conventional wisdom says that you should cut the top central spear first, in order to stimulate the production of more spears lower down, but I wanted to test whether this is really true. Last week I picked a huge number of plump spears from the lower part of the plant:- 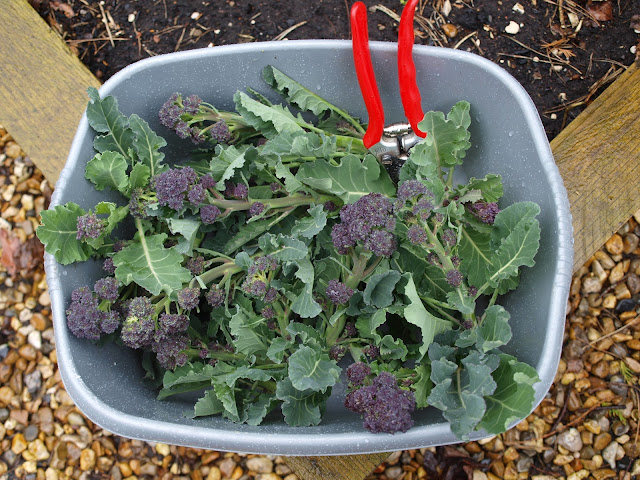 Today I chopped off that top central shoot: 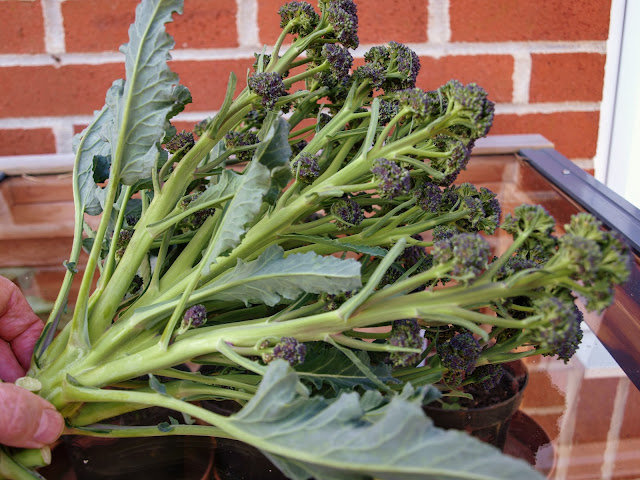 I separated it into about a dozen more good-sized spears. 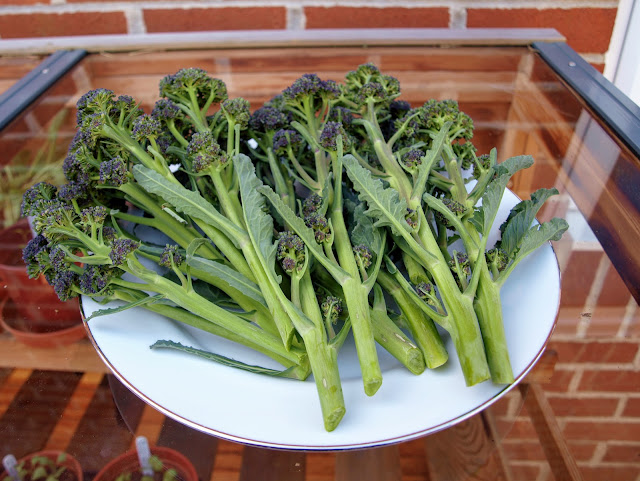 My belief is that cutting the central shoot after the lower shoots made no appreciable difference to the yield. However you pick them, the plants always go on to produce a good number of smaller secondary shoots, like these: 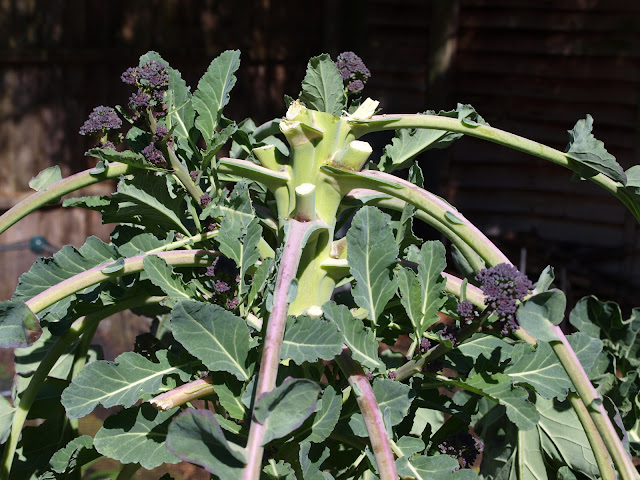 As well as the PSB, I am currently harvesting my over-wintered Mache / Lamb's Lettuce / Corn Salad, which makes a welcome addition to our salads. 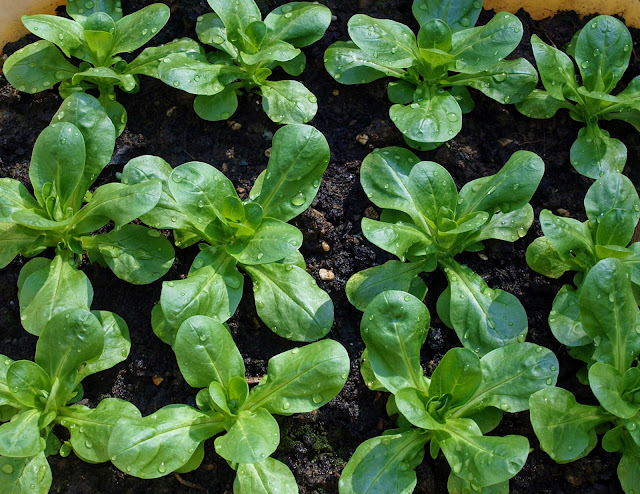 The best specimens are the ones I transplanted into old plastic washing-up bowls. I think this is because they were better protected. 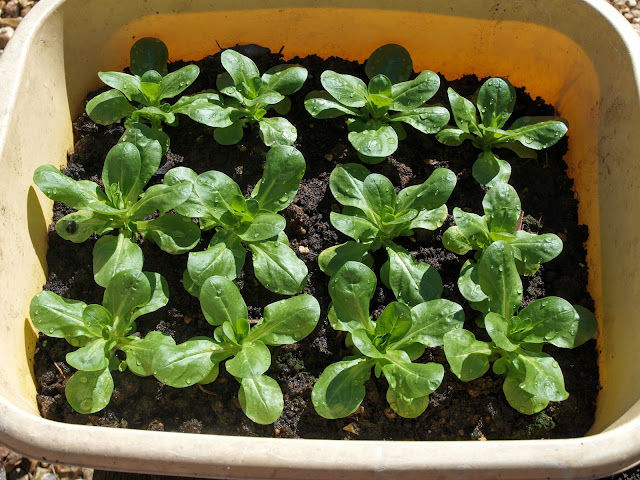 As well as the Mache, I also have a few small Radicchio left, and the two little pots of pea plants, which are currently developing their third crop of peashoots.

Hopefully it won't be very long before I have something else to harvest, because today I spotted the first spear of Asparagus poking up through the soil. I don't have much Asparagus, but in my opinion it's a great delicacy, and even a few spears will be very welcome.


With a bit of luck we'll get a bit of dry weather soon, and I'll be able to get on with my main sowing and planting.
Posted by Mark Willis at 18:00