Until recently the Allium family hadn't been well represented in my veg-plot. I grew some garlic once and it was pathetic; I have produced some reasonably competent shallots a couple of times, though they were not of prize-winning quality. Likewise, my Leeks have been, shall we say, "variable". The first time I grew them (in 2014) they did very well, but that turned out to be Beginner's Luck, and the next couple of attempts were a bit feeble. I'm not one to give up easily though, and I am having another go this year.


Thinking about the results I have had with Alliums, I believe that the critical factor is light. If they don't get enough of it they aren't going to do well. This was particularly brought home to me last year when I tried to grow some spare leeks in a big plastic pot which had previously held potatoes. There just wasn't a good place to put the pot. It ended up underneath a tree and was in the shade most of the time. The results were predictable - puny Leeks. 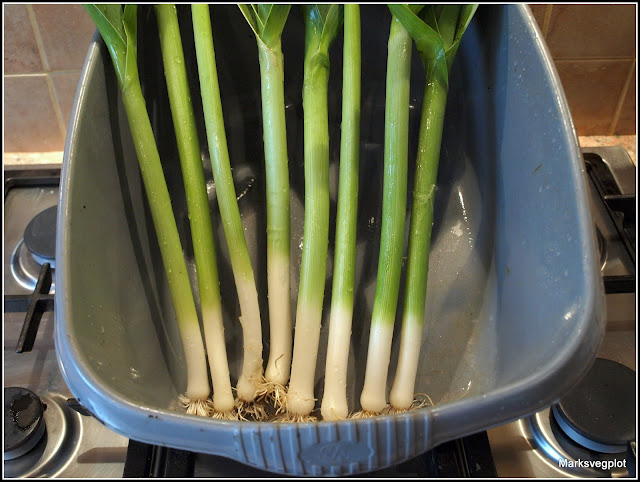 This year I have planted two different types of Leek - "Winter Giant" and "Musselburgh".
They were sown on February 12th. 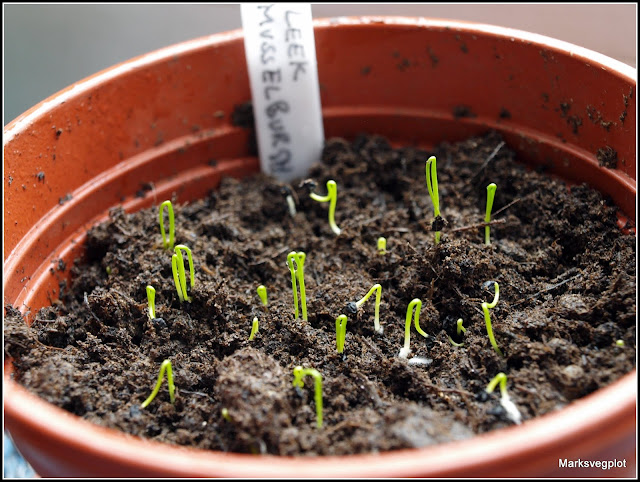 This is them on 8th April. 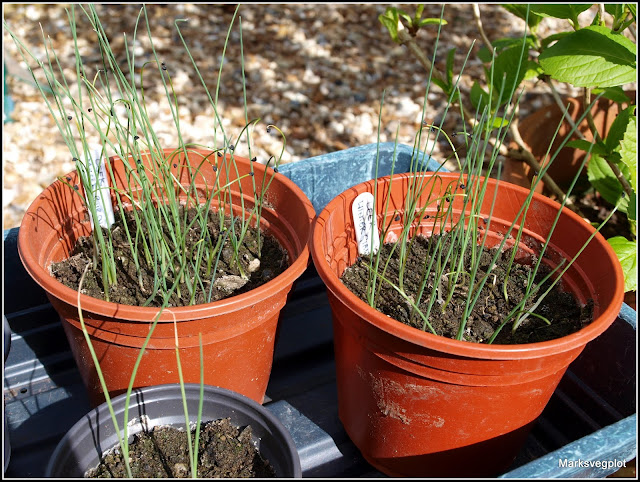 They were planted out (maybe a little small) on 14th April. 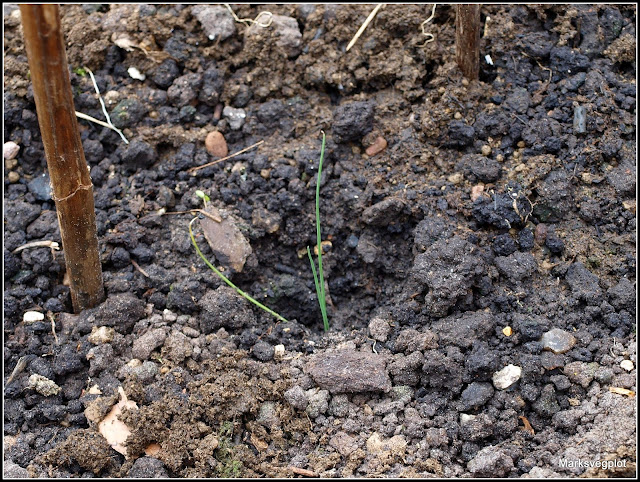 This is them now. 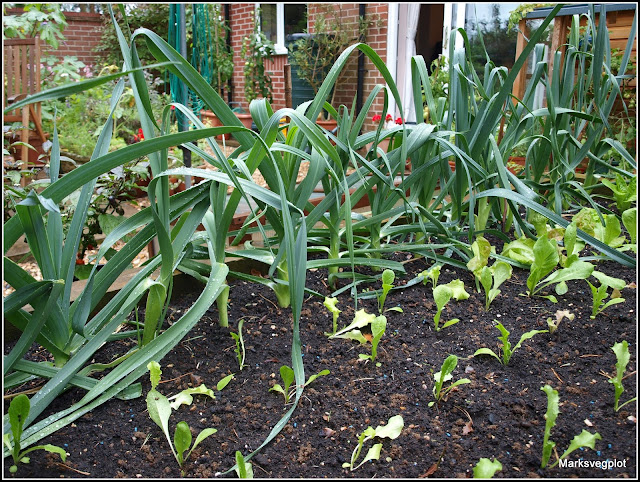 My main crop is a mere 15 leeks, but they are in prime position, in a raised bed that gets lots of direct sunlight. So far they seem to be doing well, and bulking-up quite nicely. As long as they don't bolt, I hope to keep them growing (and getting bigger) well into the Autumn. 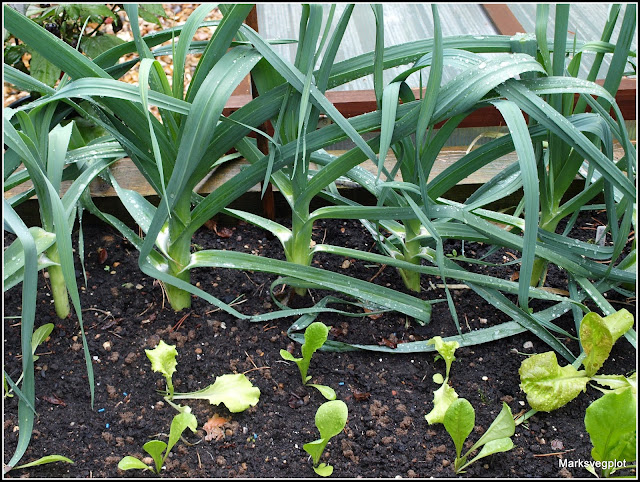 As always, I had a few spares, and once the main crop was established I planted them in a couple of big 35-litre pots that had previously held potatoes. I did this last year, but put too many seedlings (9) in each pot. This year, I have only put in 5 per pot. 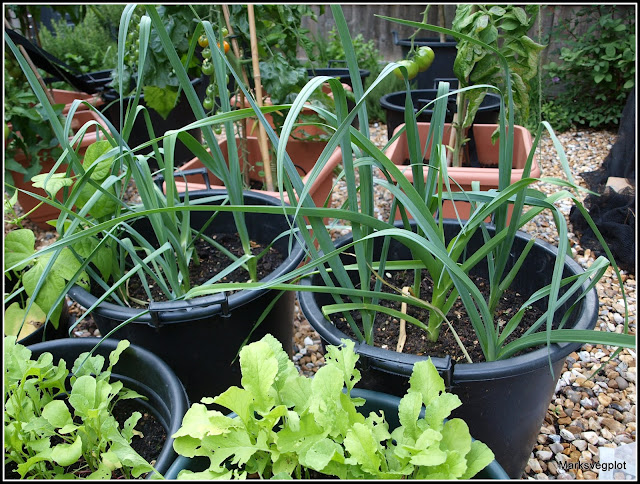 They are looking good so far - much better than last year! 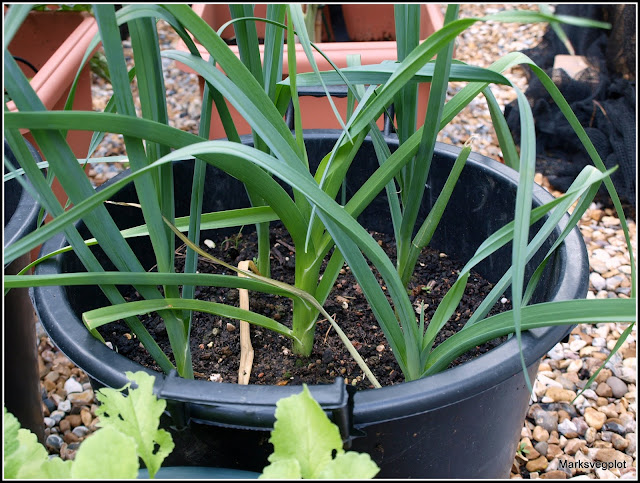 After putting 5 Leeks in each of those 2 big pots, I still had a few more "spare spares", so they went into a third pot. There are 8 of them, and I don't expect them to do so well, because they will be very cramped. 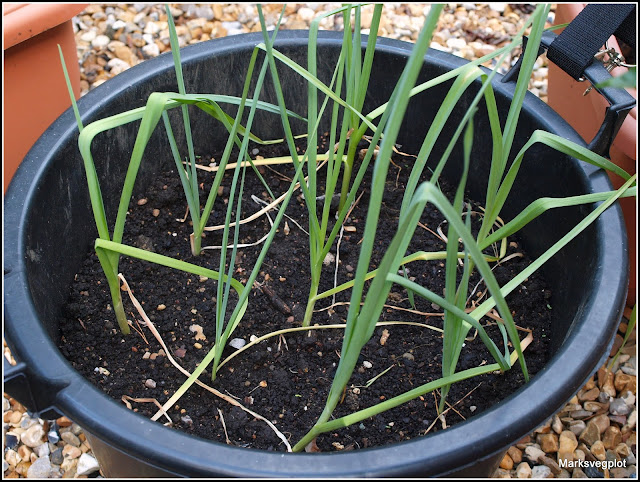 Those ones will end up being used as "Baby Leeks" I expect.
Posted by Mark Willis at 12:30