I have recently read several articles about how to prune Lavender, the gist of which is to prune it very hard - right down into the brown wood. This is alleged to make the plants "come back with a vengeance", putting on lots of vigorous new growth in the following year. Hmmm, I'm not convinced. But then I'm no expert on this subject. My usual technique is to use shears to clip the plants just after the flowers have died, taking the stems down to just above the brown wood. I have had limited success with this, I admit. The plants do produce new growth, but it has never been as vigorous as I would like, and it has meant that the plants end up being straggly and rather unsightly except when actually flowering.


It was therefore with some relief that I accepted the offer of three young Lavender cuttings from a friend. They were already well established and just required potting-up. 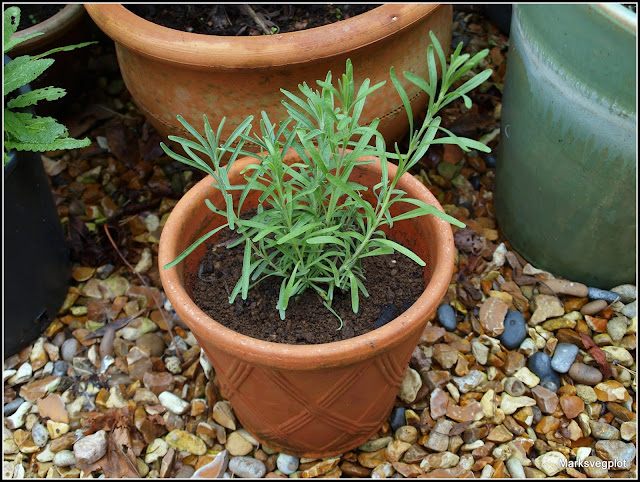 With these, I'll be able to make a completely fresh start! 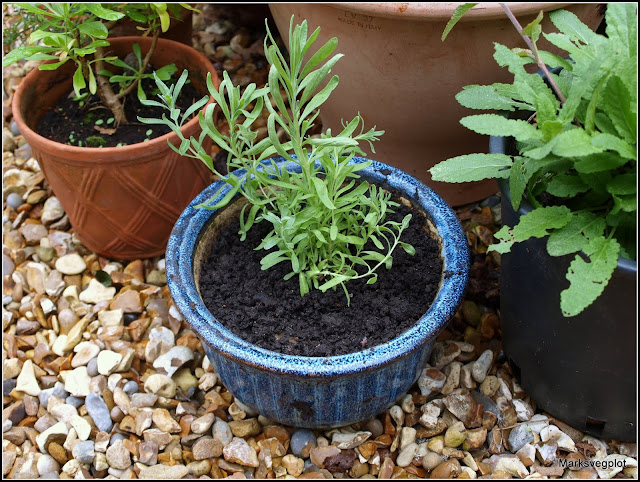 My immediate action on receiving these new plants was actually not to plant them up, but to cut down and discard the old woody plants first. However, I did keep one, to which I am planning to apply the Prune Extra Hard treatment, just to see if I can get it to work, so for the record, here it is: 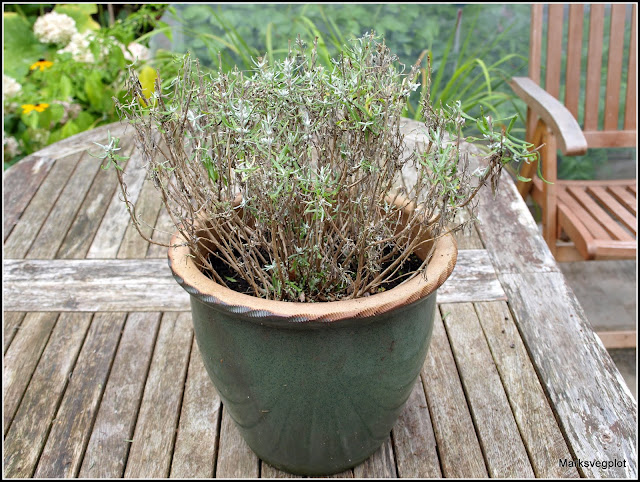 Today I also want to show you photos of two other flowers currently in my garden. The first is this Lobelia Cardinalis, whose first flowers are just opening. It usually begins flowering in late August or early September. Notice the raindrops dripping from the petals! 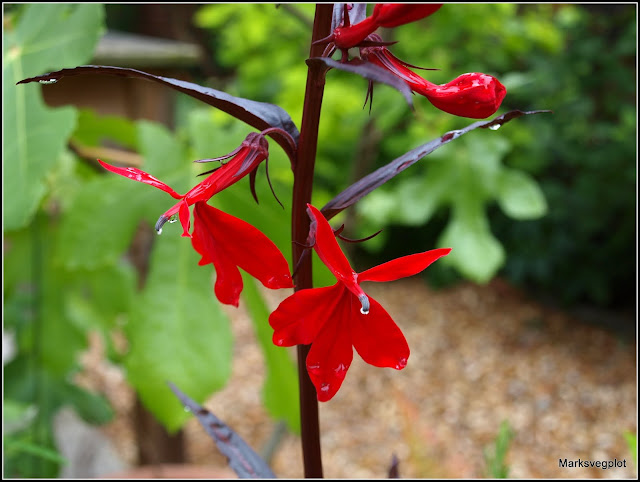 The other one I want to show you is this tiny Cyclamen: 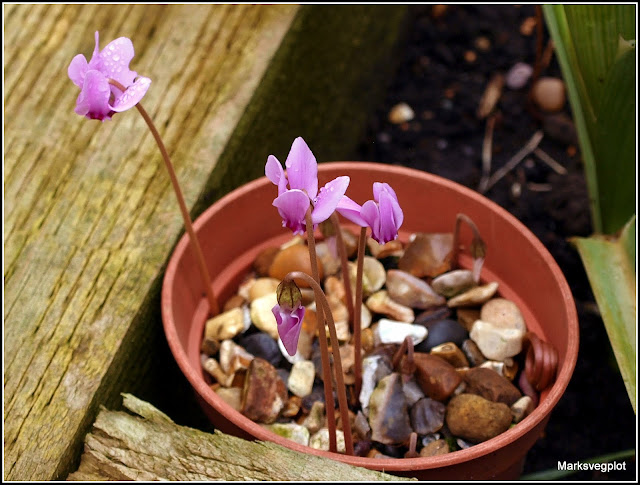 I'm very pleased to have this one. It is the one that came up in the shingle of my back garden as a volunteer (i.e. not planted by me) in the Autumn of 2015. I spotted its leaves, dug it up and potted-it up. This is the first time it has flowered.
Posted by Mark Willis at 13:00