OK, it's May now, so can the weather please warm up? I'm tired of the cold grey days. It wouldn't be so bad if those grey days had brought a bit of rain, but it's been unusually dry here for weeks.

My tomato plants were getting thin and leggy due to the low light-levels on the windowsills, so I have moved them outside. Well, not completely outside - into the big wooden coldframe. 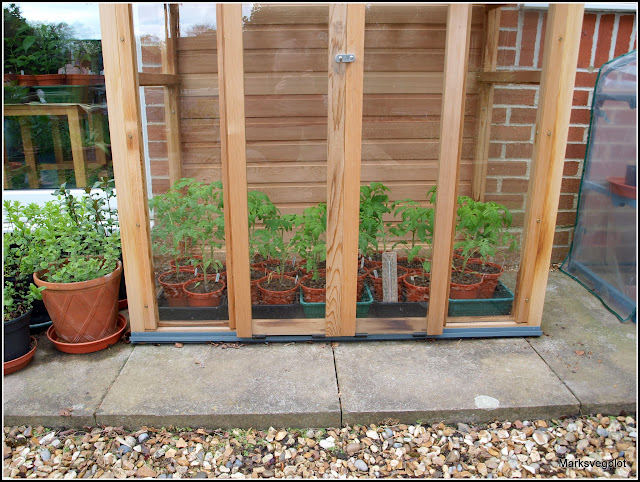 In order to accommodate the tomato plants I have had to re-arrange the coldframe setup completely. The middle shelf has come out, because with it in place the tomatoes would not get enough light, and many of them are already too tall to fit on the shelf anyway. They now have plenty of headroom to grow, but I'm a bit uncomfortable about the temperature (notice the thermometer prominently displayed!). Day-time temperatures outside at present are only about 12 - 14C. The coldframe boosts those by a few degrees, but most of the time the tomatoes will be wishing they were warmer. At this time of year it is always a trade-off between light and warmth. Right now I think light is the more important of the two factors. 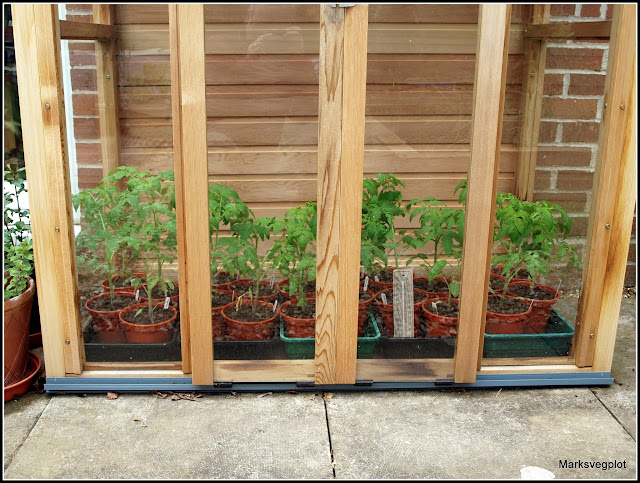 The plants that were previously on the floor and on the middle shelf have been moved to the trusty plastic mini-greenhouses. In my mind there is no doubt that they take second place in the list of priorities!

Elsewhere there are a few signs of movement. I have been anxiously scanning the pot in which my Dahlia "Bishop of Llandaff" was overwintered, looking for signs of life. A couple of days ago I was rewarded with this: 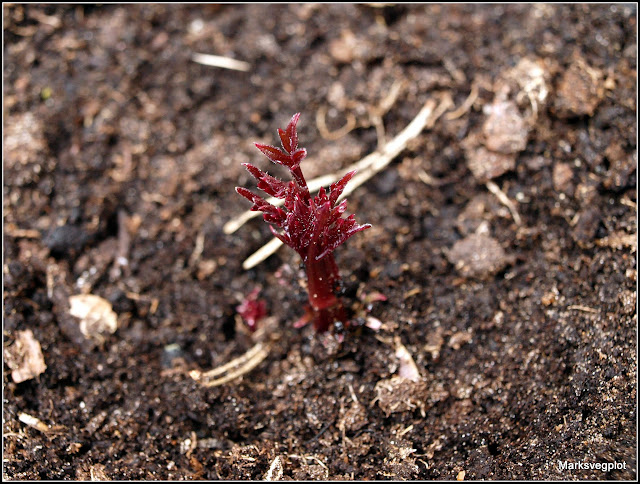 The Dogwood shrubs are beginning to fill out too. I removed several of them earlier in the year, but not this one, which is my favourite. It's Cornus Alba "Aureum": 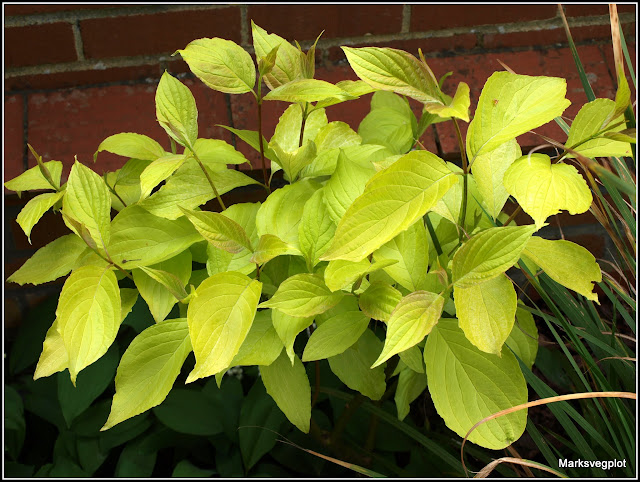 Last year at about this time something attacked this and other Dogwood plants, nibbling through the fresh young stems right at the tips, which caused a lot of damage, so I'm keeping a close eye on things this time.

Next door to that Dogwood bush is the Libertia with its mass of sharp pointy leaves. Sometimes it does well, others not. It looks as if is going to do well this year, because I have counted 26 flower spikes on it. No colour yet, but plenty of potential. 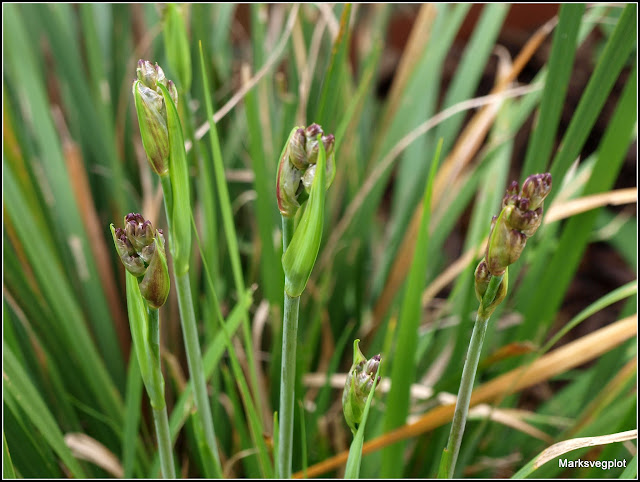 The Aquilegias are not looking so special this year. I re-potted some of the plants last year because they had become overcrowded, and they mostly look quite weak still. Best of the bunch so far though is this one, which is a self-seeded one, growing down at the bottom of the garden near my Comfrey patch. 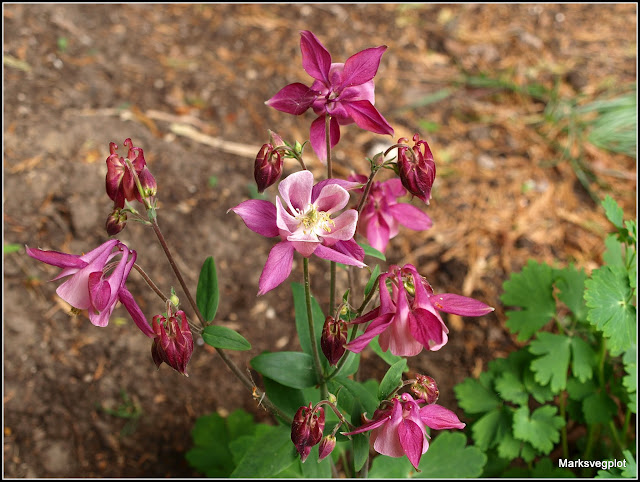 This is another sign of approaching Summer - Radishes being harvested: 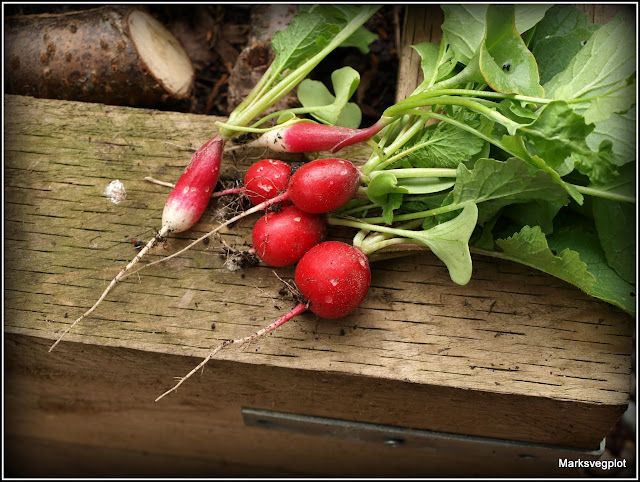 My first row of Radishes is nearly finished now. It was heavily depleted by the blessed Blackbirds. Still, I have got more coming along, and most of those are under nets now.
Posted by Mark Willis at 12:30