Everyone knows how fond I am of Purple Sprouting Broccoli! Now that this year's harvest is a thing of the past, it's time to start all over again because PSB takes about 9 - 10 months from sowing to harvest. 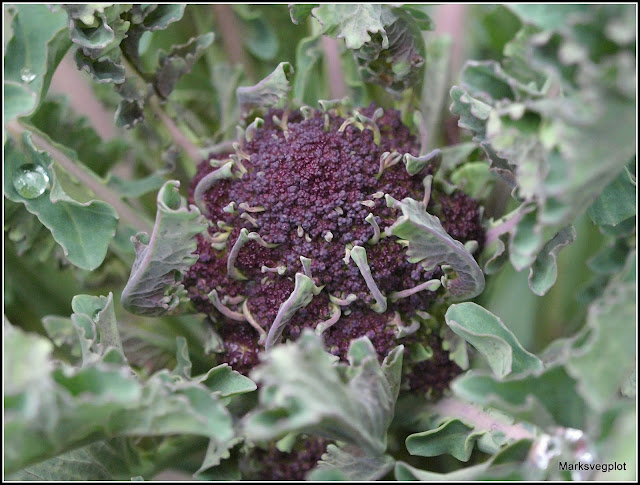 Last Saturday I sowed seeds for five varieties of PSB. They were "Rudolph", "Red Spear", "Red Arrow" and two variants of "Early Purple Sprouting" - one from Mr.Fothergill's and one from Marshalls. I sowed approximately 6 seeds in each of 5 small (7.5cm) pots, using Levington's John Innes No.1 as the sowing medium. The pots were placed in a seed tray, covered with a large plastic bag to maintain humidity and then put on an indoors windowsill.

A mere 3 days later, they germinated: 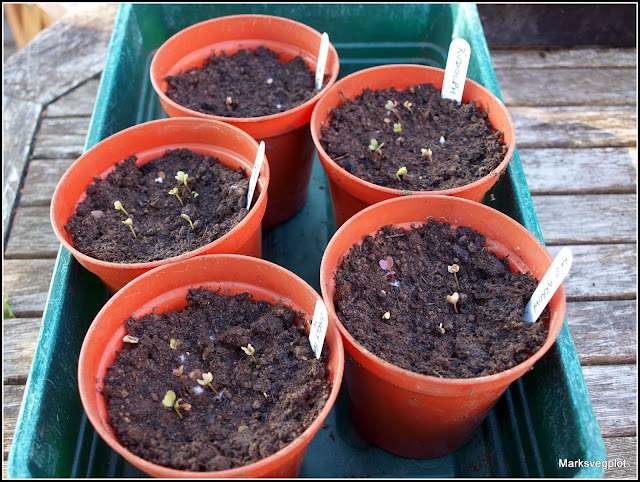 It looks as if there has been a good germination rate, with several seedlings visible already in each pot. 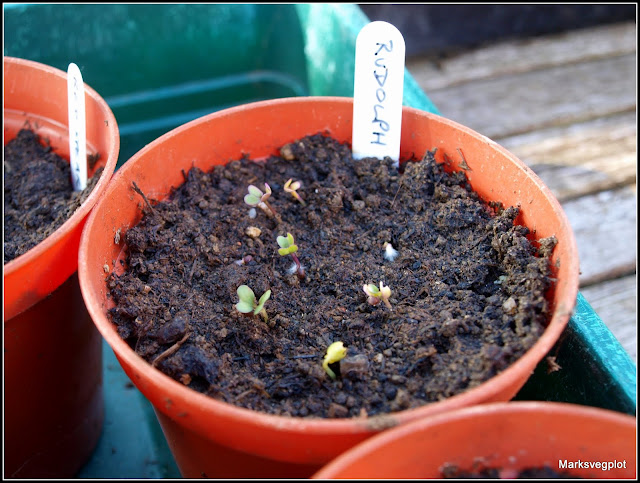 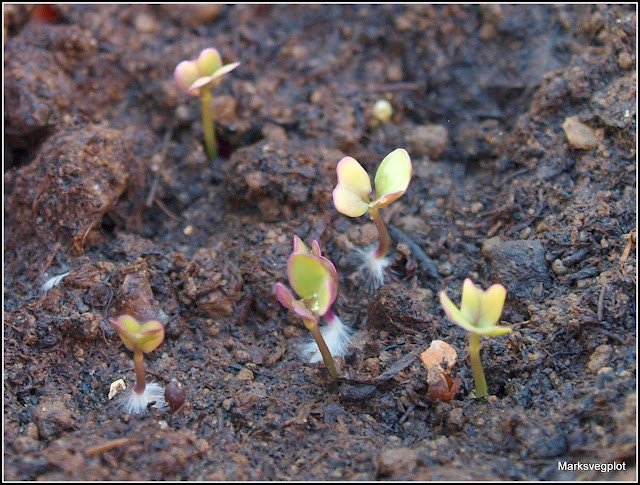 As soon as possible after germination they went outside (the temperature even at night-time has been in double figures for several days now), to make sure they get as much light as possible. This will prevent them going long and thin - aka "leggy".

I will grow the PSB in those little pots for another couple of weeks or so, until they have at least one pair (preferably two) of "proper" leaves. When they are big enough to handle I will choose probably 3 of each type to transplant into individual pots, and keep them in those until space becomes available in one of the raised beds - which should be after the Broad Beans have finished, so maybe late June or early July. These days I usually grow only 4 plants of PSB, but it's always nice to have some spares. The big question is am I going to shell out some cash to buy nematodes to ward off the Cabbage Root Flies that love to attack my brassicas? 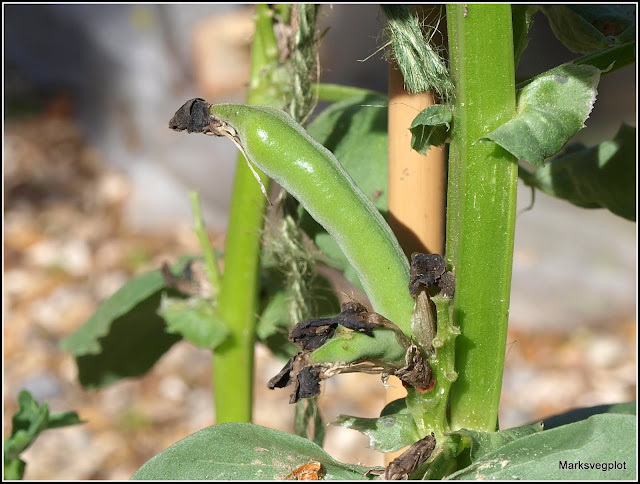 And the Runner Beans are now producing their second set of leaves: 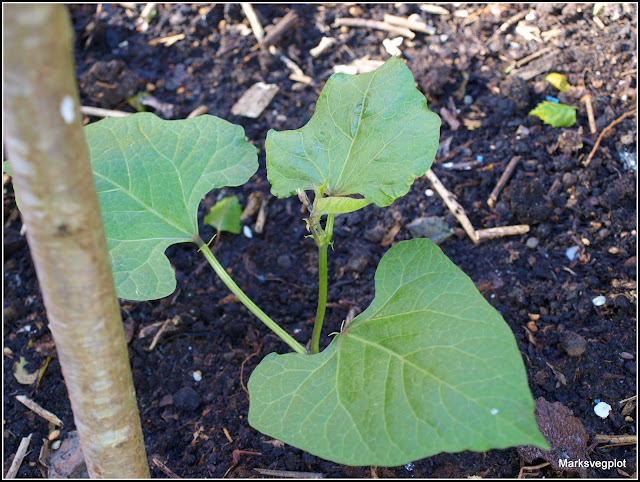