My chilli plants have been "promoted". By this I mean moved to bigger pots.

Until yesterday they had been in 5-inch / 12.5cm pots like this: 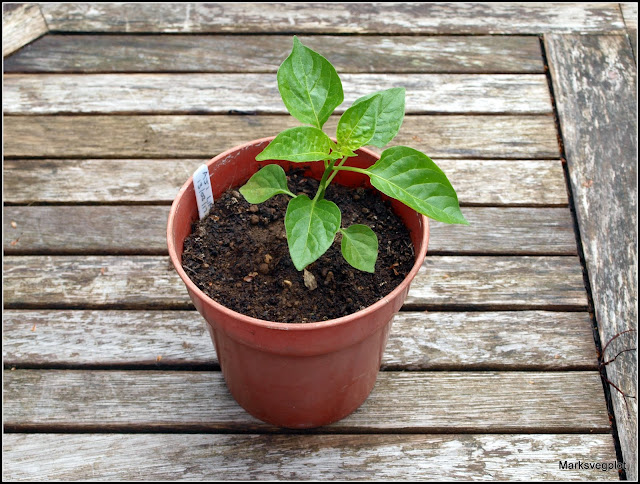 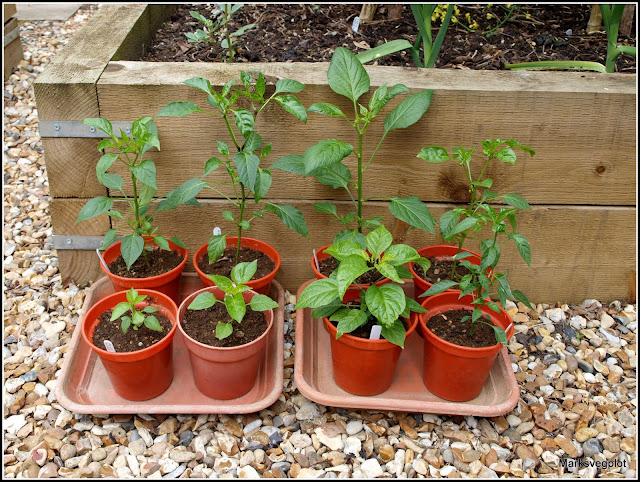 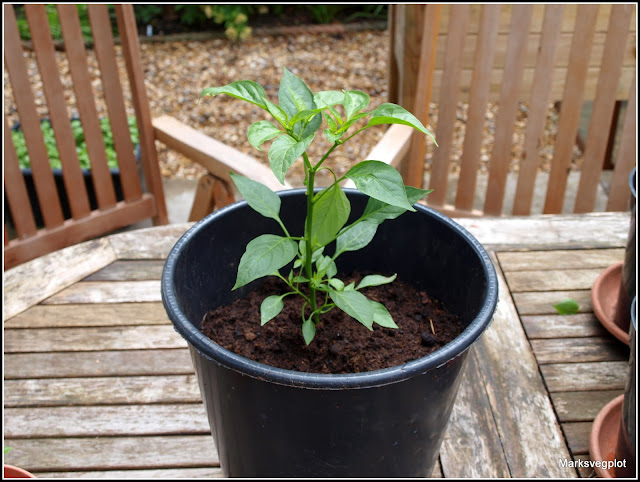 The doubling in diameter of the pot makes a big difference to the volume of soil to which the plant has access. If I were a mathematician I would work it out, but I'm not. Even I can see that it's not just twice as much! 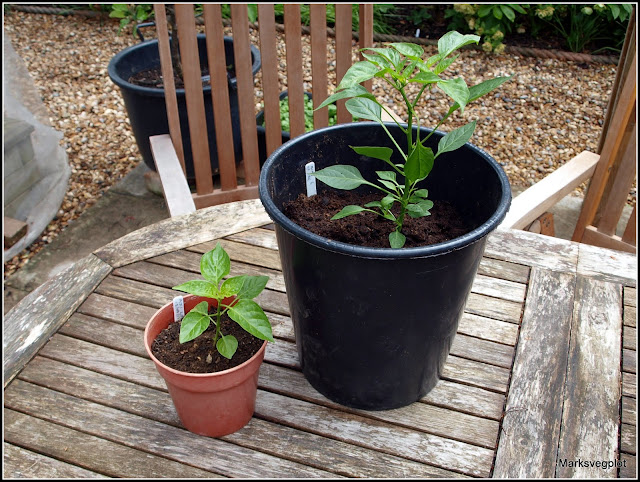 Although the weather is much improved compared with say a month ago, I'm still keeping the chillis under cover when the sun is not shining. The plastic "Seedling Greenhouses" have been put to good use once again: 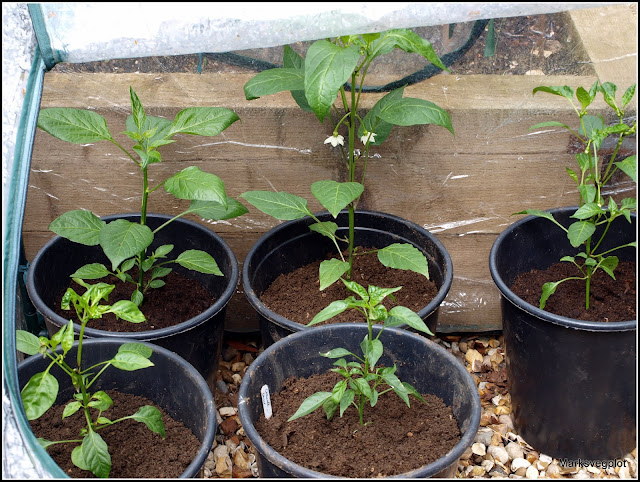 My biggest chilli plant (an unknown variety) has its first flowers already. 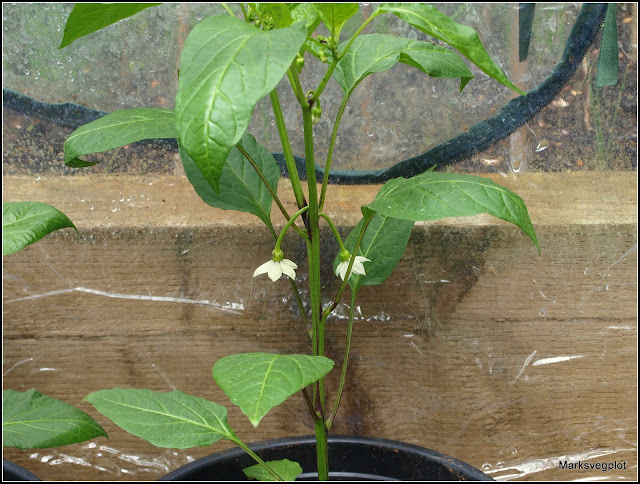 In a way, growing unknown varieties is more fun than growing identifiable ones. In this case all I had to go on was one dull red shrivelled-up pod, full of seeds. The pod was pretty big, so actually this might turn out to be a sweet pepper, like Long Red Marconi or something!

I think I have mentioned previously that my chillis this year are a very mixed bunch. The ones pictured above are good, and of a size that I would consider normal for this stage of their lives. Some others though are still resolutely tiny, like these: 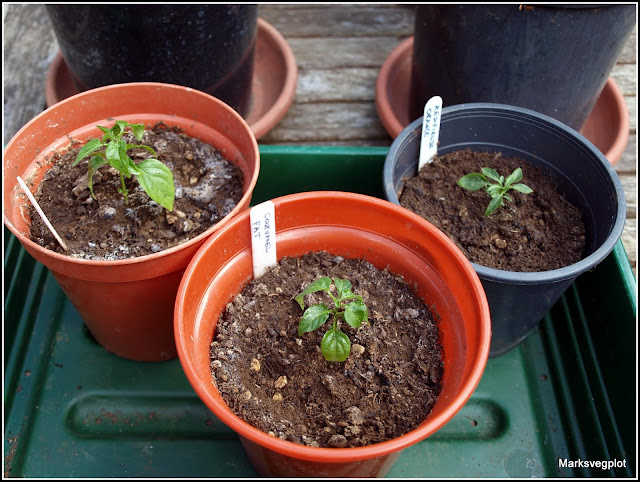 I don't know what has made the difference, because they have all been grown in exactly the same way, using the same compost etc. It must just be "one of those things".
Posted by Mark Willis at 12:30