My shallot sets arrived last week - a 500g pack of "Longor", from Thompson and Morgan. 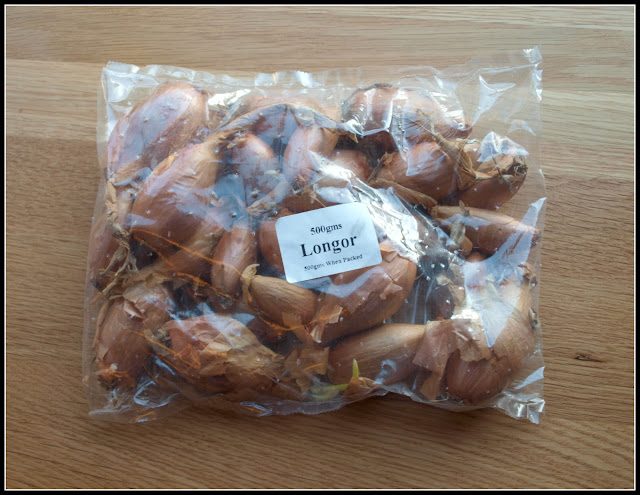 I don't have much experience with growing shallots, but this variety did well enough for me last year, so I thought "If it ain't broke, don't fix it" and went for the same again. Last year's crop mostly ended up being pickled, like this: 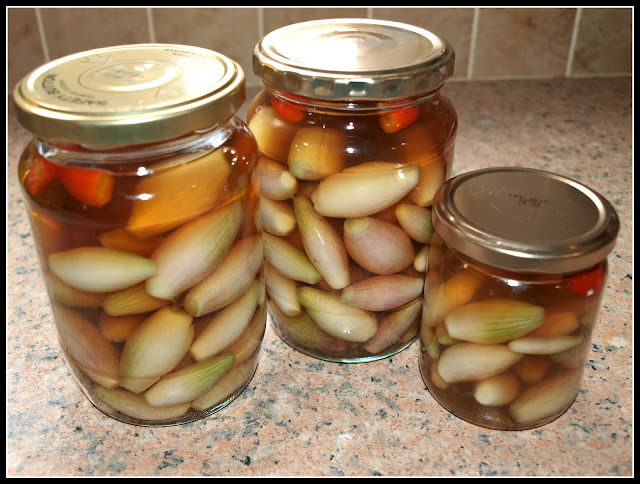 It's still too early to plant shallots, I think. I have read that if you plant them too early they are likely to bolt, so I'll leave it for a while. Last year I sowed mine on 2nd March, which seemed just about right, so for the time being my sets will live in the garage, where it is cool but frost-free.

The 500g bag contained 26 individual bulbs. Last year one or two were soft and not viable, but this year they all seem OK, although one has actually sprouted green shoots already. 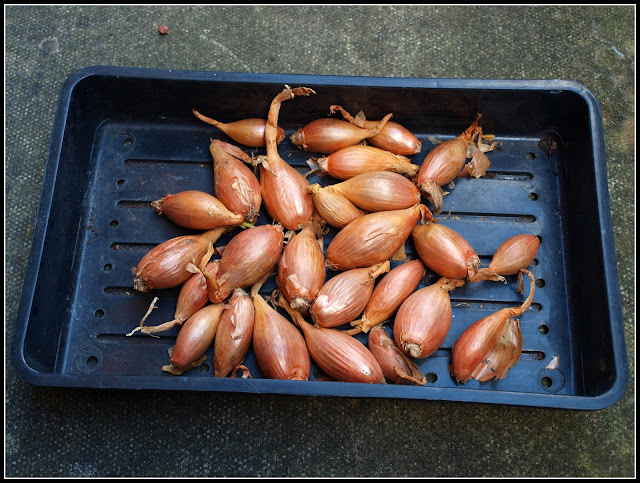 In the catalogue these shallots were described as "copper-skinned". I think my next photo demonstrates the truth of this quite well. 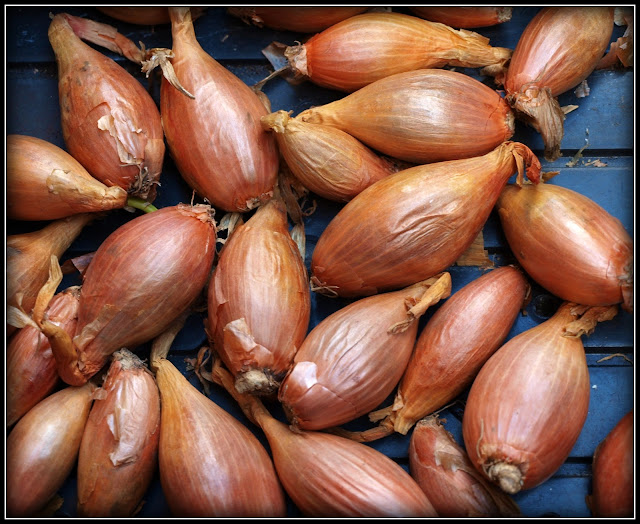 They are also described as having pink-tinged flesh, robust flavour and good storage potential. What more could you want?

Last year my crop was "OK, but could do better". The bulbs were good in terms of quality, but not as big as I would have liked. I think maybe I planted the sets too close together. I used a spacing of about 20cm. This year I'll increase that to about 25cm and see if they do any better. I think it is also probably fairly important to give the shallots an open site, where they can benefit from plenty of sunshine (if we get any, that is...).  Do any readers have any advice to offer on this?
Posted by Mark Willis at 16:00