Why not? There's Shepherd's Pie, Cottage Pie, Fisherman's Pie; all sorts of pies. Pies topped with potato rather than pastry. So why not Gardener's Pie? 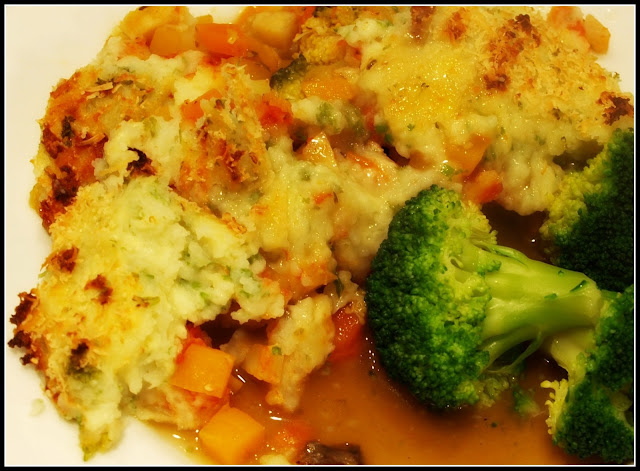 Last week I was away from home for a few days on business, staying in an hotel. Why is it that hotel food seems to concentrate entirely on meat and omit vegetables altogether? In the hotel scenario, vegetables are at best an afterthought - a garnish, or something you have "with" your meal. When I got home I was seriously craving for veg, so I decided to make a meat-free meal with as many veg as I could muster...

"I need a mega veg-fest", I said. "That's OK" said Jane, "have a look in the fridge..." While I had been away our latest veg-box had been delivered, and with me having been away half of the previous week's box was still available too. We had carrots, parsnips, Swede turnip, squash, cabbage, broccoli, peppers, tomatoes, mushrooms, celeriac, artichokes.... etc! 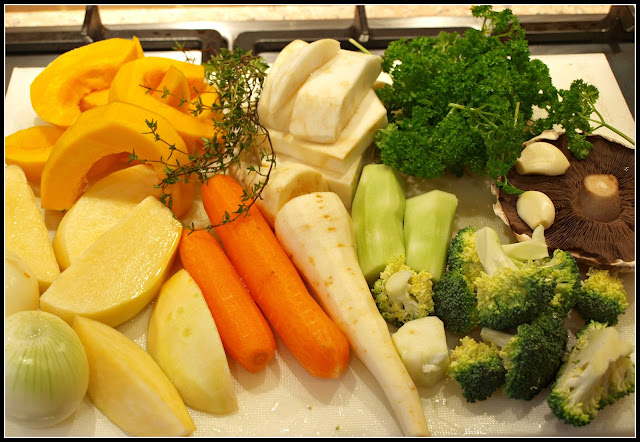 My chosen dish (whose name I invented, btw) gradually evolved into this Gardener's Pie thing. It's similar to a Shepherd's Pie, except that the meat is replaced with vegetables, and I enhanced the mashed potato topping with the inclusion of cheese and parsley.

This is how I did it: (I'm deliberately not mentioning quantities. Adjust these to suit your own requirements!) 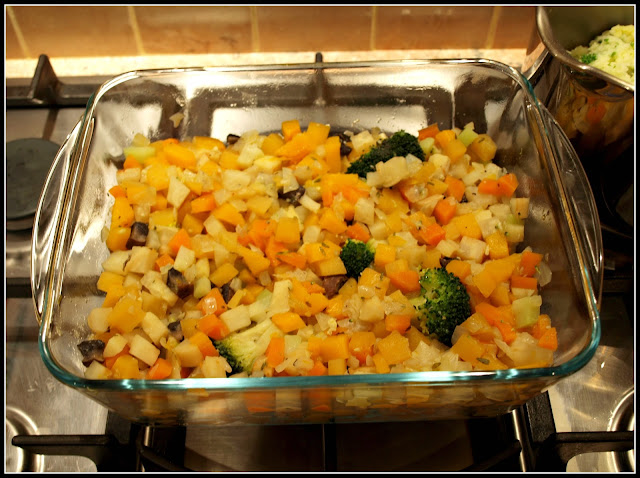 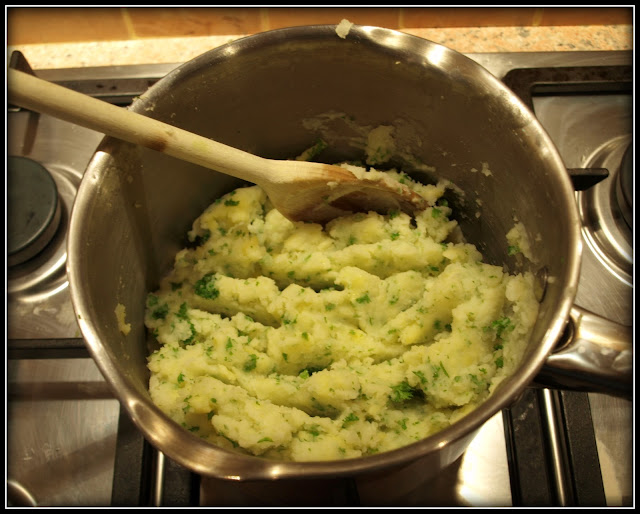 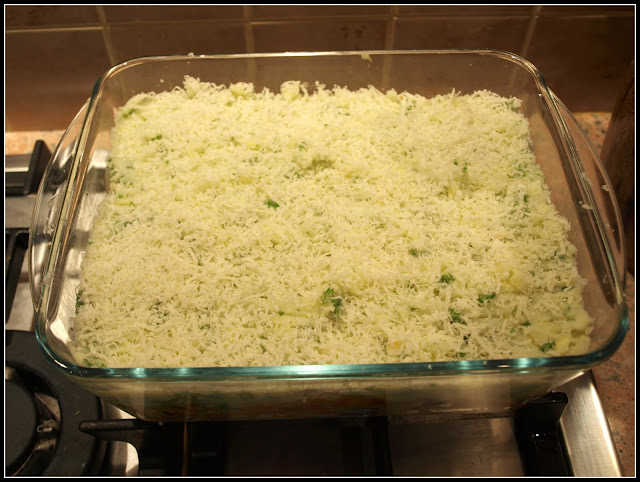 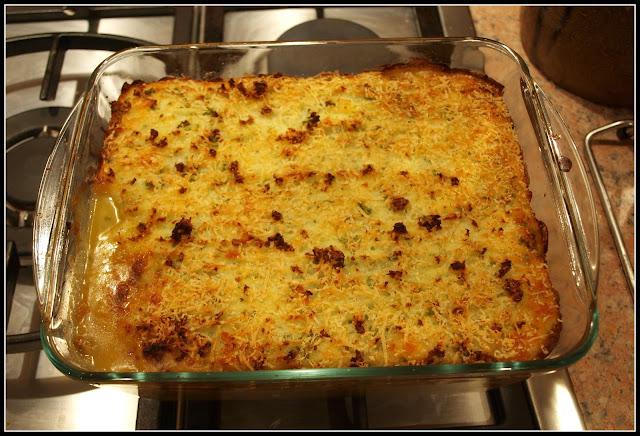 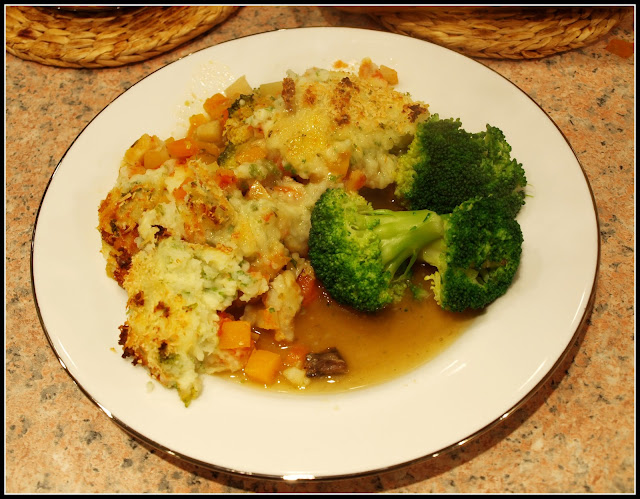 I also used the reserved stock / cooking liquour to make a "gravy". I just added to it a little slaked cornflour and then boiled the liquid until it had reduced to the required consistency. It was surprisingly nice. Concentrated essence of vegetable! 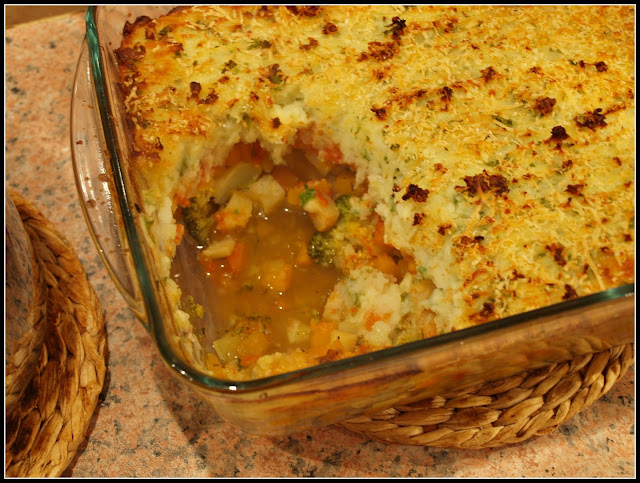 This one is definitely joining my repertoire. Next time I do it, I may accompany it with a "garnish" of meat!Crispy bacon would go well with this, or a pork chop, or even some Black Pudding.
Posted by Mark Willis at 16:00