What is the difference between a Frittata and a Tortiilla? Not a lot, as far as I can see. Both are variations on the omelette theme. Anyway, never having done this before, I wanted to make one...

My version used very simple ingredients - eggs, cooked potato, shallot, cheese, parsley.  To bulk-up the meal a bit I also decided to server the Frittata with a salad and some fried Clonakilty White Pudding, some slices of which we had in the freezer, left over from a previous occasion. 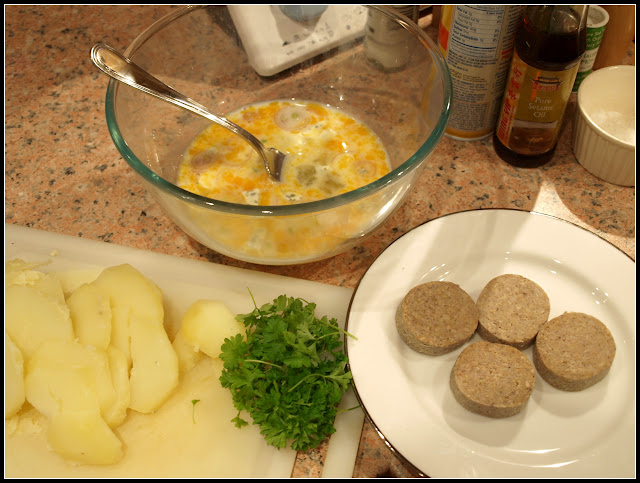 In true Marksvegplot style I didn't follow a recipe for this, I just used the general guidance from recipes seen on a number of websites I had visited in order to research the subject. Anyway, this was my method: 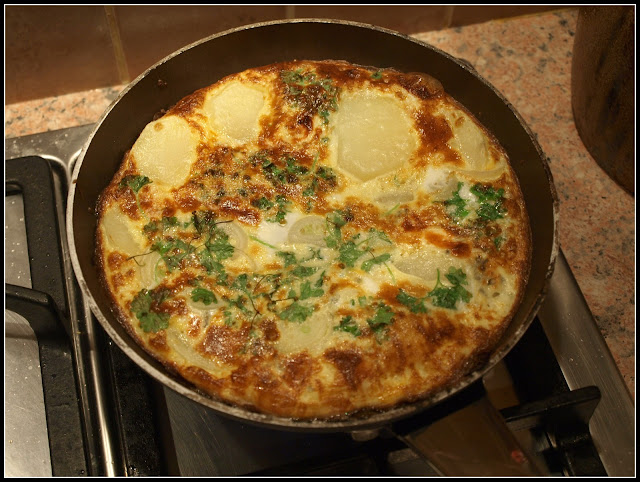 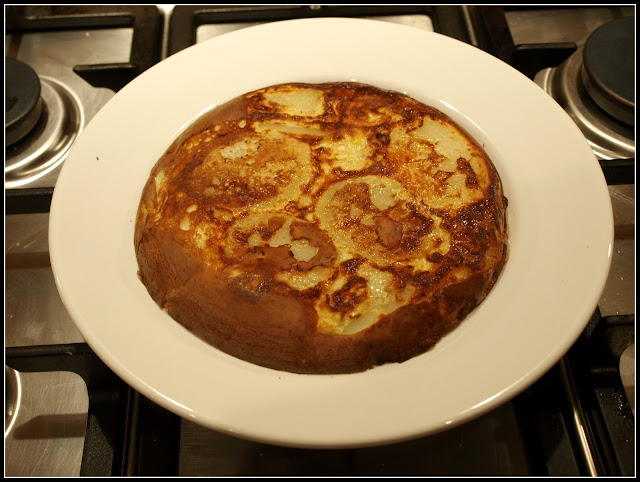 Frittata can be served hot, cold or tepid. I decided that ours would be the latter, so I left it about half an hour before serving. A few minutes before we wanted to eat I fried the White Pudding briefly in some oil, (about one minute per side is enough). I forgot to take any photos of the finished meal, but here is what the Frittata looked like just before adding the White Pudding: 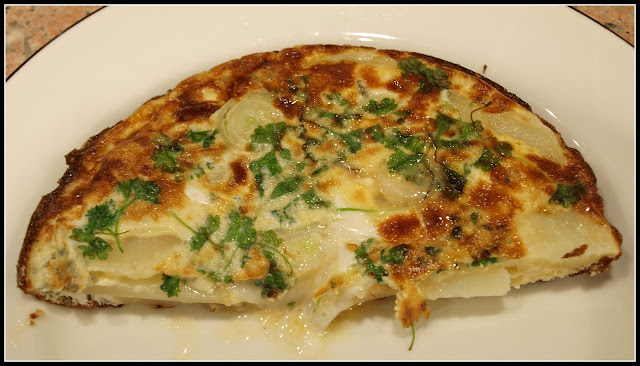 To be honest, I think it was slightly on the runny side. It would have benefitted from another minute of cooking time. If I cook this again I'll bear that in mind. And here's our salad - lettuce, endive, radicchio and cherry tomatoes. 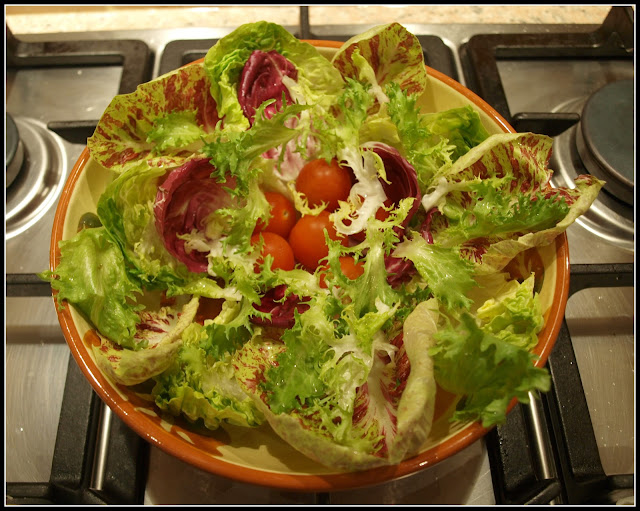 ﻿
I was pleased with the result. Certainly a quick and easy dish with a very good Effort-to-Results ratio! One to add to my repertoire.
Posted by Mark Willis at 16:00